Eddie Izzard has officially confirmed her involvement for October’s Marathon March, in what will be her hat-trick appearance.

Actor and comedian Eddie Izzard will again be joining Palace fans in the effort to raise money for young south Londoners. Eddie will be taking on the 26.2 mile (42.2km) challenge in Toronto, Canada and will be running, not walking, her Marathon March this year. 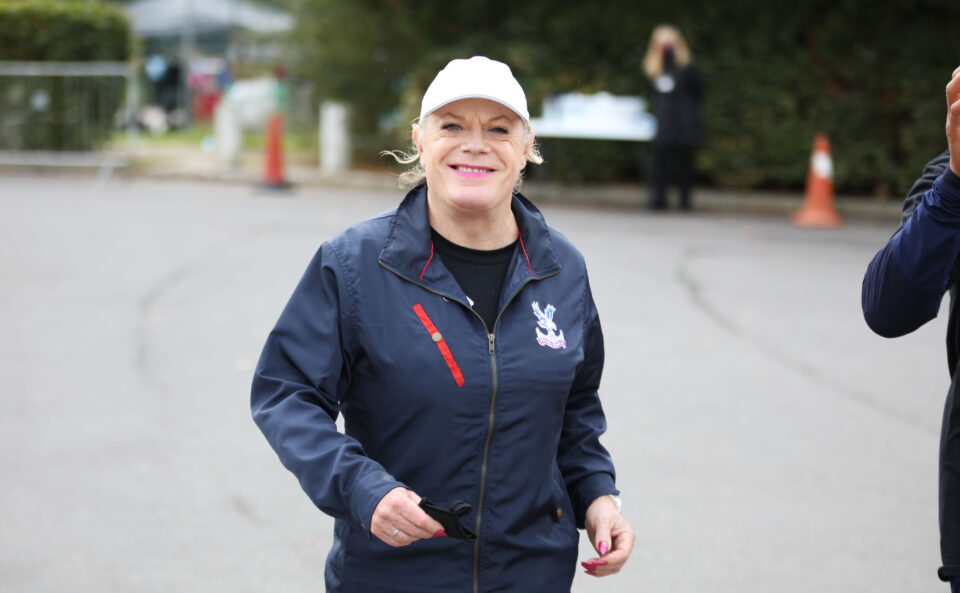 Eddie has been a passionate supporter of Palace for Life Foundation, speaking previously of her pride at becoming a Patron of the Foundation. She has taken part in the past two Marathon March events in-person and although her schedule won’t allow her to be at Selhurst Park in October, Eddie is still extremely keen to take part.

The lifelong Palace fan said ahead of her third March: “The Palace for Life Marathon March to support the south London community happens every year, but, as I am away this October I have asked if I can do my marathon simultaneously from Toronto in Canada where I am currently working.

“The marathon is a tough but wonderful thing to do, coming together with Crystal Palace fans to support the local community, and it is important to me to try and do what I can to help.

I would like to encourage all Palace fans around the world to support Palace for Life, get involved, and walk – or run! – simultaneously with us. Let’s make the Crystal Palace spirit as global as we can.”

The marathon-length walk will be running for its fifth year, and we want to make it our biggest and best event yet. Every year the Marathon March brings together Palace fans, legends and supporters, where the primary aim is to raise money for Palace for Life. The four previous years of the Marathon March have seen fans raise over £350,000 for the Foundation, directly supporting our work within the local community.

This year we have made the event available for overseas Palace fans to take part virtually and show their support for young south Londoners.

To join Eddie and Palace fans all over the world in taking on the 2021 Virtual Marathon March, or to find out more information, click HERE.

To join Shaun Derry and over 130 Palace fans at Selhurst Park for the 2021 Marathon March, click HERE.