As the year comes to a close, I wanted to take a moment to reflect on the amazing work that our team at the Palace for Life Foundation has accomplished over the past season. We have been fortunate enough to engage with over 15,000 young people through our key pillars of work, and despite the challenges that many of these young people face, we remain committed to providing them with the opportunities and support they need to thrive.

In April of this year, we launched our most ambitious fundraising campaign to date, Made in South London, which aims to raise £1 million over the next three years to help transform the lives of over 3,000 additional young people.

Fast forward to Christmas, we launched our Warm Hub initiative, in partnership with club partner cinch. This initiative provides hot meals and drinks, as well as a range of activities, to local residents over the age of 65. It has been heartwarming to see the positive impact that this programme has had on the lives of people that live in proximity to our home at Selhurst Park.

In addition to the Warm Hub, we have also been running our Christmas Foodbank Drive, collecting food for City Harvest and the Norwood and Brixton Foodbank, with donations even coming from fans of Brazilian team, Botafogo who we played against a couple of weeks ago. This is a cause that is near to our hearts, and we are really proud to be able to support those in need during the holiday season.

Each department had gone above and beyond to support our community this year. Our Primary Schools programme successfully restarted their PE, Primary Stars and after-school clubs in 38 schools following a disrupted two years. The team also hosted the Legacy for Zaian tournament at the Crystal Palace Academy for secondary schools in Croydon, in memory of the 15-year-old young man who tragically lost his life to knife crime. 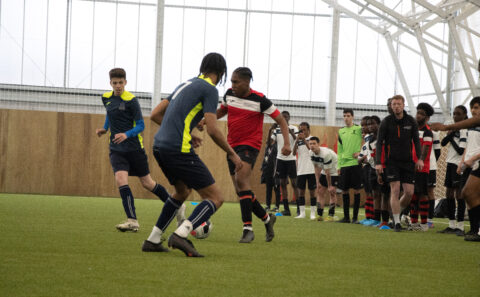 Our Pathways and Learning department, which encompasses Route to Employment, Targeted Interventions and NCS, saw GAME ON! our social mobility programme launch, with over 50 young people experiencing a variety of workshops, masterclasses, work experience opportunities and personalised support to help them to reach their goals. We also continued to deliver targeted interventions within custody suites, in schools and in community settings to over 300 young people and started a partnership with Advantage Mentoring and the NHS to mentor young people with mental health challenges.

A GAME ON! session at the Crystal Palace Academy

All departments made incredible use of the top-class facilities at the Crystal Palace Academy and Selhurst Park including our Community Sports Engagement team, who hosted the London Premier League Kicks 15-year celebration, refugee and Cut it Out anti-knife crime tournaments, which in total engaged over 750 young south Londoners. We grew our Get Involved Asian engagement programme from 80 pre-Covid to 381 unique participants, and hosted the Club’s first Ramadan Iftar event with over 100 people from the local community coming together to break fast. A special thank you also goes to the 14 young volunteers from Get Involved who organised a tournament at the Academy and raised over £2,000 for victims of the Pakistan floods. 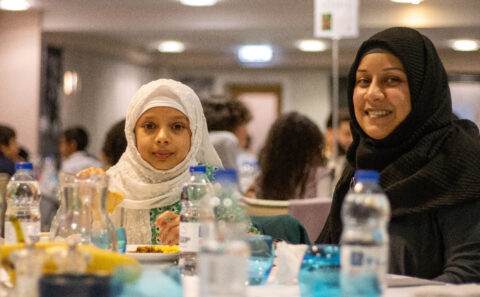 Our first ever Iftar event at Selhurst Park in April 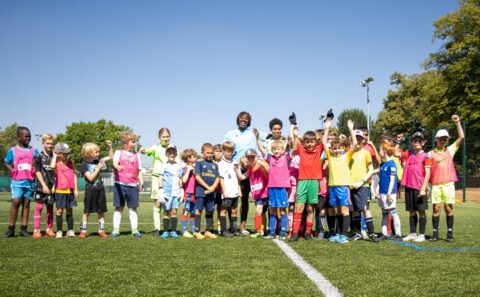 Our Disability Sports team had an unforgettable year, after our DS Eagles team took part in first team training, as promised by club manager Patrick Vieira, even testing Jack Butland in a penalty shootout! Our powerchair football team also had their best season ever, finishing second in the league. 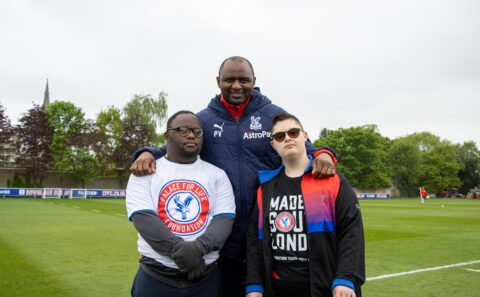 Over 150 Marathon Marchers took on the 26.2-mile trip across south London in our sixth March; with Palace legends and Marathon March regulars Mark Bright and Andy Johnson taking part as usual, chatting to fans along the way – all raising an incredible £75,000 in total. In addition, over 30 Bike to Southampton fundraisers cycled 100 miles from Selhurst to St Mary’s to watch Palace bag a last-minute winner against Saints, breaking another fundraising record, raising £34,000! 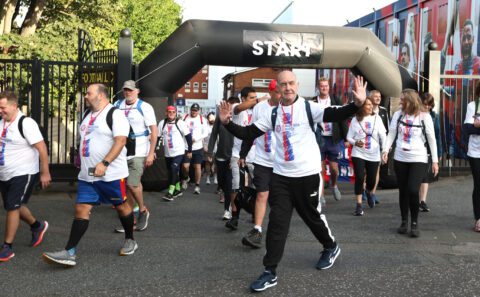 Our Marathon Marchers setting off for their 26.2 mile walk across south London

The success of these events shows the dedication and commitment of those involved, and we look forward to seeing you again at the seventh Marathon March and Bike to Villa challenge in 2023!

Overall, it has been a busy and rewarding year for the Palace for Life Foundation, and we are excited to continue our work in the coming year. We are committed to making a positive difference in the lives of young people in south London, and we are grateful for the support of our partners and donors who make this work possible.

Here’s to a successful and impactful 2023!