Palace legend Mark Bright has officially confirmed his attendance for October’s Marathon March, continuing his proud record of taking part in every March.

Former Palace forward, Mark Bright will be taking his Marathon March tally to five after he confirmed that he will again be walking the 26.2 miles alongside Palace fans, helping to raise money to support vulnerable young people in south London. 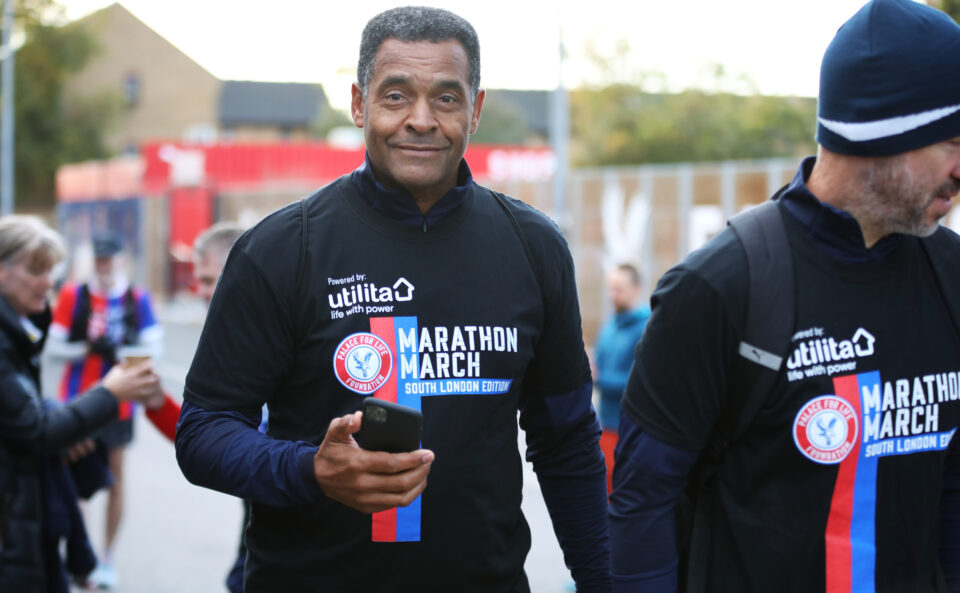 Bright has been a fantastic supporter of Palace for Life Foundation, not only has he walked the Marathon March on all four previous occasions, in 2020 he took on the 2.6 challenge and earlier this year captained one of our Race Europe squads which raised over £6,000.

The 26.2 mile walk on 9th October 2021 will bring club legends Mark Bright and Shaun Derry together with over 130 Palace fans to take on the challenge of the Marathon March.

The club ambassador said ahead of his fifth March: “The work that Palace for Life do is vital to a community club such as Crystal Palace, and the Marathon March is so important to allow the Foundation to further their amazing work.

“I’ve loved being a part of the Marathon March since it began, seeing it grow, it’s getting bigger and better year on year. It’s such an enjoyable and rewarding day for everyone connected with the club, it makes you proud to be Palace!”

To join Mark, Shaun and march alongside over 130 Palace fans at the 2021 Marathon March, or to find out more information, click HERE.