Christmas may be over for another year, and unfortunately, the challenges of the cost of living crisis will continue to affect many in the local community this winter. To offset some of the damage, Palace for Life launched a Christmas Foodbank Drive to help support those who need it most this winter.

In November, Palace for Life launched its Christmas appeal, a foodbank drive, asking fans and local residents to donate non-perishable goods at collection points at Selhurst Park to donate to City Harvest food redistribution charity; helping to support those in the local community amidst the continuing challenges of the cost of living crisis.

With the drive now closed, amazing Palace fans have donated a whopping 550 individual items, which have now been collected by City Harvest, who will distribute food to grassroots organisations including children’s programmes, food banks – such as Norwood and Brixton foodbank, who Palace have worked closely with in the past – refuges for women fleeing domestic violence and families fleeing war-torn countries, and other local groups across London welcoming the elderly and isolated. 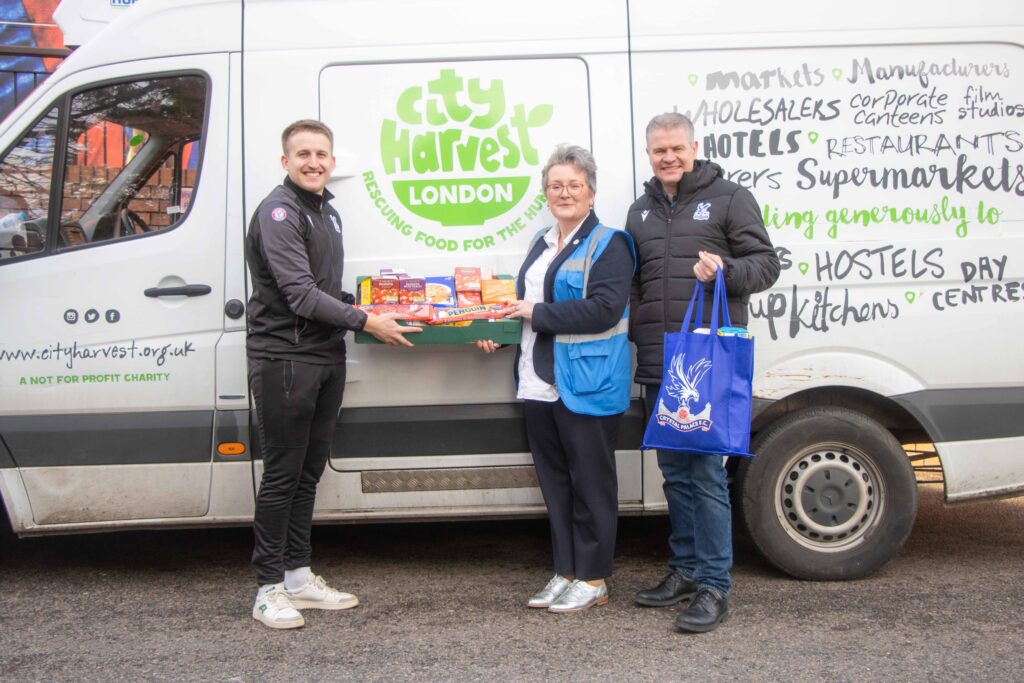 The initiative was launched at Selhurst Park in late November at the Palace Women vs Charlton game and saw families and fans donate various essentials such as tinned food, deodorants, soaps, and sanitary products in the Palace Fanzone.

It wasn’t just Palace fans who showcased their generosity, even Brazilian Botafogo supporters came equipped with several items to support the campaign when Palace faced them in a friendly on the 3rd of December.

“This means everything! It’s such an incredibly generous collection and it has two benefits. It’s a nutritious benefit because there’s a wonderful range of food in there, lots of really good store cupboard items, but actually, it’s the mental health benefit as well, they must not underestimate how amazing this will be for the local community to know that Palace fans are looking after them. It means a lot.”

Unfortunately, foodbanks have reported a surge in demand over recent years, with the number of people receiving three days’ worth of emergency food from the Trussell Trust foodbanks in the UK rising from 25,899 in 2008 to 2,537,198 in 2021.

South London is one of the most deprived areas in the capital, and foodbanks in London alone handed out 125,461 emergency food parcels between April and September in 2021 – with the current cost of living crisis causing a sharp rise in the cost of energy, food and other essentials, as well as the £20 cut to Universal Credit last year, means these numbers are likely to only increase.

Fans who were unable to visit Selhurst Park also had the opportunity to support the campaign with a financial donation, and together raised £792 for the Palace for Life Holidays, Activities & Food (HAF) programme, which provides free food and physical activities for children who are on free school meals during the school holidays.

Even though the foodbank drive is now closed, you can still donate to a local foodbank if you wish. Head to the City Harvest website for more information and if you would like to donate to Palace for Life’s Made In South London campaign, click here.

Palace for Life would like to say a huge thank you to all of the Palace fans, local people and anyone else who supported the campaign.

Read about this story on the City Harvest website here