It was a record-breaking year for Palace for Life’s sixth Marathon March, with over 150 dedicated Palace fans taking on the brand-new route across south London, raising a whopping £75,000 so far to help transform the lives of young south Londoners.

The new-route March began on home turf, kicking off from Selhurst Park at around 8:30 am, with friends, families, and even a couple of dogs taking on the challenge. 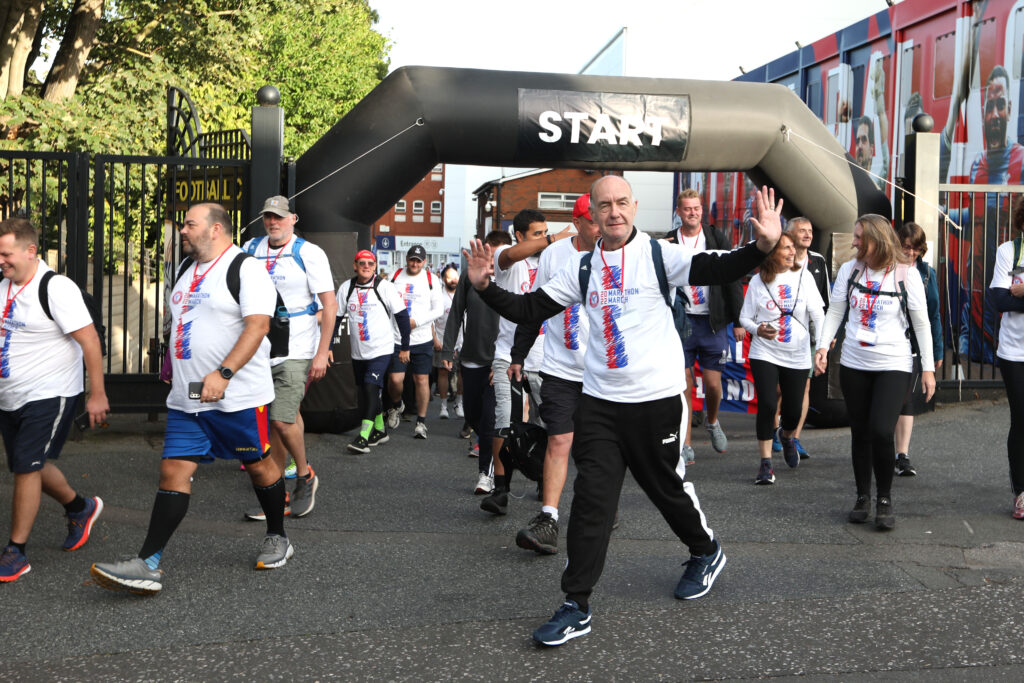 After a 5 or so mile walk, passing BOXPARK, the walkers earned themselves a well-earned food and drink stop, before continuing on through Merton Abbey Mills and hitting the halfway mark passing by Wimbledon Centre Court. Walkers may have noticed a few familiar (cardboard) faces along the way, with the likes of Ebere Eze, Patrick Vieira, Michael Olise, and more, who waited patiently at key milestones of the walk to encourage them to keep going. 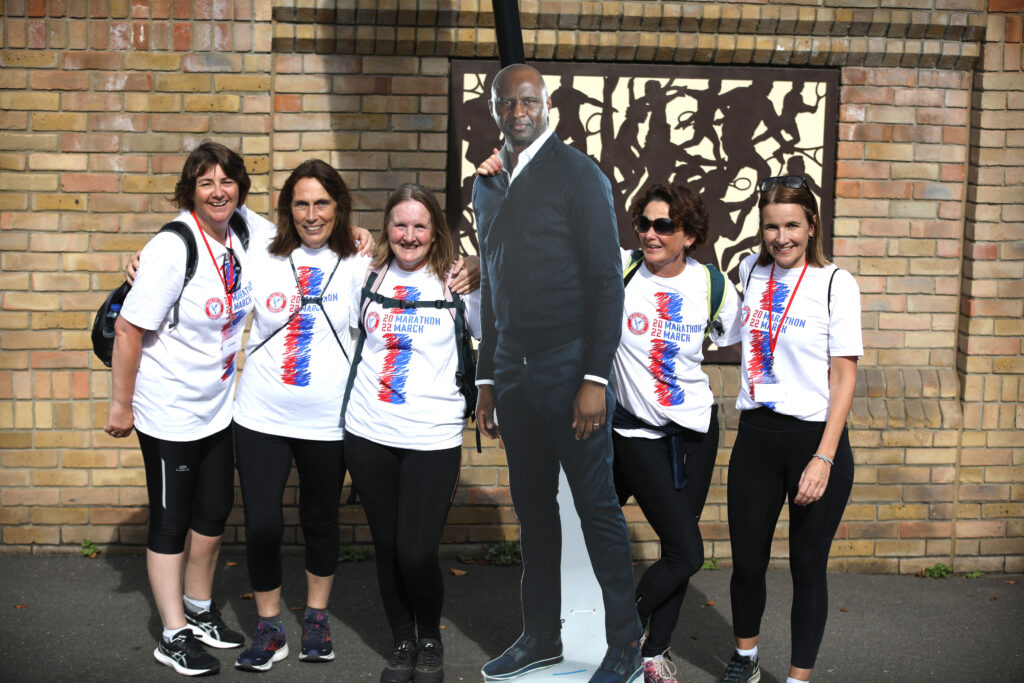 Mark Silverstein, who is a long-term supporter of Palace for Life took part this year in his fifth Marathon March, completing a total of 131 miles for Palace for Life! He wrote about his experience on Palace fan site, The Eagles Beak. 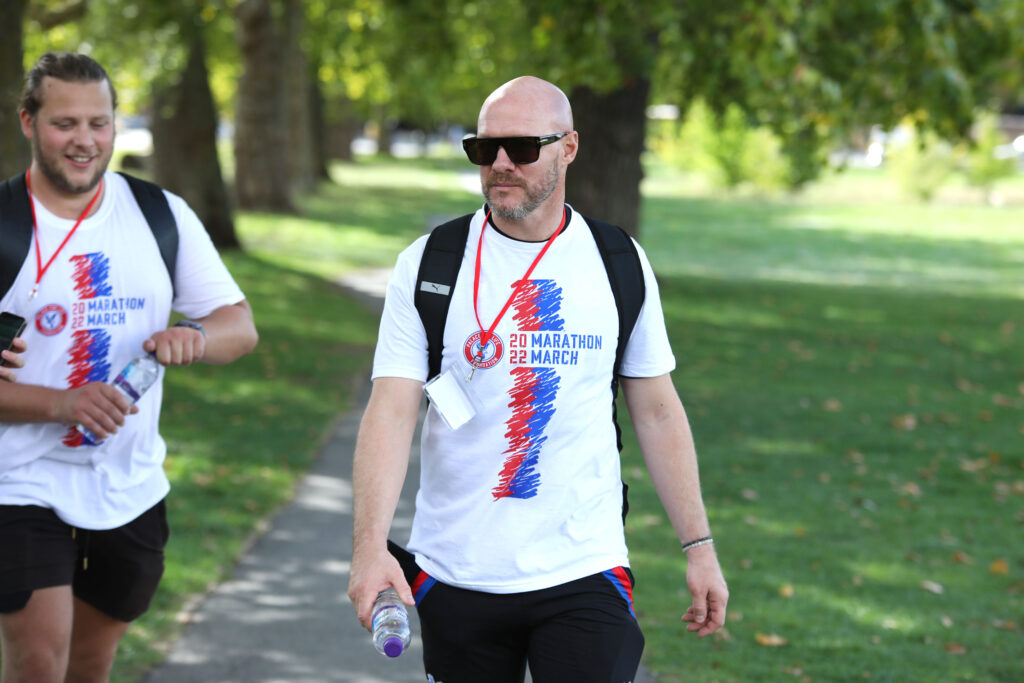 Also joining the walkers were Palace for Life Patrons and club legends Mark Bright and Andy Johnson, who walked the whole way – giving fans the chance to chat Palace and meet their heroes. 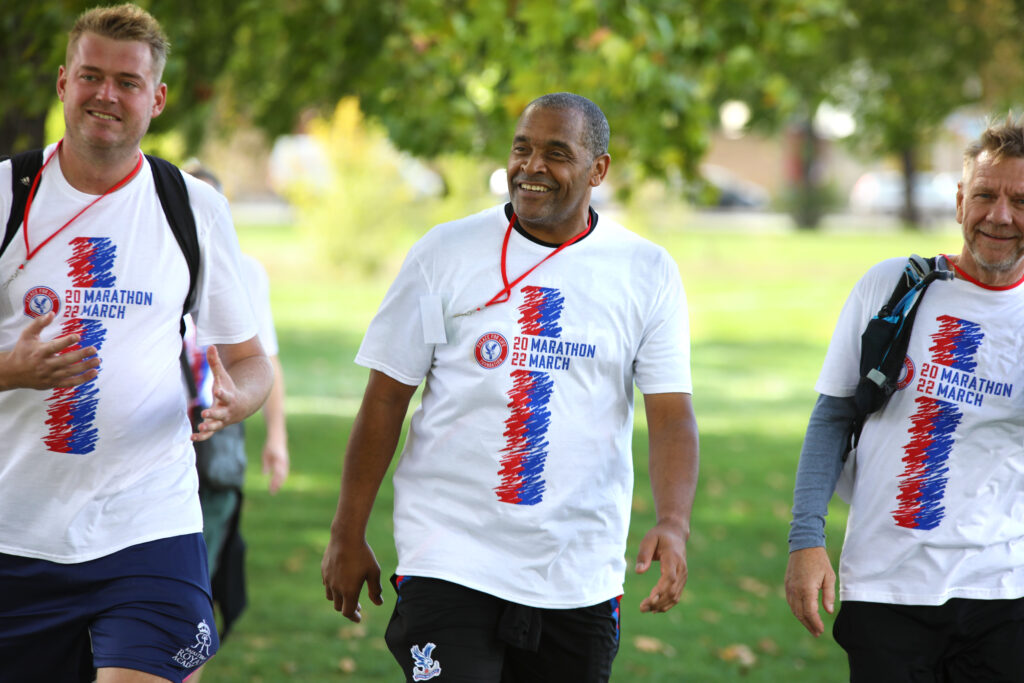 It also wouldn’t be a Marathon March without actor, comedian, and Palace for Life Patron Eddie Izzard, who took on the massive challenge of walking from Sheffield to Manchester in her own solo mission, giving us updates along the way on how she was getting on.

With legs slightly sore but spirits high, Marchers made their way through Wandsworth and Streatham Common before nailing the home stretch on their way back to Selhurst Park, where they were greeted by Palace royalty, in the form of Louis, Jamal, and Joshua from our Down Syndrome Eagles team and Crystal Palace F.C. Chairman Steve Parish, who helped hand out medals and cheer them on in their last few steps of the March. 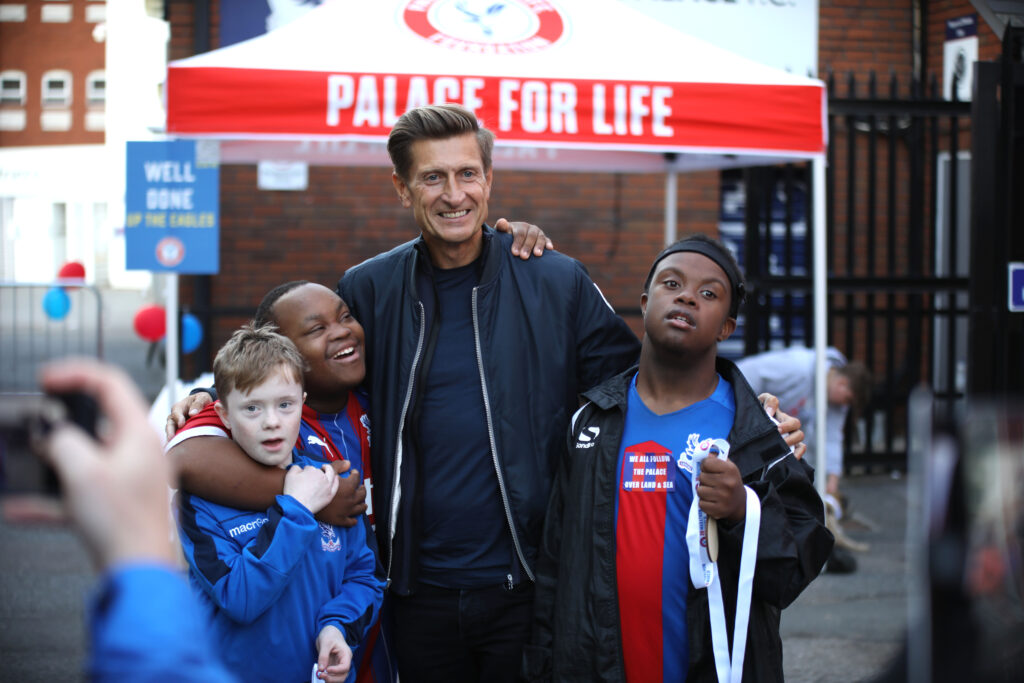 The 2022 Marathon March was record-breaking, with over 150 Palace fans taking part in its sixth edition, raising a superb £75,000 so far for Palace for Life. A huge thank you goes to everybody who took part and fundraised and those who have donated.

There is still time to support our Marathon Marchers, and you can do so here.

Watch the highlights from the day below.