A group of teenagers have redeveloped a previously unused garden at the heart of Thornton Heath, creating a safe space for children and families to enjoy. 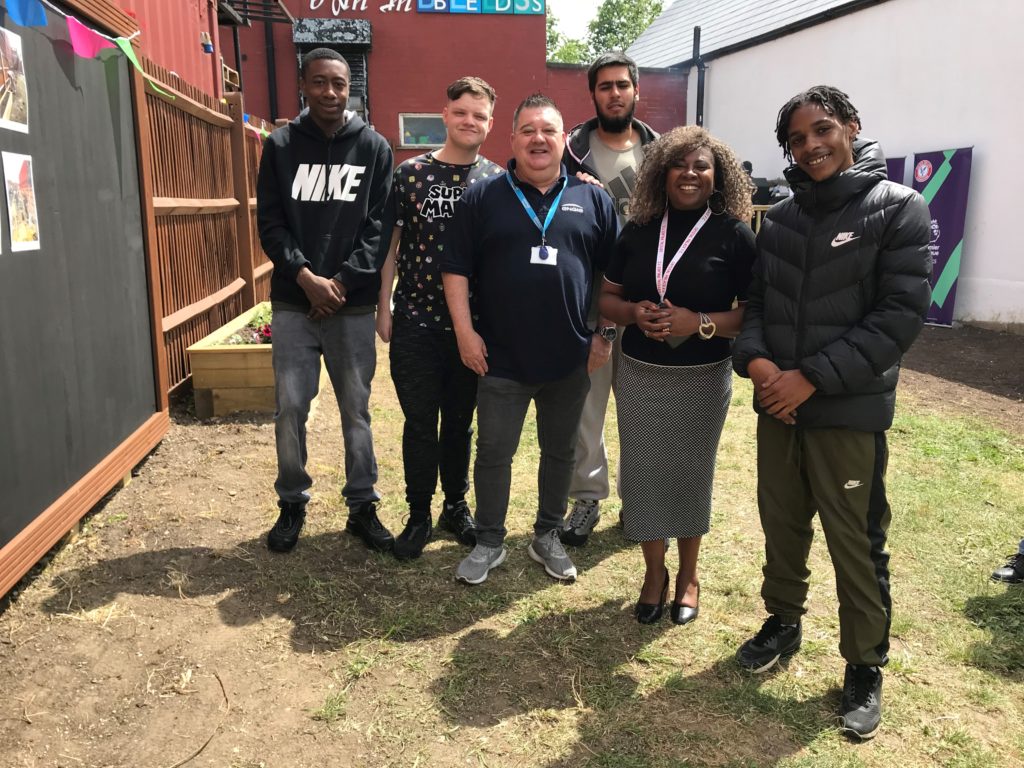 Working with Palace for Life Foundation and Engie, the 16 to 18-year-olds have spent the past 10 weeks hard at work in the garden at Salvation Army and today (Wednesday 29 May) enjoyed the official unveiling along with members of the community.

The group is part of Palace for Life’s Premier League Works programme, which uses the power of football clubs and the Premier League to engage young people who are not involved in education, training or employment.

Palace for Life has partnered with Engie to provide the group with hands on construction training and qualifications and one of the group, 17-year-old Joshua Latibeaudiere, impressed so much that he has secured an apprenticeship with Engie when he turns 18.

“There are no words to explain how I feel, I’ve accomplished something that I couldn’t do a year ago."

He said: “There are no words to explain how I feel, I’ve accomplished something that I couldn’t do a year ago and I’ve come so far with this Engie team, they’ve helped me so much. It feels so good to see people walking around here, I feel so proud to know that I did this, I can’t stop smiling.”

Another of the group, 18-year-old Hamza Atiqe added: “We built a stage and flower beds, it was a hard task but we accomplished it together, I feel proud to see how it is and to know there is a space here for people to use.” 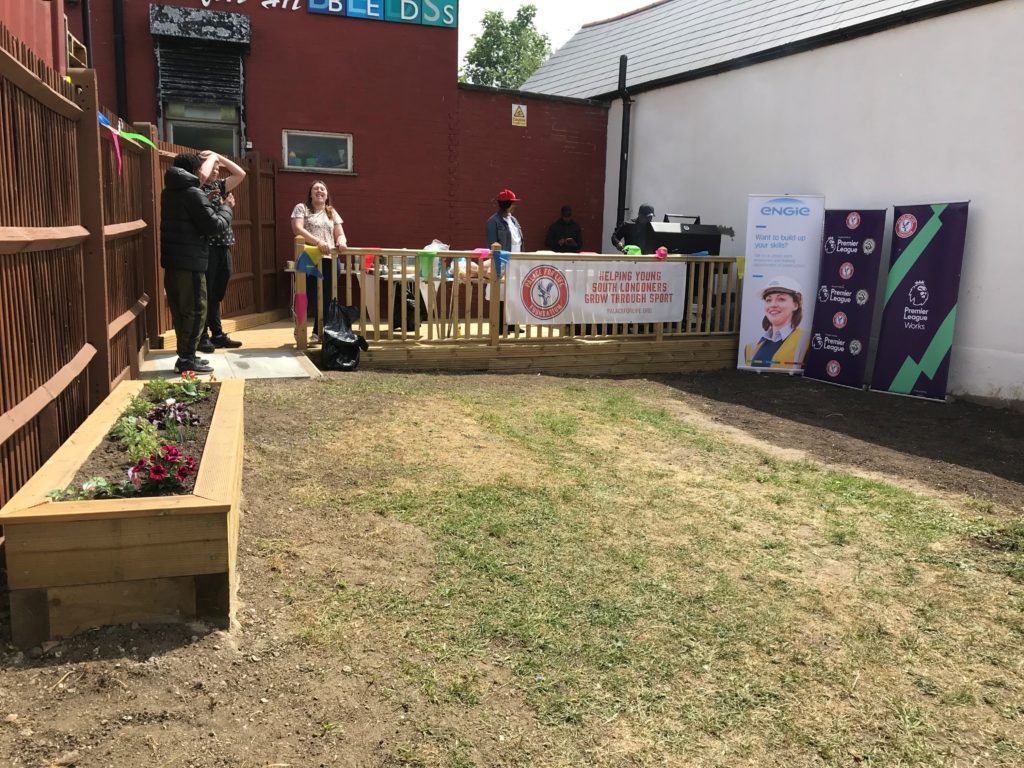 The Salvation Army has provided free space for Palace for Life to deliver a number of programmes and sessions over the past year, including a Healthy Eagles holiday club in 2018 where 600 healthy meals were served to children.

"A lot of the families we work with don’t have garden space, so to be able to offer that to them and give children a place to run around and get some fresh air is just amazing."

Salvation Army Minister at Thornton Heath Laura Wood said: “We’ve wanted to do something with this space for so long, a lot of the families we work with don’t have garden space, so to be able to offer that to them and give children a place to run around and get some fresh air is just amazing. We’re now excited about what else we can do here in the future!”

Alan Beech, Community Impact Manager at Engie, has worked with this group for the past few months and was delighted to see the garden take shape: “We supported the young people with all of the construction work involved, teaching them and showing them the different skills they needed and, as you can see, the garden is totally transformed! It’s been a real pleasure to work with them and see the commitment they’ve had from the very start and watch them grow as people.” 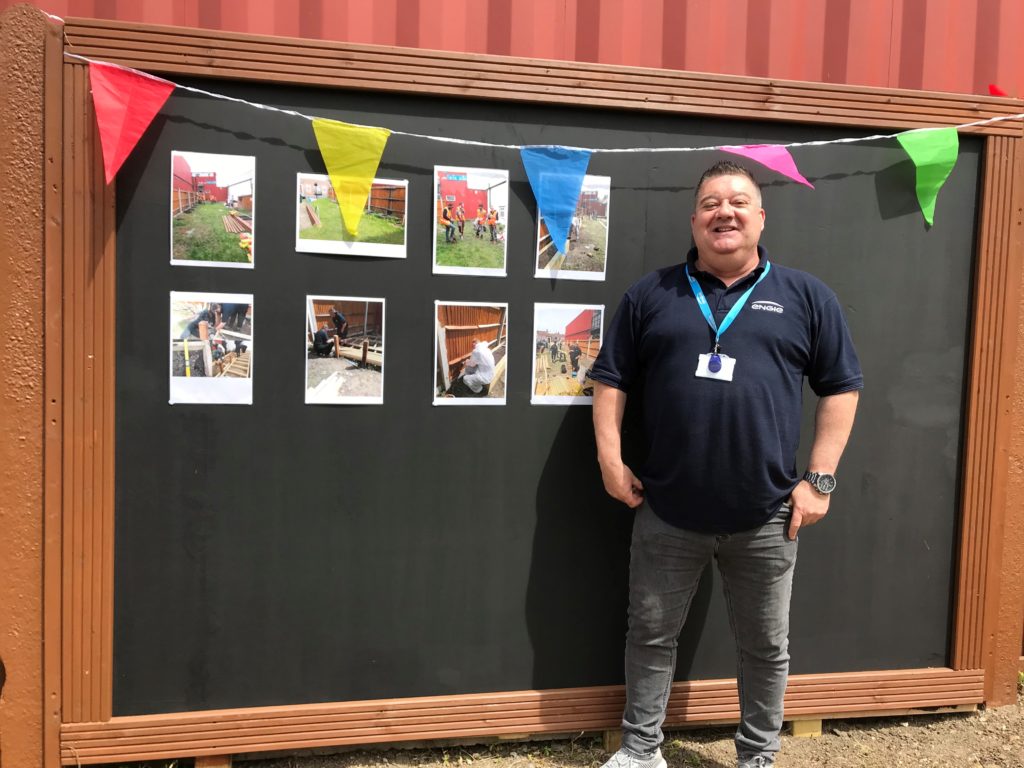 Palace for Life’s Head of Education, Training, Employment and Targeted Intervention Susan Patterson-Smith added: “I feel so proud, when the young first people come in, they’re a bit nervous and they’re not really sure what they want to do, and then every week they just grow in confidence as they learn new skills and meet new people.

“The staff at Engie really put them at ease and that’s why it’s such a great partnership. This is real social action, for the young people to see this garden that they helped to create and is now being used by families and children, they can understand the role they’ve played in that.” 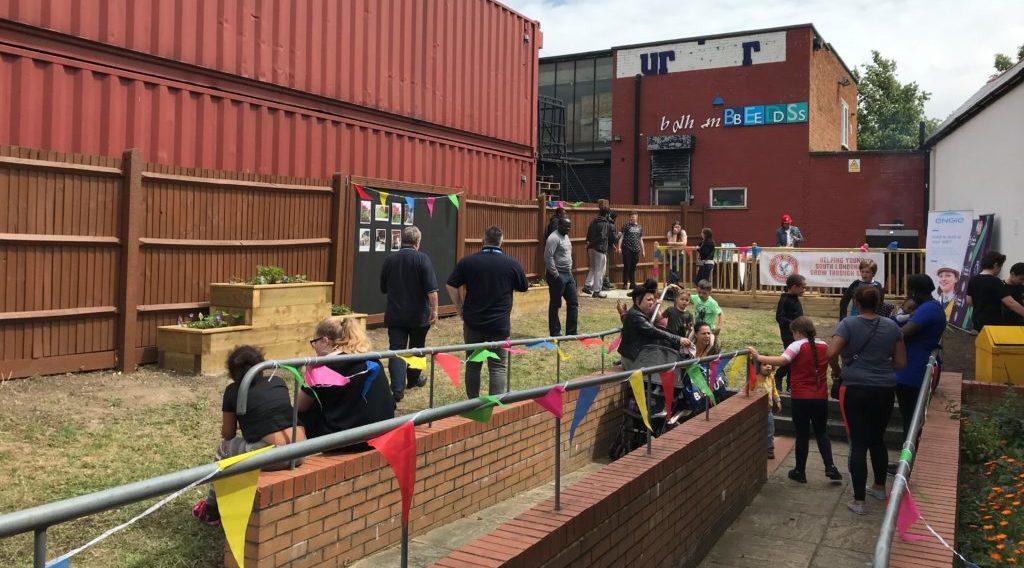