Palace under 23 Manager Shaun Derry has officially confirmed his attendance for October’s Marathon March, in what will be his second consecutive year.

Hillsborough hero & current under 23 manager Shaun Derry will again be joining Palace fans on the 26.2 mile walk around south London, helping to raise money to support vulnerable young people in the community. 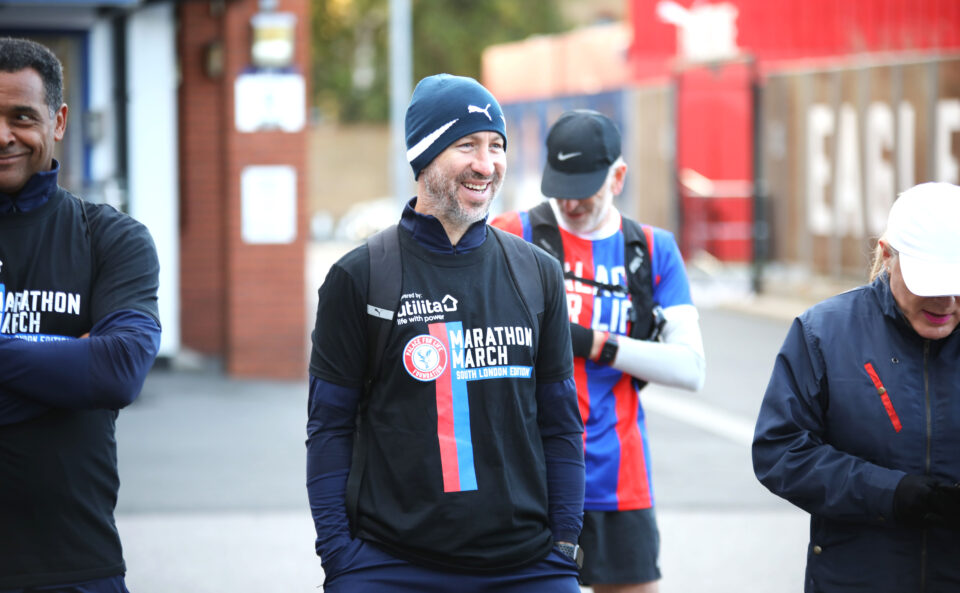 Fresh off the back of a successful promotion season to Premier League 2 Division 1, culminating in a thrilling penalty shoot-out win over Sunderland at Selhurst Park, Derry will be returning to SE25 on 9th October 2021 with over 130 Palace fans to take on the challenge of the Marathon March.

The former club captain said ahead of his second March: “I’m always keen to get involved whenever there’s an opportunity to help the Foundation, so jumped at the chance to join this year’s Marathon March once I knew I was available.

“It was such a great day last year, bringing together so many Palace fans after many months apart where we raised a lot of money for Palace for Life to help support the local community. Let’s make this year even bigger!”

To join Shaun and march alongside over 130 Palace fans at the 2021 Marathon March, or to find out more information, click HERE.