Veronica has been playing football since she was five, but it was not until this season, when Foundation coach and Palace Ladies player Pam McRoberts began coaching at her school, that she started taking it more seriously. 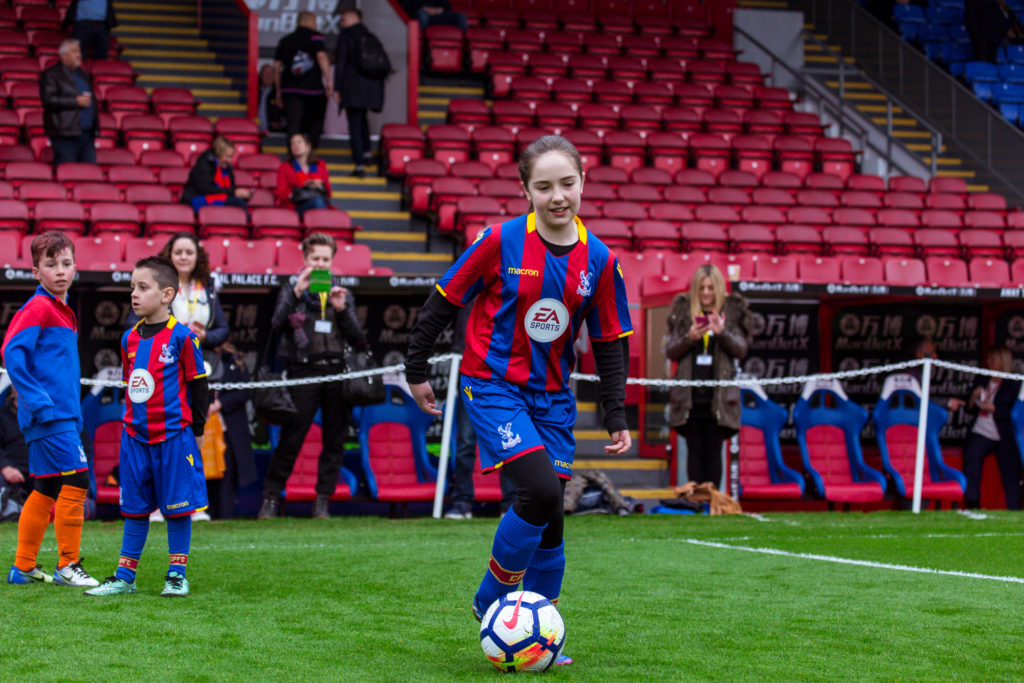 Veronica on the pitch at Selhurst Park

The Sydenham School pupil attended after school sessions as part of the Premier League Girls Football programme but was keen to play more regularly and turned to Pam for advice.

Pam explained: “I was really impressed with Veronica’s attitude and commitment to training. When she expressed her interest to join a team, I made contact with the coaches at Palace Ladies and confirmed she could go for a four-week trial.”

Veronica’s confidence grew during the four weeks that she trained with the team, and following her trial period, she was invited to play with the under-13s for the rest of the season. Now training and playing matches with Palace Ladies, she plays football up to four times a week.

Pam continued: “I was really happy when she told me the good news she would be signing for the team! This is a great reward for her hard work this year and I look forward to seeing her progress and develop. I’m delighted that she also has the chance to walk out at Selhurst Park as a mascot.”

Veronica’s mum added: “Pam has been incredibly helpful, there has been a huge difference since she has taken over the training at the school. The improvement since her involvement has made it feel far more worthwhile to Veronica to keep going with football.”

Reflecting on her experiences this season, Veronica said:

“Since the Palace for Life Foundation has been coming to school, I have taken part in the weekly session, competed in the FA People’s Cup competition and joined the Palace Ladies. One of the games was against Chelsea and we won 3-1, it was really exciting and I nearly scored a goal!

“I love to play football and I’m grateful for everything Pam has done for me.”

Kayleigh Downey (Veronica’s PE teacher) was positive about the programme’s impact on everyone that took part:

“The programme has helped to improve the amount of girls who attend our football club and provided us with more fixtures so we can play more competitively against other schools.

“I would definitely recommend the programme to other schools as we struggle with getting numbers within the club and it helped boost that. If they can improve it in our school I’m sure they can in other schools.

“Thank you for coming and helping improve our girls’ football skills, we look forward to seeing you next year”