A smoothie dedicated to Eagles defender Patrick van Aanholt has won a competition that was entered by over 200 schoolchildren in south London.

Six children, aged between eight and 11, were selected for the final of the Palace for Life Foundation Healthy Eagles Smoothie Challenge with recipes they had designed for their favourite players.

The lucky finalists became chefs for the day when they visited the Crystal Palace Training Ground to create their concoctions, which they had chosen with nutritional benefits to players in mind. 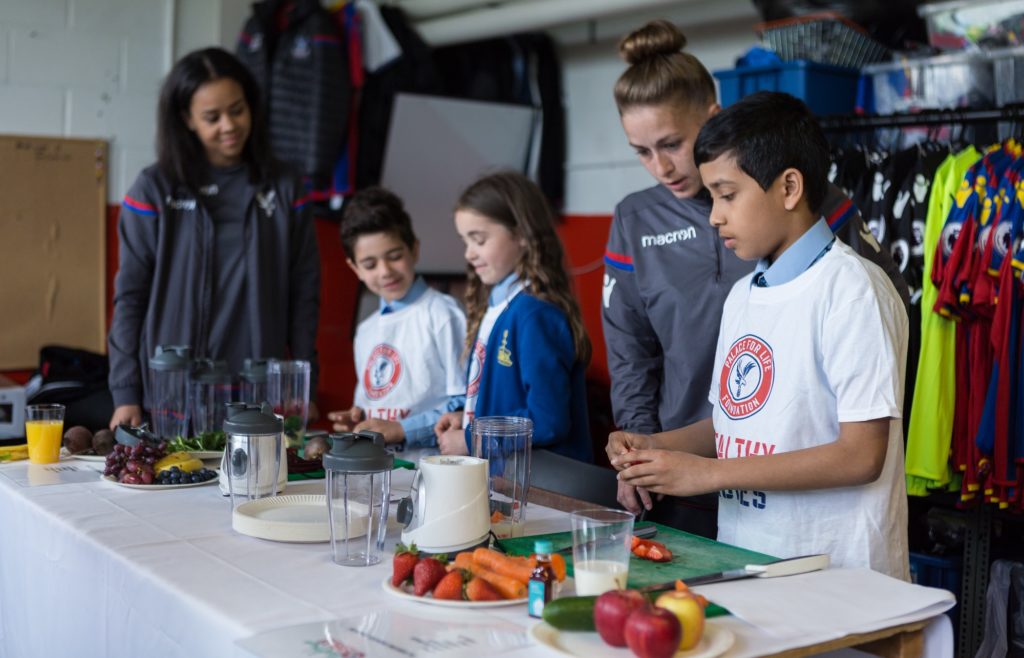 After conducting a taste test, players from Crystal Palace and Palace Ladies selected the overall winner, the ‘Patrick ban-Anaholt’, which was made for 2018 PFA Community Champion Patrick van Aanholt. 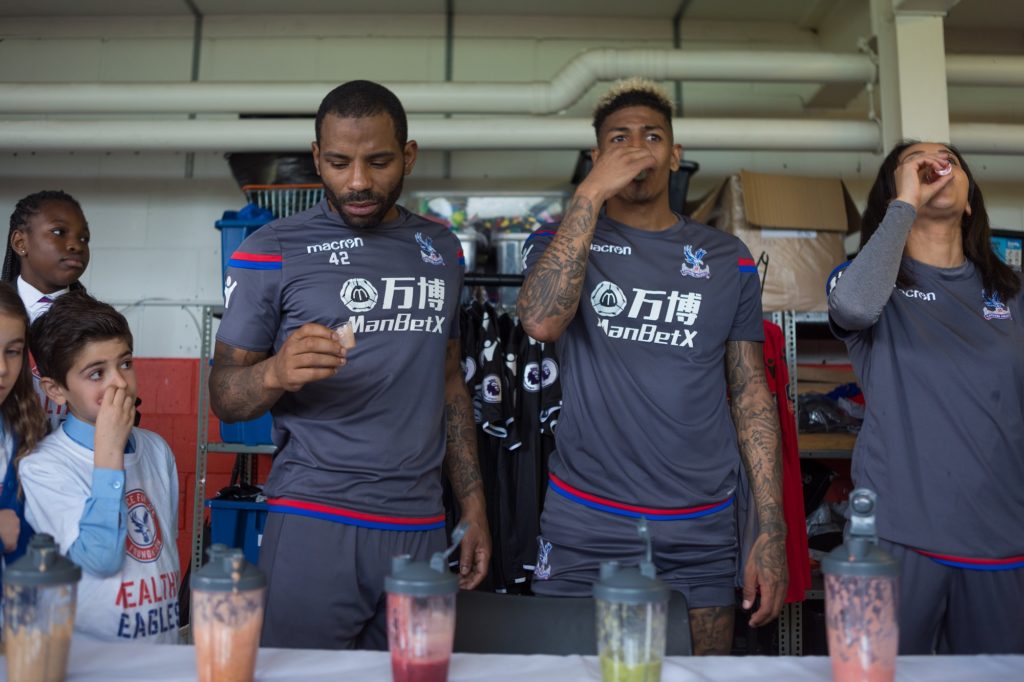 He said: “I was really impressed that the children came up with these recipes for us, you can tell they put a lot of thought into it. I’m obviously pleased that my smoothie was the winner, but I want to congratulate all of them for taking part!”

Khadijah, who attends Oasis Academy Shirley Park, created the smoothie with a winning combination of banana, kiwi, spinach, carrot and lime. Speaking afterwards, the 11-year-old said: “It was an amazing experience and I will cherish it forever.” 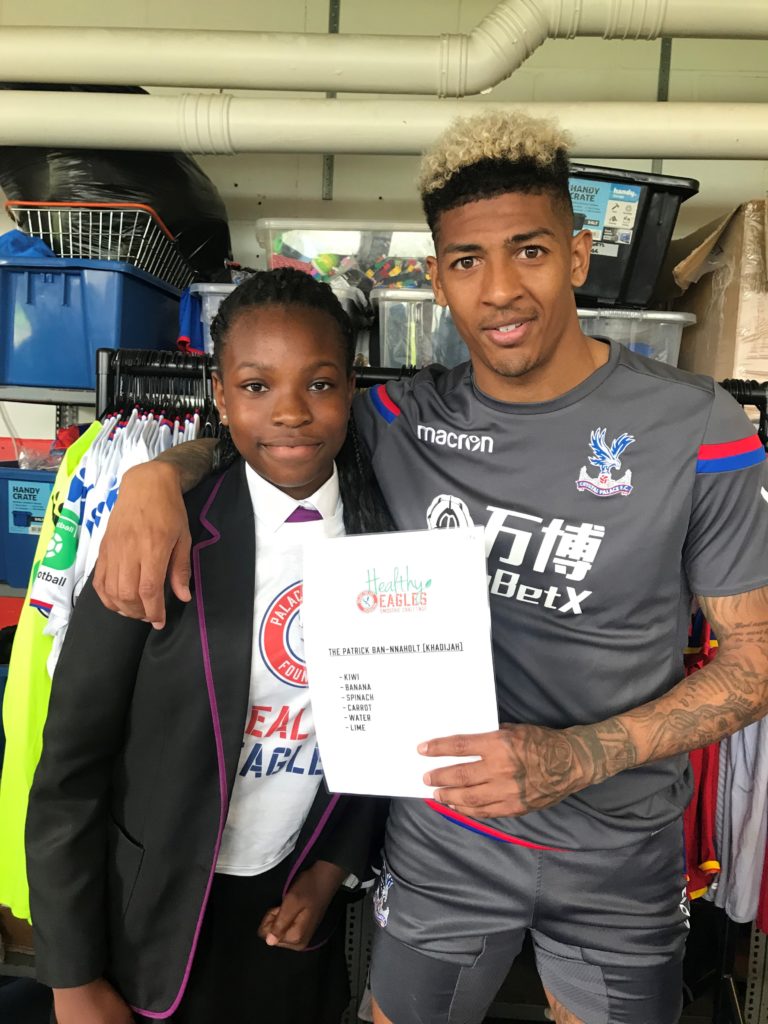 Khadijah and Patrick with the winning recipe

The Smoothie Challenge is part of the Foundation’s wider Healthy Eagles campaign which uses the power of Palace to inspire and encourage young people and their families to lead an active and healthy life.

Palace Head of Sports Medicine Dr Zafar Iqbal said: “It is vital that children of this age gain a solid understanding of a balanced diet and the need for daily exercise. Smoothies often contain a lot of sugar, so it was important for them to understand that by including both fruit and vegetables they were creating a healthier option.

“It is fantastic that our players have been enthusiastic supporters of the Healthy Eagles campaign and helping to inspire young people to lead healthier lives.”

One of the entries came from a local youth group run by Croydon Council for children who are in temporary housing. The group were represented on the day by eight-year-old Yasmine, who made ‘Crystal Energy’ for Palace Ladies midfielder Nikita Whinnett. 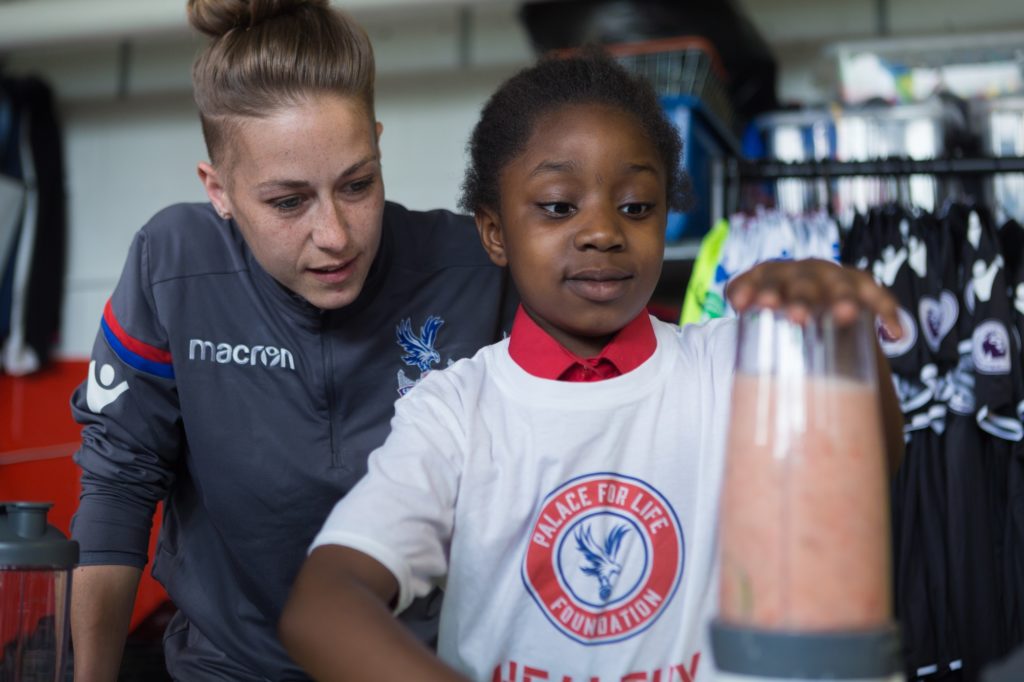 Nikita added: “It was such a pleasure to be involved with the Healthy Eagles Smoothie Challenge and I was honoured that Yasmine had created her smoothie for me. There is no better feeling than meeting young fans and I hope they all had a day to remember.”

Thulasika said: “I couldn’t believe I made it to the finals. It was a great feeling to know that my smoothie was liked by Pammy McRoberts because it was made for her. It was awesome meeting so many players and getting their autographs, thank you to Palace for Life Foundation for making this possible.”

The other finalists were Rayan and Isla from Raglan Primary School, who created ‘Eagle Booster’ for Wilfried Zaha and Warren from St Mary’s Junior School, who made ‘The Shooting Smoothie’ for Luka Milivojevic. 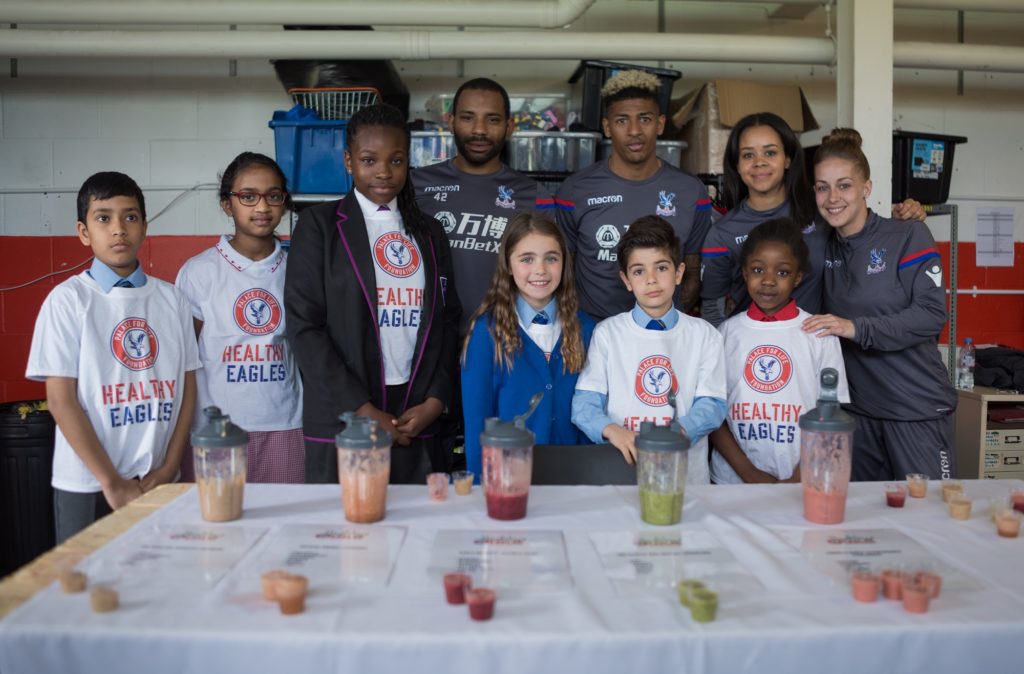