Harrison, aged 11, has written a moving letter (see below) on the impact that he believes his PE classes with Palace for Life Foundation coach Richard Gent have had on his life, confidence and love of sport. Richard started delivering his PE intervention project at St Chads Primary School in Croydon four years ago, when Harrison was in Year 2, as part of the Foundation’s Premier League Primary Stars programme. Harrison was in one of Richard’s classes and the two formed a close bond, working together to improve Harrison’s social skills and develop his love of sport.

Before Richard began his PE intervention programme, Harrison lacked the social skills which would help him to interact with others and took no interest in his PE classes. Richard explained: “When I first met Harrison he was in Year 2. He was very shy and low on confidence. He would get very upset if he could not perform a skill, and often felt he let others around him down.”

Harrison’s confidence has since seen a huge improvement: not only has he built up strong friendships and developed key team-working skills, but he has also fostered a real passion for football. Harrison decided to write a letter on the life-changing impact Palace for Life has had on him: 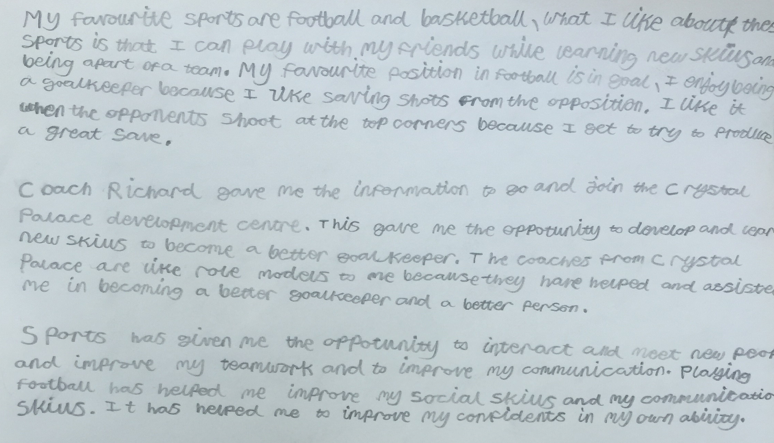 Harrison is not the only person who is enthusiastic about the effects that Palace for Life has had. Others around Harrison have also noticed the positive transformation he has undergone over the past four years. His mum Lisa spoke of the self-esteem boost she has noticed in Harrison and the importance of his relationship with Richard: “I strongly believe coach Richard has had a major impact on Harrison and his confidence both in sport and on and off the field, around school. Harrison looks up to coach Richard and as a family we value that he takes time to look out for Harrison.”

Through football, Harrison has become better at dealing with failure; an important lesson which can be applied to other areas of life. One of his school teachers commented: “He doesn’t get upset when something goes wrong or he can’t do something, but he thinks what could I do better next time.”

By focusing on Harrison and tailoring the delivery of his PE sessions to Harrison’s needs, Richard was able to ensure that his work helped Harrison to develop the skills he was lacking and therefore had an individual impact. Richard explained: “Harrison is a great example of how focusing on life skill development in PE can have a huge impact on a child’s enjoyment of all aspects of life.

“Harrison has now started to have an impact on others around him as well, through his determination to improve he has been able to perform under pressure and motivate others through his performances, which is encouraging others to stay focused.” 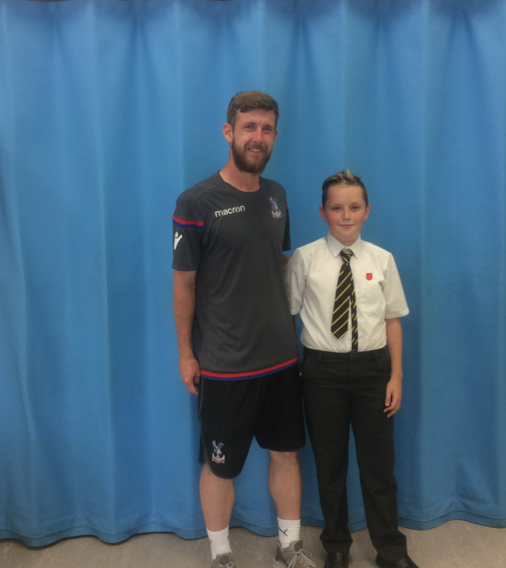 Harrison has since been able to build on his love of football playing for his school team and, through a Palace for Life recommendation, has also started playing for Dulwich Hamlet FC Under 11’s.

If you would like to support more children like Harrison in south London, you can donate by visiting www.palaceforlife.org/get-involved/donate/ or getting in touch at fundraising@palaceforlife.org.