Watching a group of footballers train on a Wednesday afternoon in Crystal Palace, it would be easy to assume they are a group of colleagues or school friends. However, this is football with a difference, where players support one another through their most difficult times. This is the Croydon Eagles Mental Health Team. 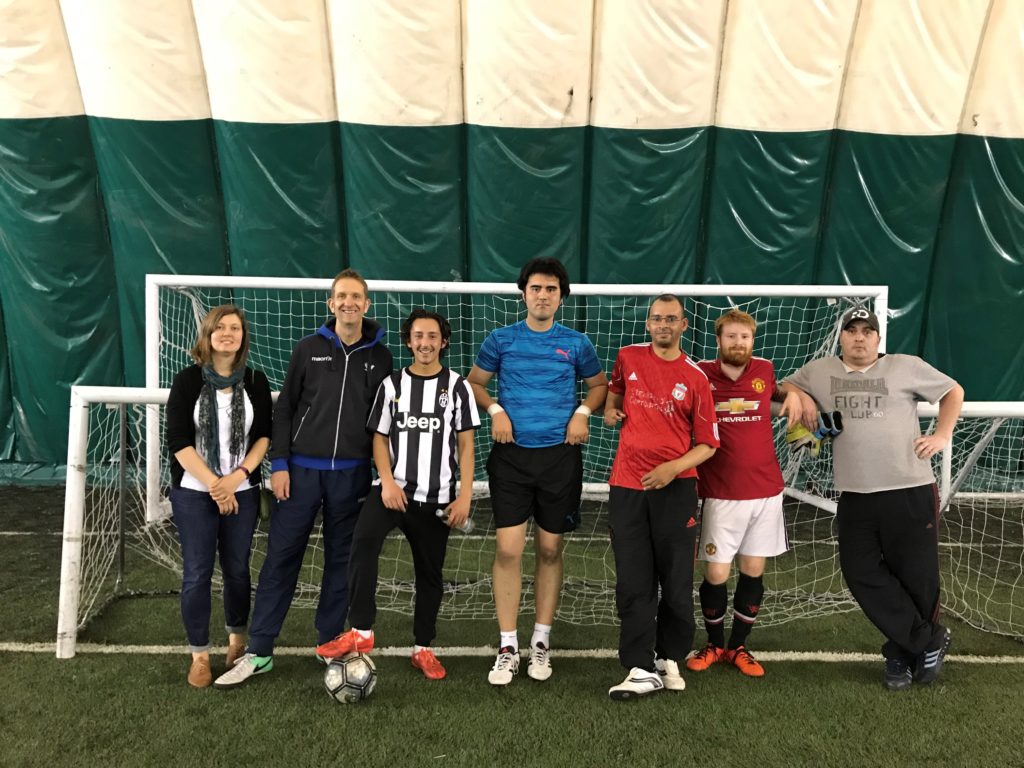 Supported by Palace for Life Foundation and Mind in Croydon, the team has been together for more than eight years, growing from a small group in the stadium car park to more than 40 players training at Crystal Palace National Sports Centre this year.

“Out there you’re a team, if someone has a problem, you work with them to find out what’s wrong. We’ve created an atmosphere where we can all work together, rather than be scared or anxious. That’s what our team is about, unity and coming together,” explains 24-year-old Lee, who has been attending for over a year. 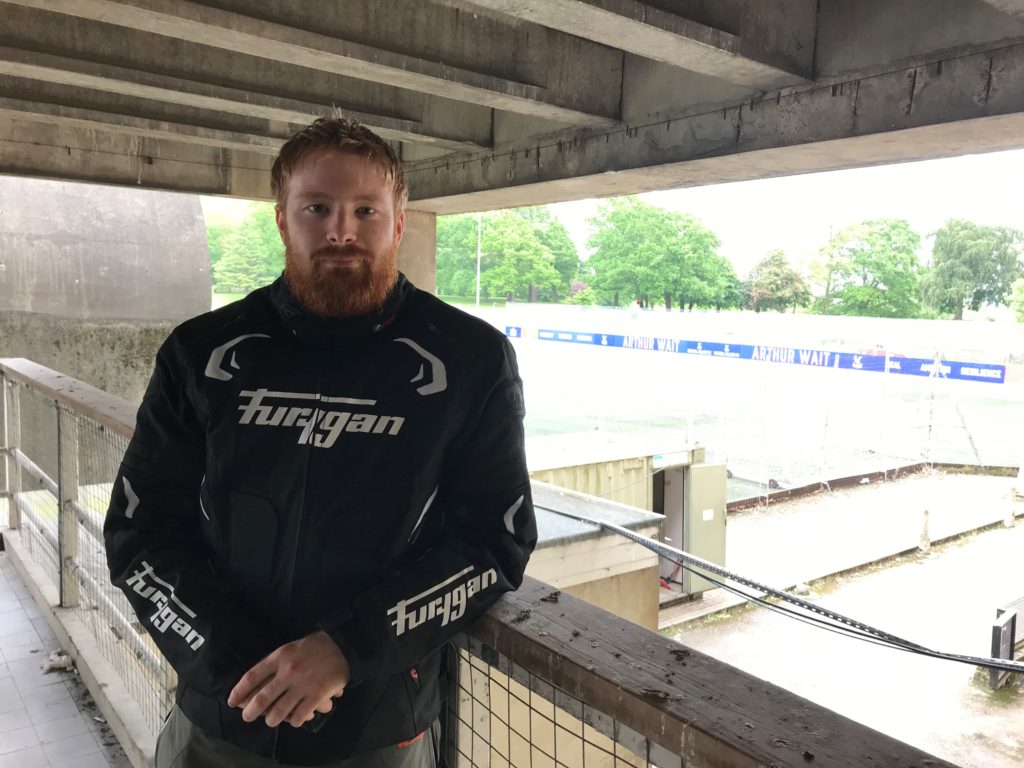 “You can’t always tell what someone is going through by looking at them. Mental illness can affect you at any age, it doesn’t matter if you’re rich or poor.

“It’s nice to meet other people who I can talk to, hang out with and confide in. Here we won’t be judged, we feel safe and secure,” he continues.

Dora Crook, Active Minds Manager at Mind in Croydon, has been involved from the start and refers people to the team to assist their treatment and recovery from wide-ranging mental health illnesses.

“It started with one of our service users saying they wanted to do some football and from there it has just grown and grown,” she says.

“It’s amazing to watch people and see how their confidence grows from being part of something. Some people have gone on to find employment and we have others who have started volunteering.

“When we ask people what keeps them going it’s the social network, they’ve got a nice social group outside of football that’s grown from this, before people would be alone in their flats, or even their rooms all day.”

James, 41, has been playing with the team for over three years after initially coming to sessions with a friend. He credits the group with helping him come out of his shell and has now taken on the responsibility of team manager, organising fixtures and kit for the team.

“I was bad with my depression and anxiety and I wasn’t coming out much and then coming here and meeting new people, that really brought my confidence on. Being given that responsibility [team manager] just boosted my confidence so much, it’s days like this that I look forward to, getting out the door and knowing the boys need me keeps me motivated.”

A recovering alcoholic, James is now also working towards setting up a new team in Bromley for a drugs and alcohol service.

“I stopped drinking eight months ago and it’s given me the confidence to go to Bromley Council and say I think this could work for recovering addicts, I would never have thought of doing that before, it’s made me a better person,” he explains.

Palace for Life Foundation Disability Manager Michael Harrington has also been a part of Croydon Eagles since the beginning:

“It never ceases to amaze me the changes that I have been fortunate enough to see in the people that have come to us over the years. Quiet, shy, and sometimes scared adults who feel they have nothing much to live for, who over a period of time regain their self-confidence and self-worth,” he explains.

“Our emphasis is on using the power of football, and of Palace, to offer people the opportunity to do things that the majority of us take for granted, like play sport, have friends and to feel part of something. To get all this out of playing football is something not to be missed.”

Another player who has been able to pursue new ambitions is 25-year-old Oliver, who has been playing with Croydon Eagles for eight years. Initially starting out while he was at college, Oliver is now a University graduate and has set up his own academy for youngsters in Annerley. 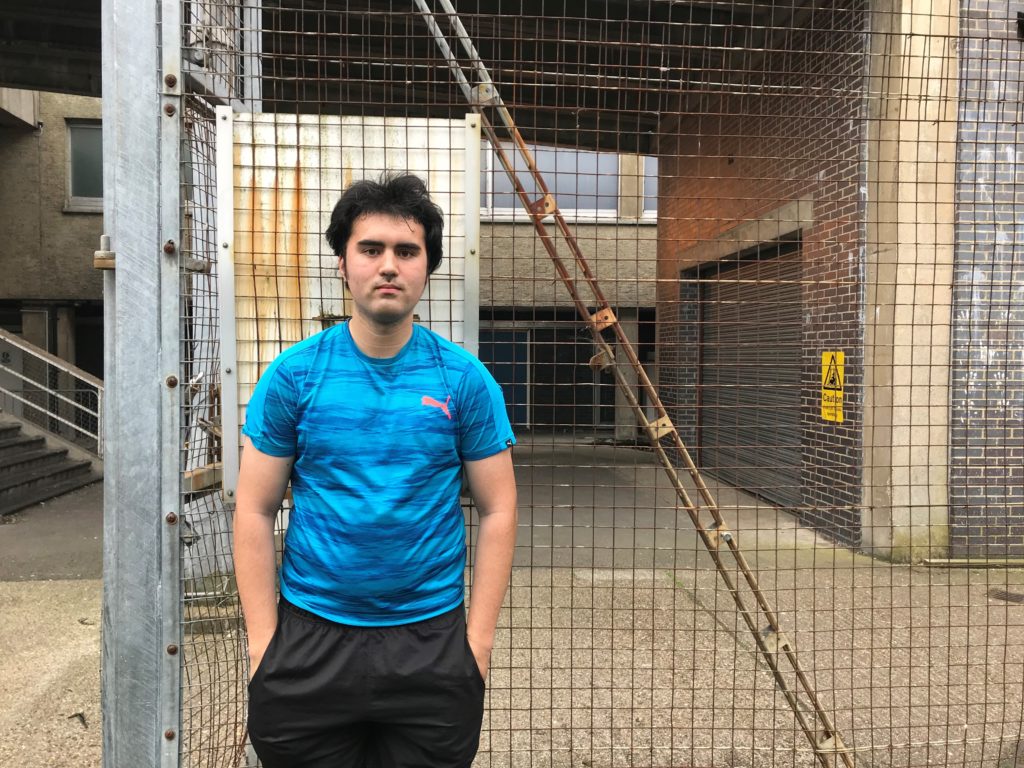 “It’s a community group, nothing too formal, it’s mainly training but we do have a big tournament coming up in a few weeks, so we’re preparing for that at the moment,” he says.

“Michael [Harrington] was very key, he gave me a lot of sound advice to get into coaching and set up my own project and without Michael’s help I couldn’t have achieved what I have done.

“Seeing what the players can do is really rewarding, the parents are very grateful and the kids enjoy it, that’s what it’s all about.”

The camaraderie in the group is clear to see, as training finishes, players shake hands, share jokes and wish each other well. It falls to James, one of the more vocal players in the group, to have the final word.

“We’ve got guys here who haven’t spoken to anyone in ages, haven’t left the house, when they come along and score their first goal and everyone gives them a cheer, seeing them with a smile on their face is just brilliant.”

To find out more about the Croydon Eagles and Palace for Life Foundation’s work in mental health, please contact MichaelHarrington@palaceforlife.org

14-20 May 2018 is Mental Health Awareness Week. Find out more: https://www.mentalhealth.org.uk/campaigns/mental-health-awareness-week