On Tuesday, Palace manager Patrick Vieira ran a special training session for the Palace for Life Down Syndrome team, the DS Eagles, at the Crystal Palace F.C. training ground in Copers Cope Road.

November 2021 saw the DS Eagles become stars of the show at the Palace for Life Celebration Evening, where club manager and Premier League legend Patrick Vieira promised the excited squad of footballers their own training session run by his staff at the Crystal Palace F.C. training ground.

Not long after the first team squad arrived for their training day, the Palace for Life DS Eagles arrived at Copers Cope Road, donned in their Palace kit and ready for a special training session.

After a team talk and huddle from Palace for Life coaches Ben and Michael, the DS Eagles walked out onto the training pitches to watch and encourage the Palace first team through their warm-ups, fitness testing, and various ball drills. 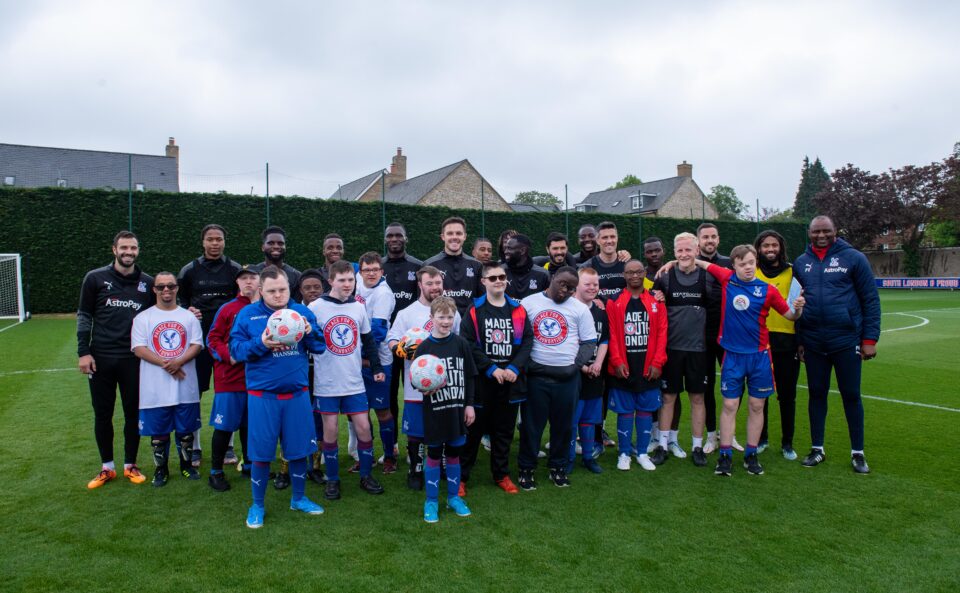 The Premier League team went into some small-sided games, which saw Vieira’s team of top-quality coaches invite the DS Eagles to participate in the drills they had just watched their idols complete. During one exercise, the team were surprised by Palace stars Marc Guéhi, Joel Ward, Jeffrey Schlupp, and Conor Gallagher, who joined them in the session.

Having completed their first ever first-team training session, the DS eagles watched the end of the club’s training before an impromptu penalty shootout against goalkeeper Jack Butland. 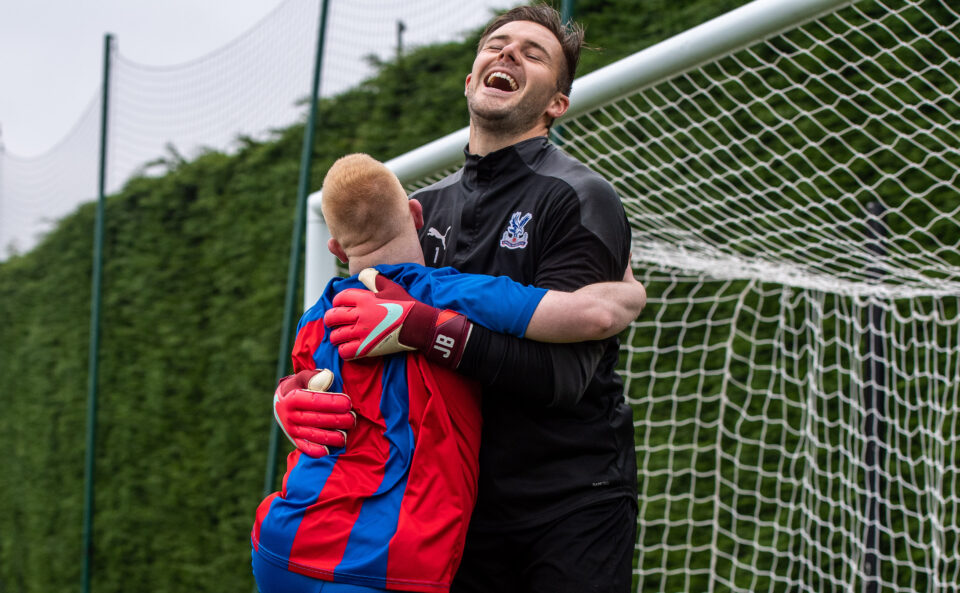 One of the DS Eagles also gave first-team coach Kristian Wilson his thoughts on team selection and match preparation, offering a meeting to discuss ideas whenever the Premier League team may feel like they need it.

We’re sure the DS Eagles have given the Crystal Palace F.C. Manager, and recent Premier League Hall of Fame inductee, Vieira, a selection headache for Saturday!

Palace for Life would like to thank Patrick Vieira and the squad for welcoming the DS Eagles into the training ground and creating memories that will last a life time.

Click here for more information on the DS Eagles and our Disability Programmes.

Made in South London supports the DS Eagles and other Palace for Life disability programmes, ensuring we can provide inclusive opportunities for all.