Ozey Osman's journey from a life-threatening road traffic accident to a member of the Palace for Life Foundation Powerchair team. His story in the words of his wife. 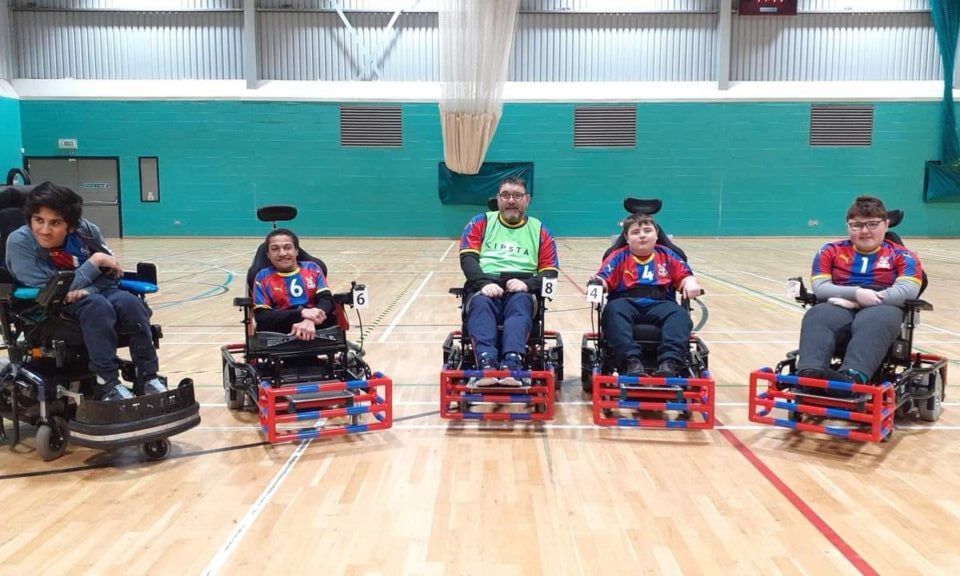 Ozey (in green) and his teammates

“On 2 October 2014 Ozey Osman, as he is known to family and friends, was rushed to the Royal London Hospital in Whitechapel following a serious road traffic accident that very nearly cost him his life.

Ozey suffered life-changing injuries and underwent emergency surgery for a spinal cord injury, remaining in the Royal London Hospital for 13 weeks before being transferred to Stoke Mandeville National Spinal Injury Centre in Buckinghamshire, where he underwent 9 months of intensive rehabilitation. As a result of the outstanding care he received, Ozey eventually returned home to Sydenham in November 2015.

The accident left Ozey with a partially collapsed lung, and incomplete tetraplegia; a complex condition that means that all four of his limbs are affected in varying degrees by loss of sensation and mobility. Ozey is now a full-time wheelchair user but insists that he is not ‘wheelchair bound’; quite the opposite as he says: “I use a powerchair to keep my independence”.

Prior to his accident, Ozey managed and played for the Brockley Jack FC in SE4, and the Old Brockleians Rugby Club in SE9. Following his lengthy hospital stays and looking to continue his rehabilitation, Ozey was determined to return to competitive sport.

In the Autumn of 2016 Ozey went along to a Powerchair Football training session ran by Palace for Life Foundation which provides people with disabilities the opportunity to participate in sport and be part of a truly inclusive team.  The Foundation coaches are skilled at ensuring that individual players get the most out of each session.  As ‘the Grandad’ of the team, Ozey loves to play sport competitively and he enjoys encouraging the younger members of the team – many of whom are more than half his age.

On Sunday 30 January 2022 Ozey made the journey back to Stoke Mandeville, this time not by ambulance; but with his Palace teammates to compete in 2 matches at the Stoke Mandeville Sports Stadium, the home of wheelchair sport and the birthplace of the Paralympic Games. Palace were supported enthusiastically by family, friends, and carers and won both of their games, with goalkeeper Ozey keeping 2 clean sheets.

Ozey champions south London and Palace for Life Foundation for enabling him to return to competitive sport following his accident. Ozey has not looked back since; very apt for a man whose mantra is: “look where you’re going, not where you’ve been”’.

Well done Ozey for what you have achieved so far; for his perseverance and drive to reach his potential. We hope this will inspire others to look ahead to see what life, and maybe Powerchair Football, has to offer.”

Crystal Palace Powerchair F.C. are always looking for new players. So, if you, or somebody you know, is interested in giving powerchair football a try, click HERE

James, 13, started attending our Waddon Youth Club and came on leaps and bounds in a matter of weeks, discovering he is very talented goalkeeper!