Penned by Sabirina, this poem is the result of a collaboration with writer Khalil Goddard as a product of our PlayMakers volunteering programme.

Waves of electric breeze
Recharge the streets,
As the mighty roar
Of Palace fans as one
Echoes,
In the afternoon sun

Their hands held aloft
Or fists clenched below,
Battle for victory,
Dream of glory
Outcomes
Resting on a turn of pace
The wave of a flag
A blast on a whistle.

Hearts of red and blue
Beating to a tune of hope
Yet in defeat we know
Loyally
We’ll be back again next week
Where those streets
Of South London converge.
Glad all over… 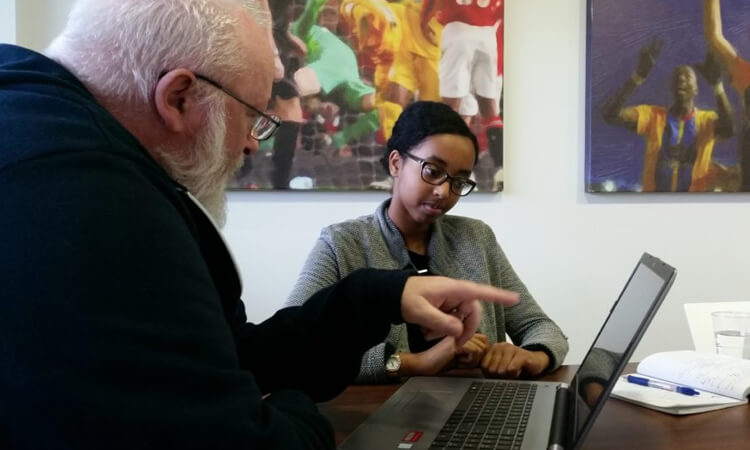 Jointly funded by the Premier League and the Professional Footballers Association, PlayMakers has brought the club and local community closer together by creating opportunities for young people by connecting them with fans in industries across London’s private, public and voluntary sectors.

Sabirina, 19, started her Palace for Life journey as a participant on a PlayMaker initiative led by editor and journalist Andrea Perry which saw 20,000 copies of a special youth edition of the local newspaper published in July 2018. As part of the Youth Chronicle project Sabirina attended a number of workshops but the one that enthused her most was a creative writing workshop hosted by headteacher and writer, Khalil Goddard. 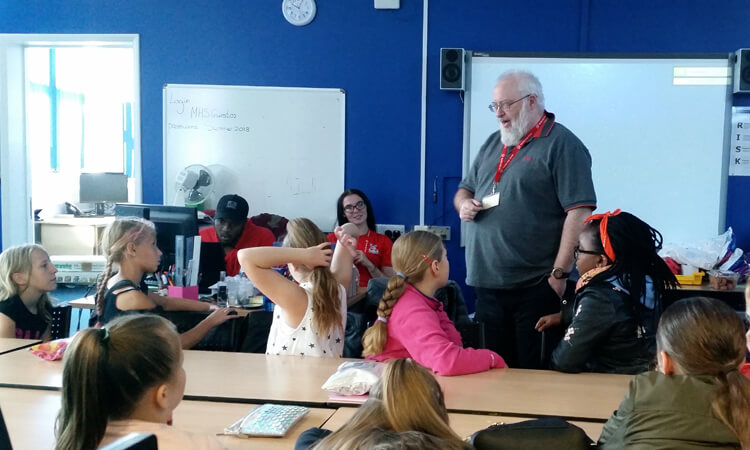 Having lived in South London for 25 years, Khalil has developed an affinity with the local area and is a proponent of unlocking potential within the younger generation. Inspired by the work conducted by the Foundation, Khalil signed up to the PlayMakers programme and has spent the last six months running a series of writing workshops to develop the creative talent of local 16-25 year olds. Sabirina has been a key contributor and as a reward for her commitment, was given the opportunity to have her poem published in the programme at Palace’s game against Watford.

Sabirina, with support from Khalil, has produced ‘Hearts of Red & Blue’; an ode to the binding allegiance Palace fans have to the club. Sabirina has been making the most of the experience and knowledge available to her and explained how useful Khalil’s mentoring has been:

“I really do appreciate having someone such as Khalil take a look and give experienced suggestions as that is the best way for me to improve, especially with something like creative writing; I will 100% take the suggestions on board. I’m glad he enjoyed the poems too!” 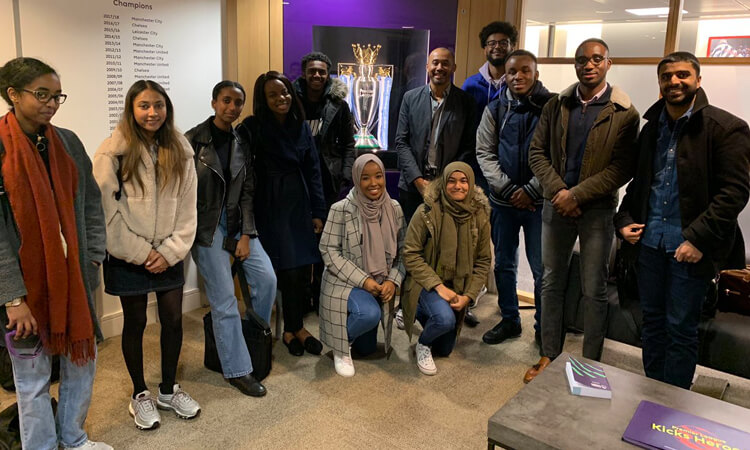 Sabirina has also recently admitted into the London Sport and BCOMS ‘Diversification of Sports Media’ programme which calls on young people from diverse background who have aspirations to work in sports media. She has been attending masterclasses hosted by experts within the sports and journalism industries and will, at the end of the programme, be offered media access to London Youth Games events during the 2019 season.