Evie Lawley has been in the hit West End show 'School of Rock - The Musical' and has given tickets to two local schools. 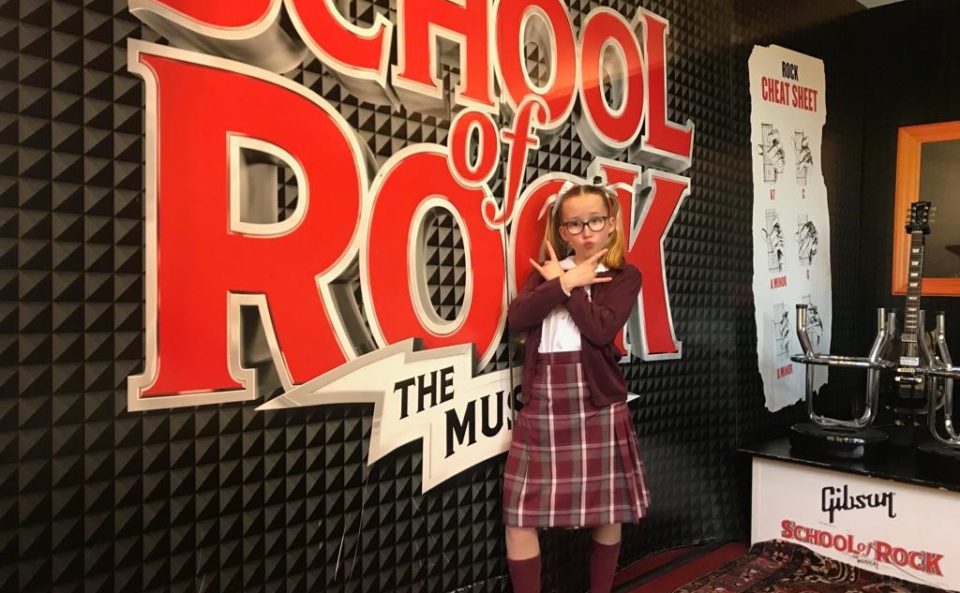 This summer Evie Lawley, aged 11, donated 20 tickets bought from wages that she earnt whilst performing in the hit West End show School of Rock – The Musical,  to give students in two south London schools an opportunity to visit the theatre.

Evie was cast in the production in February 2019 and inspired by events in her own life wanted to share the results of her success with others.

Evie, who attends Kingsdale Foundation School and has dyspraxia, was keen to use her wages so that children in a similar position to her, who had faced challenges, could experience an opportunity they would not ordinarily have had. Her mum, Jemma, A Palace for Life Playmaker herself, suggested our charity. The PlayMakers volunteering programme brings the club and the local community closer together by connecting fans, with experiences in industries across

London’s private, public and voluntary sectors, to young south Londoners with opportunities they may not ordinarily have had.

“At the beginning of 2018 I went to hospital because I had a really sore leg. I was diagnosed with Complex Regional Pain Syndrome, which is when my nerves got muddled up, they sent pain signals to my leg and I couldn’t walk. I had 14 blood tests and was in hospital for two weeks but I had a lot of support.”

A year later, after being driven entirely by her own will and talent, Evie was cast in Andrew Lloyd Webber’s smash-hit stage musical in the role of bass player Katie:

“During the audition process it was really nerve wracking. Going up in front of The School of Rock Team made me nervous and I was worried I would mess up!  But then I got an email saying ‘you have got the part’ and it was just amazing.  All that perseverance just worked out!”

Thanks to Evie’s kindness and generosity twenty students from Rockmount Primary School in Croydon and Raglan Primary School in Bromley were given the opportunity to visit the Gillian Lynne Theatre on Drury Lane on Thursday 1st August 2019.

“Evie overcame quite a horrible illness to have been cast in the School Of Rock – The Musical . We’re so proud of her; she’s a lovely girl who always looks to share with other children. Her story is a great example of how perseverance and determination can drive you to overcome challenging circumstances.”

Evie shared some advice for other young south Londoners going through challenges:

“Always persevere, never give up and do something you really like. I enjoy playing the guitar and you should do what you enjoy. Never give up, that’s my biggest tip!”

FInd out more about becoming a PlayMaker