The 2018 World Cup starts on 14 June and runs until 15 July, with 64 games being played in total. During the tournament, many people will be supporting their team and enjoying the matches, but for some it is a time of fear and abuse. 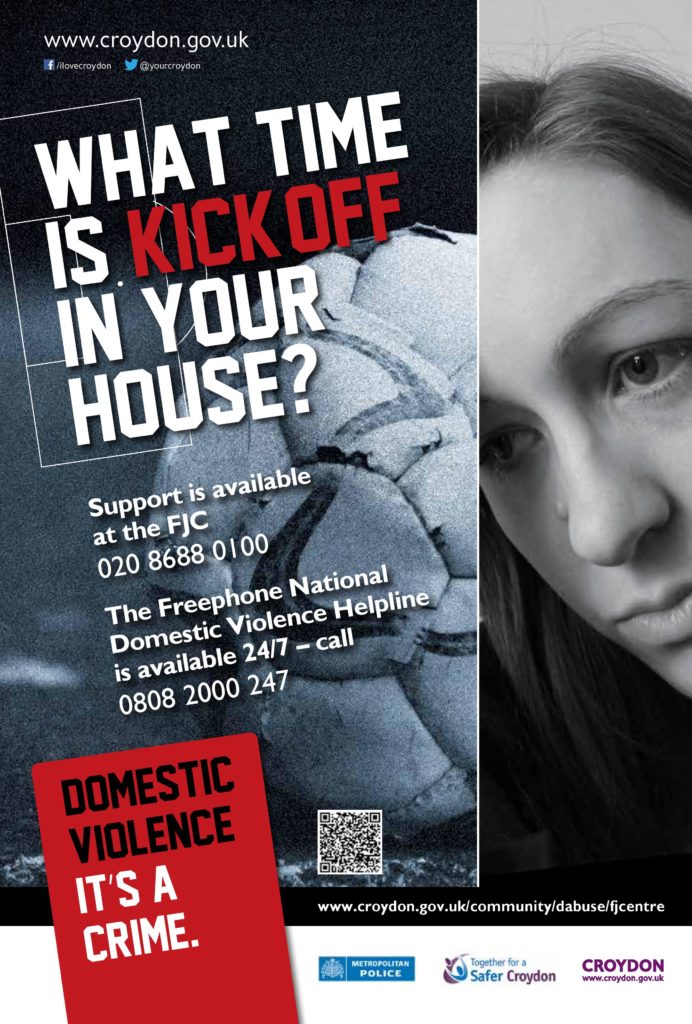 If this is your experience, or you know someone who needs help and support, please contact the FJC on 020 8688 0100, or the free National Domestic Violence Helpline, open 24 hours a day, on 0808 2000 247. You can also contact Croydon FJC via email: fjc@croydon.gov.uk