Last year the Palace for Life Foundation called upon the Crystal Palace fan base to create opportunities for children and young people in their community by becoming a PlayMaker. Our latest fan to respond to this call is Blueberry Pictures Director, Rhys Jones. 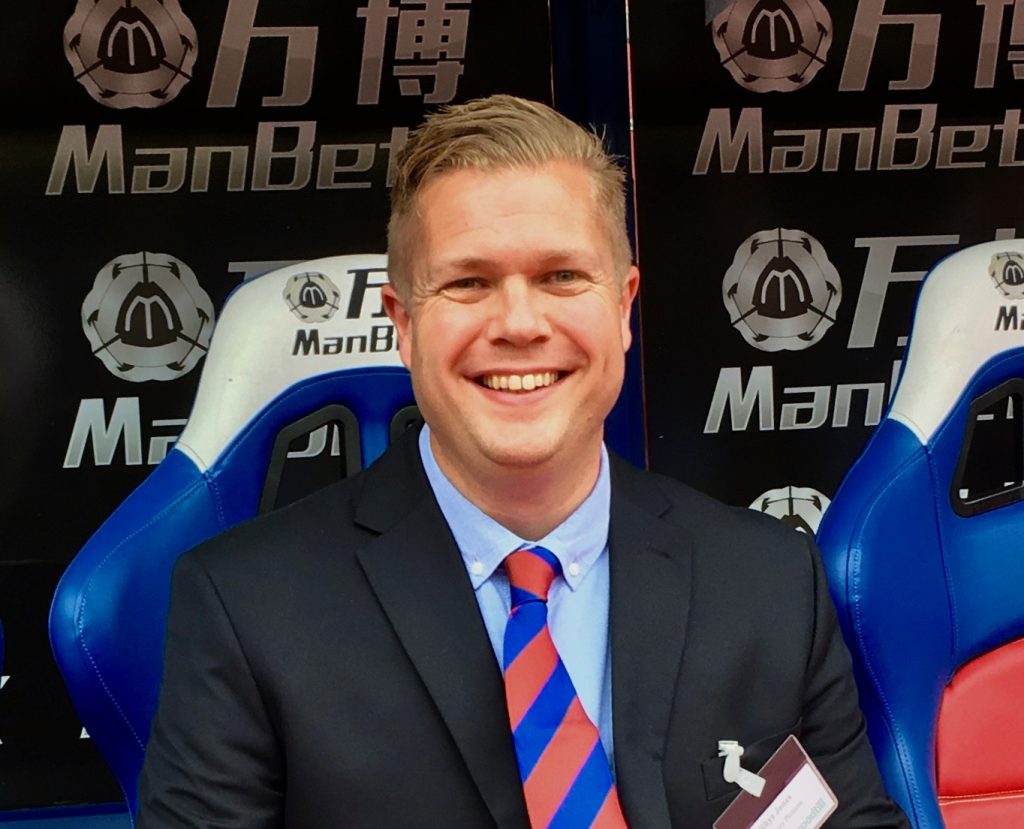 Rhys is a Palace fan and his son is a regular participant at the Train Like a Pro soccer schools in Bromley. His son loves attending the soccer schools and having the opportunity to Train Like a Pro, but Rhys felt that not enough people were aware of the courses and that he could help to improve numbers. This lead to Rhys getting in touch with Palace for Life to offer his expertise and time.

A lifelong Palace fan, he is helping to produce promotional videos for the Train Like a Pro soccer schools, engaging with both children and coaches to exhibit the benefits of this youth initiative. Rhys has produced two promotional videos that we are sharing on social media to showcase our soccer schools, starting with the February half term courses. As a qualified coach himself and running a local junior team, he appreciates the positive impact on both the children and community that football can have.

Upon joining the Palace for Life PlayMakers Rhys said:

“I look forward to working with Crystal Palace FC and Palace for Life as a PlayMaker!”

Rhys is a Director at Blueberry Pictures, an award winning professional video production company, where he has over 20 years’ experience in the film industry working with international companies, leading brands and a wide range of businesses in and around London.  He hopes to be able to use this vast experience to help Palace For Life continue to help and inspire hard-to-reach young south Londoners.

View one of videos Rhys has produced below:

Jointly funded by the Premier League and the Professional Footballers Association, PlayMakers is about tapping into the skills and experience of Palace fans to help the Foundation improve the lives of young people in south London.

Donald Forde, Deputy CEO at the Foundation said: “We developed PlayMakers in response to lifelong CPFC supporters approaching the Foundation to ask how they could get involved and make a difference. They may often hide it well on matchday, but many of our fans happen to be in very influential positions in the media, business and other professions, and have something very valuable to share – their experience, skills and connections.”