Home > News > Play with Legends – Save the Date!

Play with Legends - Save the Date!

Ever fancied playing at Selhurst Park alongside a Palace legend? This May you’ll have the opportunity to bid to play on the pitch with your heroes whilst raising money for the Palace for Life Foundation. 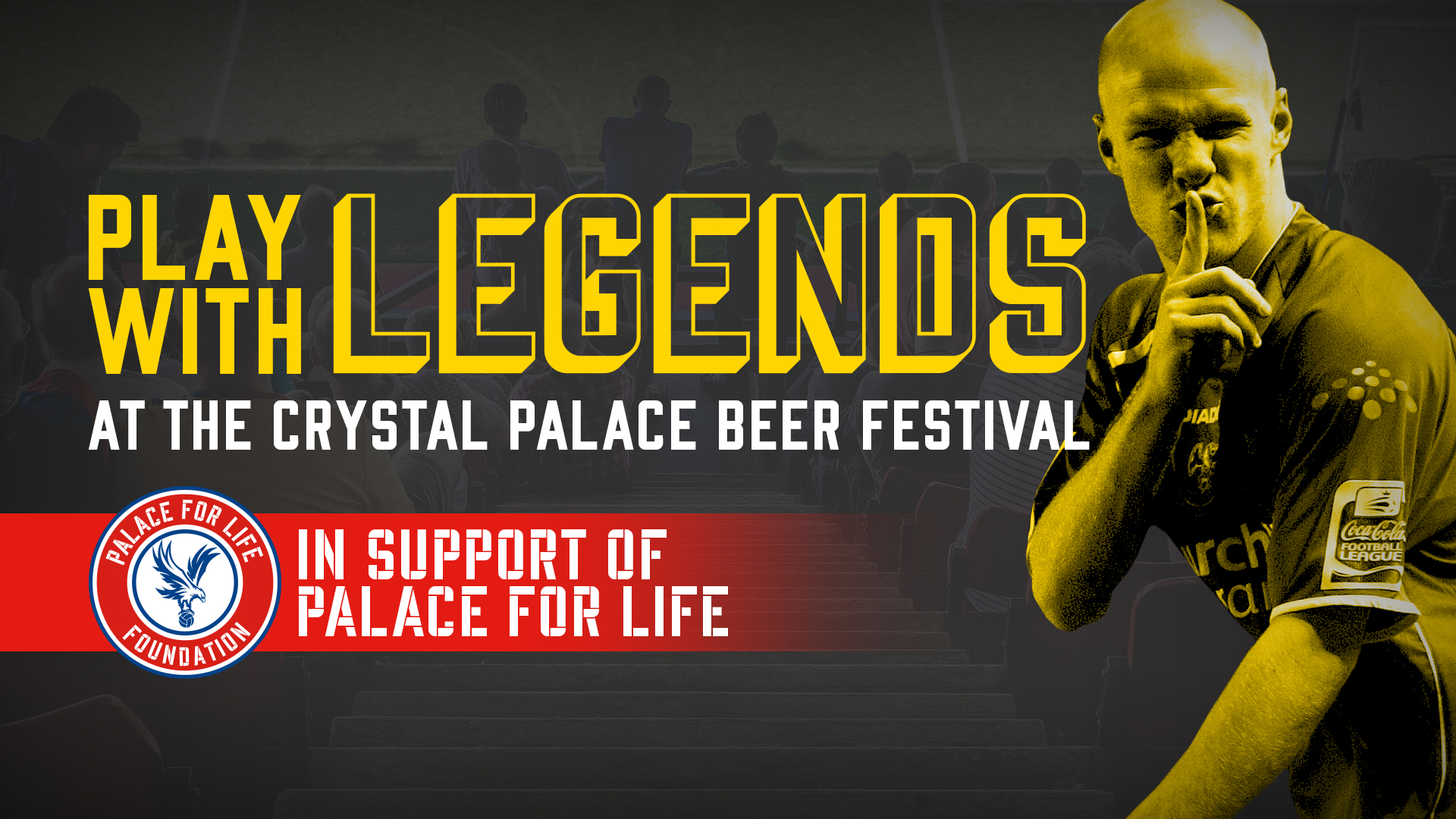 The Play with Legends event is returning on Saturday 18 May and will take place in front of the annual Beer Festival crowd, giving fans a not-to-be-missed opportunity.

The 2018 event saw Andy Johnson, Neil Shipperley, Andy Gray and Sasa Curcic joined by fans who had bid to take part in the game through a series of auctions. Players walked out of the tunnel to ‘Glad All Over’ before playing 45 minutes in their chosen position and raising an incredible £11,000 for the Palace for Life Foundation’s work with young people in south London.

Johnson, who made 161 appearances for Palace during his career, said: “These guys sit in the stands week in week out and they see their idols out here, so for them to be able to follow in their footsteps is just a fantastic opportunity.

“The important thing is this is all about creating awareness of the Foundation’s work and raising as much money as we can to help the community that most of these fans live in. This is the heart of Croydon and so many local people come here every week to support this club, so days like this are just a great way for the club to give back.” 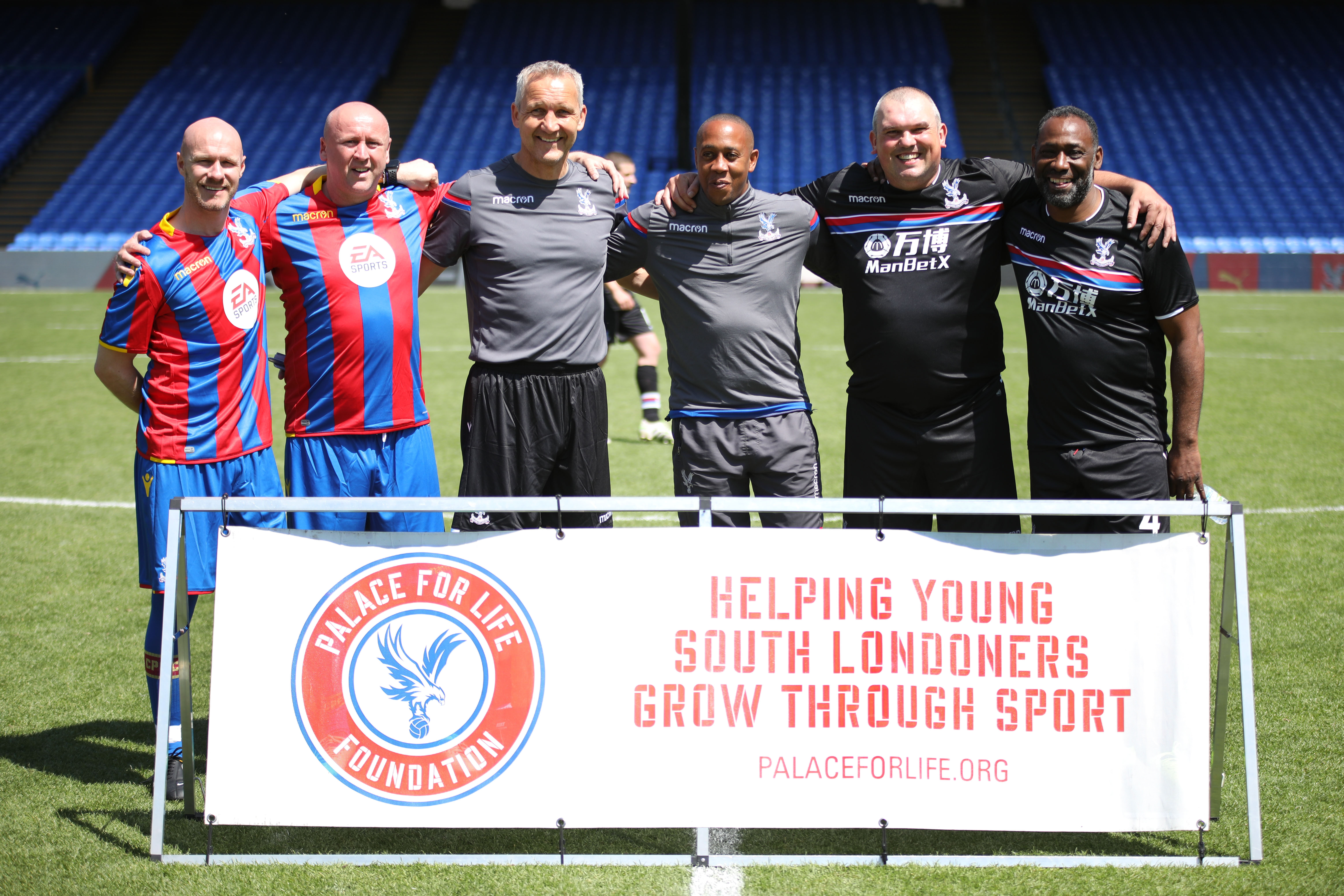 One of last year’s players was Chris Potter, 49, who grew up in South Norwood and has been supporting the club since he was five-years-old:

“It was a dream come true to play on the pitch at Selhurst Park, I think my head thought I was 29 but my body knew I was 49! The whole thing was just superb, walking out the tunnel, playing with Andy Johnson in front of you and having fans in the Holmesdale, it helps you imagine what it must be like for players.

“One of the things we love about Palace is that it’s a local club that supports the community, so raising money for Palace for Life Foundation, who support local, disadvantaged children just makes it all that bit more special.”

To be a part of the 2019 event, all you need to do it bid for a position in one of two teams for the first or second half of the game. If the bidding passes £250 for any one position, the winning bidder can have their name printed on the back of their shirt and keep the whole kit afterwards.

Successful bidders will enjoy the full player experience, including walking down the tunnel, having their kit laid out for them in the changing rooms and enjoying team talks and tactics from their managers. After the match, both squads can enjoy a drink together and watch the FA Cup Final on the big screen at the annual Crystal Palace Beer Festival, for which all players will receive free entry.

Legends will be announced and bidding will be open soon, so in the meantime keep an eye on our media channels, and save the date!