Home > News > Play at Palace raises £11k for the Foundation

Play at Palace raises £11k for the Foundation

Palace fans and legends played alongside one another at Selhurst Park on Saturday 19 May in a charity match that raised over £11k for the Palace for Life Foundation.

Andy Johnson, Neil Shipperley, Andy Gray and Sasa Curcic were joined by fans who had bid to take part in the game through a series of auctions. Players walked out of the tunnel to ‘Glad All Over’ before playing 45 minutes in their chosen position in front of the annual beer festival crowd. 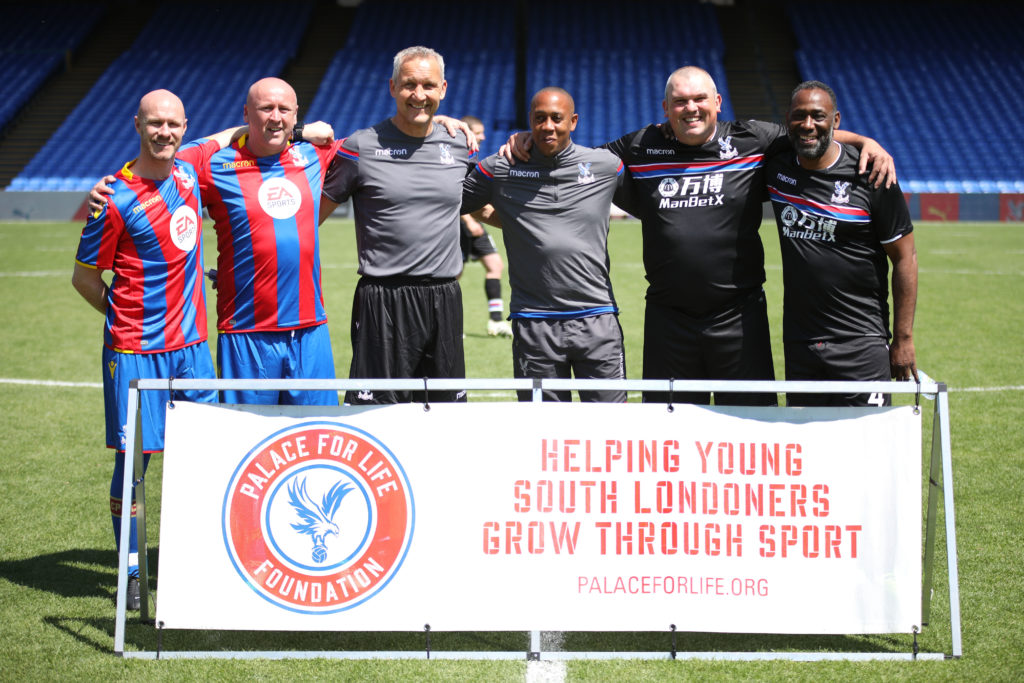 Johnson, who made 161 appearances for Palace during his career, said: “These guys sit in the stands week in week out and they see their idols out here, so for them to be able to follow in their footsteps is just a fantastic opportunity.

“The important thing is this is all about creating awareness of the Foundation’s work and raising as much money as we can to help the community that most of these fans live in. This is the heart of Croydon and so many local people come here every week to support this club, so days like this are just a great way for the club to give back.”

The game was contested by the Home Team, managed by former Palace boss Keith Millen and the Away Team, who were looked after by ex-player Bobby Bowry. At full-time the scores were tied 2-2 and it took a penalty shoot-out to separate the sides, with Bowry’s men running out the eventual victors. 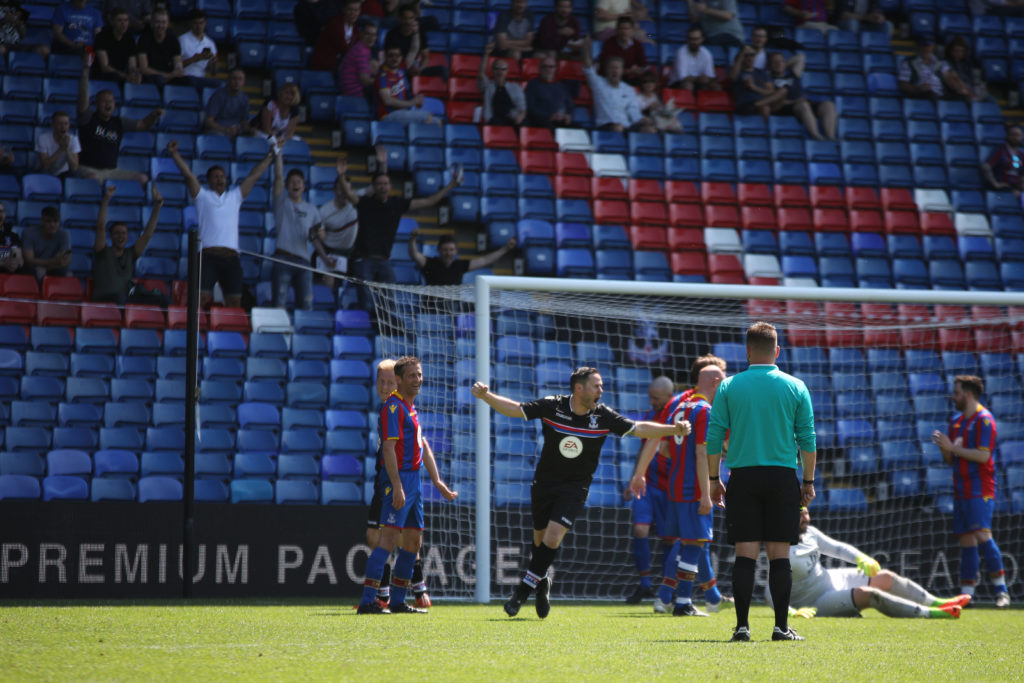 One of the players was Chris Potter, 49, who grew up in South Norwood and has been supporting the club since he was five-years-old.

“It was a dream come true to play on the pitch at Selhurst Park, I think my head thought I was 29 but my body knew I was 49! The whole thing was just superb, walking out the tunnel, playing with Andy Johnson in front of you and having fans in the Holmesdale, it helps you imagine what it must be like for players.

“One of the things we love about Palace is that it’s a local club that supports the community, so raising money for Palace for Life Foundation, who support local, disadvantaged children just makes it all that bit more special.”

Another of the players was 22-year-old James from Surrey: “Walking out and standing on the Selhurst pitch was one of the best bits, when you’ve spent so long looking down at it from the stands! Playing with your childhood heroes is pretty cool, and even better when you know you’re putting money back into community projects.”

Players experienced everything from getting ready in full Palace kit in the changing rooms, to receiving team talks and coaching throughout the afternoon from Millen and Bowry. 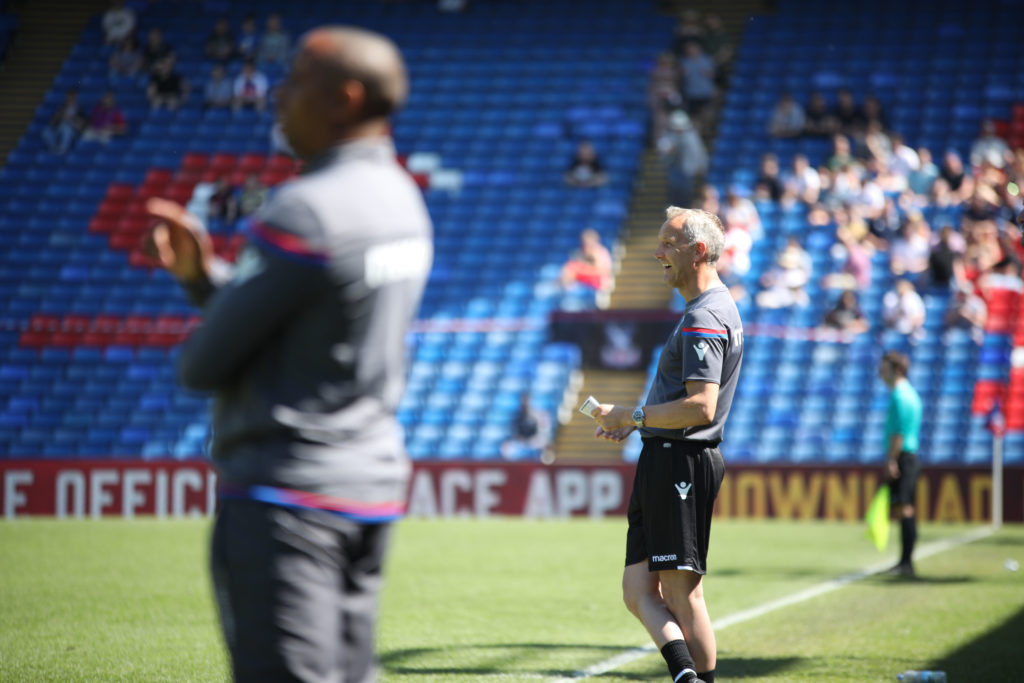 Millen, who was at Palace from 2013-15 and is currently caretaker manager of MK Dons, said: “It was great coming back to Selhurst, it’s the first time I’ve been back since I left and it feels like coming home. When I was here, the Foundation was doing fantastic work, so I’m delighted that is continuing and the community is right behind it, it’s just been a great day all round.”

Bal Singh, 46, took part in the match and was keen to raise awareness for the Striving for Unity campaign, which aims to increase football participation in the Asian community and create better pathways for players.

“It was phenomenal that Palace gave us the opportunity to play with the legends, but also to meet and connect with fans from different communities. Football is such a powerful mechanism in terms of creating community cohesion and bringing different communities together.” 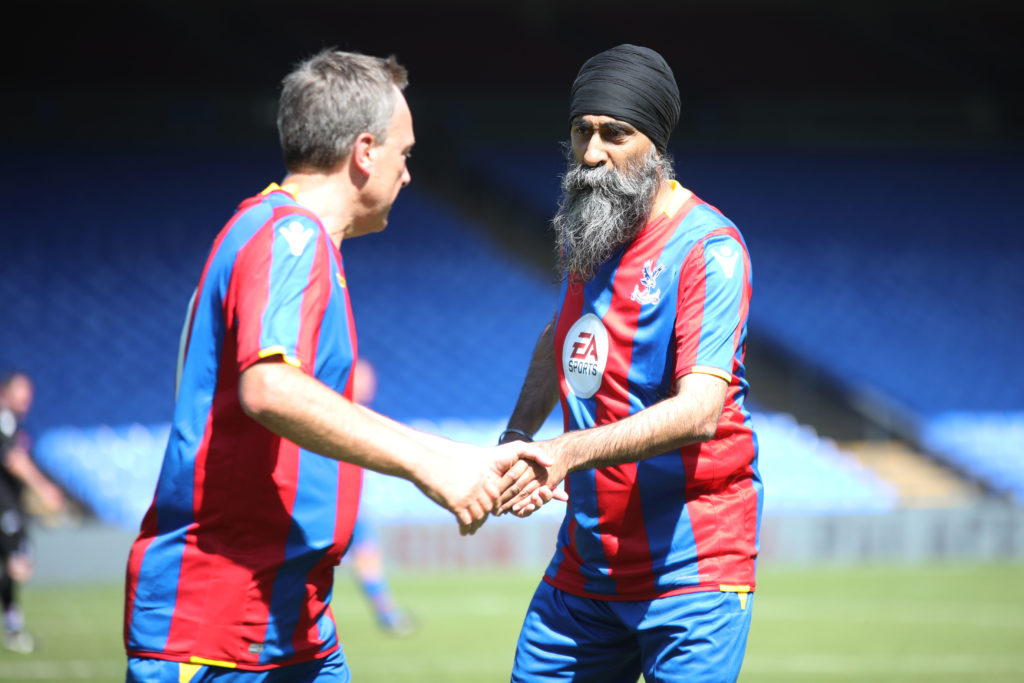 Palace for Life Foundation Director Sports Development Gary Mulcahey added: “It is the second year we have run the game in this unique format, with fans bidding to play with a legend, and once again it has been a huge success, with over £11k raised. It is a fantastic and fun way to raise money and this will all help the Foundation continue our work with young people in south London, creating opportunities to give them a better future through football.”