Over 700 young people representing 65 professional clubs attended the Premier League Kicks Cup at Warwick University on Monday 8 April. Two Palace teams, one male and one female, were a part of the 90-team competition.

This was an excellent competition for the Eagles, with our boys team reaching the final, whilst the girls team reached the quarter-finals of their tournament.

The competition, a showcase and celebration of social inclusion, was made up of players from a variety of Premier League projects. The players selected to represent Palace were selected due to their hard work, application and efforts in these sessions, like player and volunteer, Ashana.

The girls team progressed from a tough group, which included Middlesbrough, Tottenham Hotspur, Chelsea, Newcastle United, Liverpool and overall tournament winners, Swansea City. Progression from the group saw them beat an Everton side in the last 16, before their tournament came to an unfortunate end in the quarter-final against Barnet. 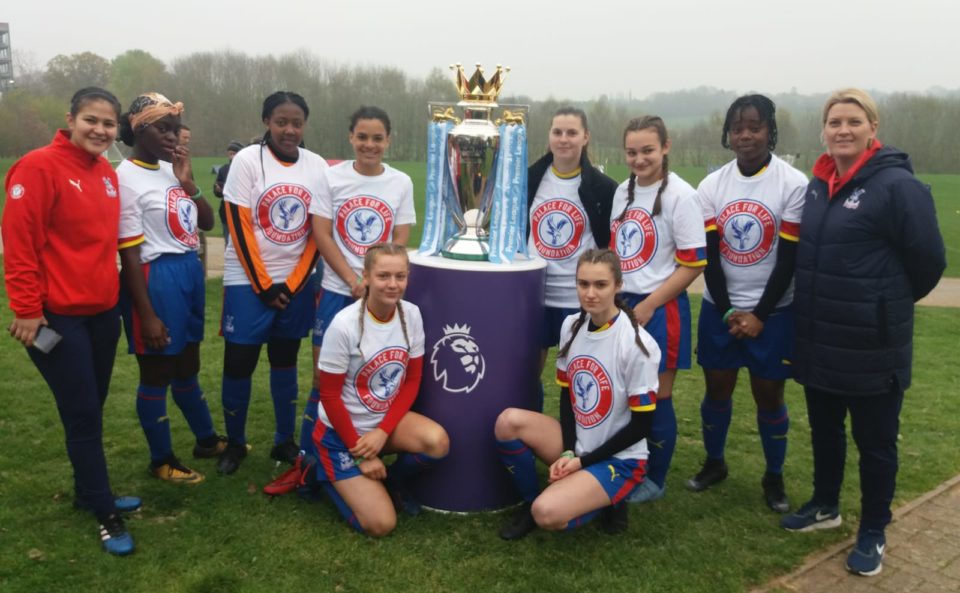 Lucy Robinson, one of the players on the girls team said: “Today was a great experience for all the players and it was inspiring to see so many girls all there for the love of the game. Was a shame to be knocked out but we all battled hard and will celebrate with a cheeky KFC on the way home!”

The boys team found themselves drawn in a group with Manchester United, Stoke City, West Bromwich Albion, Doncaster Rovers and Hull City. Progressing from this group led them to beating Leyton Orient in the last 16, followed by Blackburn Rovers and Newcastle United in the quarter and semi-finals respectively. They faced Watford FC in the finals which the Eagles devastatingly lost on penalties. 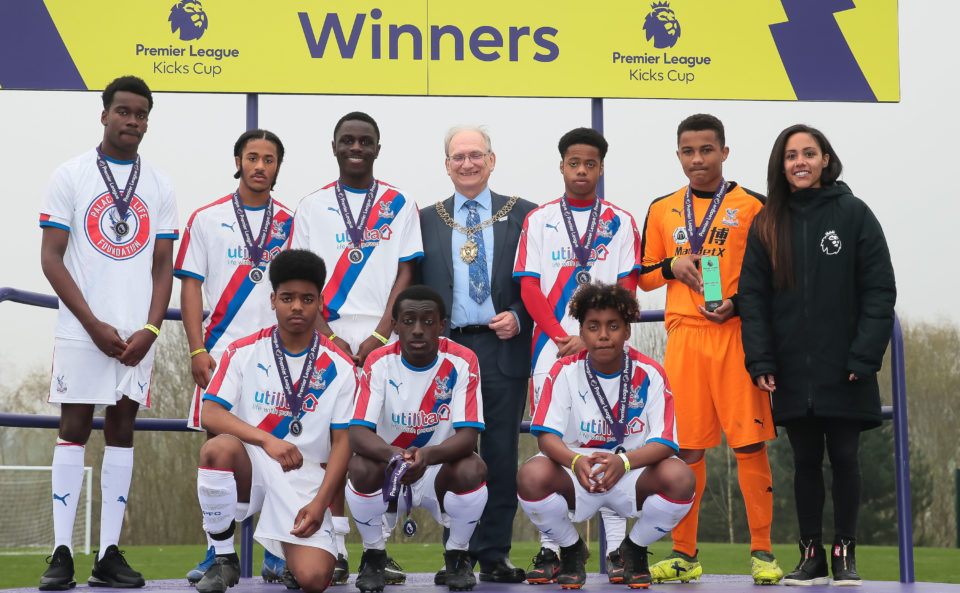 One of the boy’s players, Joseph Parker, said: ” Today was a great experience for the boys and it was inspiring to see so many boys all there for the love of the game showing determination to beat our shameful record last time out! It was a shame to lose in the final, but we all battled hard and will be happy but a bit annoyed and sad on the way home.”

“Today marks a massive achievement as we reached the final of the kicks cup for the first time in five years. Even though it was sad to lose in the quarters and finals I am so proud of the boys and girls as they showed great courage and spirit, giving it everything they physically could.

“I’m sure they would all agree that it’s been an amazing experience and it makes me smile to see so many happy faces.”

Coach Ana who works on our Women and Girls programme said: “Today was an incredible experience for me. It was my first time participating in a Premier League tournament and was both nervous and excited, very similar to how the players where feeling.

“Once the tournament started and I saw the joy in the girls faces it helped relax and take as much as possible from the experience and the opportunity. It was an extremely positive environment from everyone and the organisation and support from the premiere league made the day even better.

“I felt very lucky to be able to go through my coaching journey with the Palace for Life Foundation.”

Premier League Kicks uses the power of football clubs to regularly engage young people in activity, with the goal of inspiring them to develop their potential, enhance their wellbeing and positively impact their communities to be safer, stronger and more inclusive.

As well as the sports element of PL Kicks, the scheme has also enabled thousands of young people to find routes into education, training and employment with volunteering being a key component. To find out more about the Palace for Life Premier League Kicks project, click here.