Palace for Life Foundation is proud to be taking part in Amnesty International UK's Football Welcomes initiative this weekend to celebrate the contribution refugees make to the game and the community. 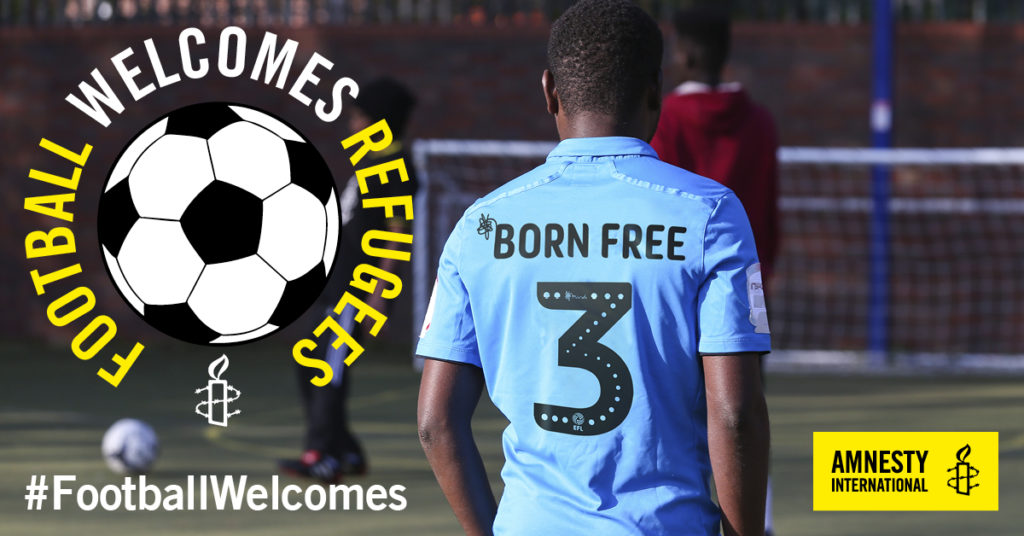 Two years ago, the We Stand Together campaign was established in response to the violent attack on Reker Ahmed, to show Croydon’s support for asylum seekers and refugees.

Local people and community organisations joined together with Croydon Council, the Police and the Bishop of Croydon and pledged to pull together to ensure that refugees were supported to integrate into community life.

This Saturday (27 April), just hours before Palace take on Everton in the Premier League, two sides made up of young refugee players will take part in a friendly match. The players will be representing Palace for Life Foundation and Everton in the Community and will then travel together to Selhurst Park to enjoy the game.

Deputy Chief Executive at Palace for Life Donald Forde said: “Croydon is an extremely diverse locality and we celebrate that at Palace for Life. Refugees and asylum seekers have played a huge role in the history of our football club, from staff and fans to players such as Christian Benteke who have fled the countries of their birth.

“We’re delighted to welcome Everton in the Community to south London for this game and to join us at Selhurst Park to show that Football Welcomes refugees.”

Backed by Premier League clubs across the country as well as the FA Women’s Super League; the English Football League; the FA Women’s National League and grassroots and non-league teams, Football Welcomes also aims to highlight the important role football clubs can play in welcoming refugees and people seeking asylum into their local communities, and in helping them to settle in to a new country and culture.

Palace for Life is working in partnership with Croydon Voluntary Action and other community organisations to launch the new ‘We Stand Together’ project funded by the Mayor and Comic Relief.

Palace for Life Trustee and We Stand Together project lead for Croydon Voluntary Action Christine Double explained: “This is a great opportunity for Croydon to demonstrate how it welcomes refugees and supports them to integrate into the local community. Palace for Life has a rich history of engaging refugees in all areas of its work and has been a supporter of the Amnesty Football Welcomes campaign. We Stand Together translates this national campaign into local action.

“We are delighted that Crystal Palace is taking part in Football Welcomes. Football clubs are at the heart of their communities and it’s great to see teams across the UK using the international language of football to create connection, respect and friendship across cultures. With so many people across the globe forced to abandon their homes due to conflict and persecution, it’s important that football clubs use their platform to send out a clear message: refugees are welcome here.”

For further information on We Stand Together please visit https://www.cvalive.org.uk/support-for-groups/funding/

If you are over 18 and would like to become an activator – or a sports clubs that welcomes the whole community contact catrina.lynch@cvalive.org.uk to get involved.