Palace Kitchen: Cooking for the community

Palace for Life Foundation and Crystal Palace Football Club have teamed up with City Harvest to provide quality meals for people in south London.

Since the pandemic started, Selhurst Park has remained eerily quiet, but two weeks ago the club’s kitchen came bustling back to life with the creation of the Palace Kitchen. The brainchild of one of the club’s shareholders, chefs are applying strict social distancing rules to prepare nutritious meals for those in the local community who might be struggling to access healthy food.

Just two weeks in and 1,500 meals are being cooked at the ground each week, with charity partner City Harvest London delivering to frontline NHS workers, elderly and vulnerable people forced to stay at home, families facing food poverty and homeless people.

Chief Executive at Palace for Life Foundation Mike Summers explained:  “Across south London at the best of times, there are families who struggle to put healthy food on the table and now things are so much worse because parents are out of work and money is hard to come by. By preparing nutritious food, we are hopefully providing the opportunity for them to feed themselves and their families in a healthy way.”

The Palace Kitchen is a partnership between Crystal Palace FC, Palace for Life Foundation and City Harvest London. The programme is being funded by the club and individual shareholders, covering all costs of purchasing fresh ingredients, preparing nutritious meals and safely packing and labelling them ready for collection and distribution. City Harvest London meanwhile are covering distribution costs.

At the helm of the operation is Crystal Palace FC’s Executive Chef Julien Maisonneuve, who has worked at world-renowned restaurants during his 30-year career, including at two-Michelin starred restaurant Les Cedres. 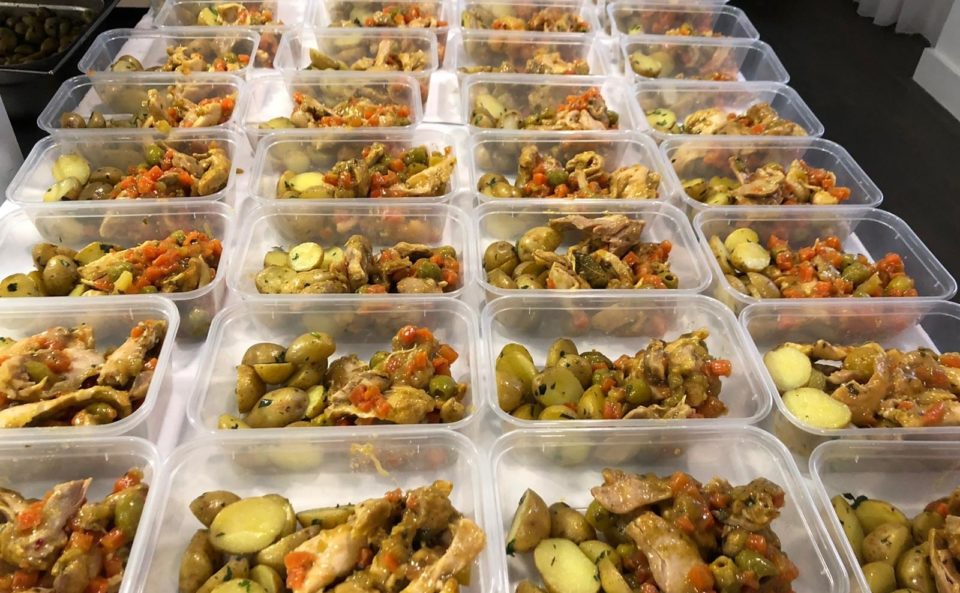 “We’re trying to make sure the food has a healthy balance and has all the right nutrients, which is very important for us. Obviously, when working with the players, that’s something that needs to be on every menu we do.

“Today we are doing a nice chicken stew, it’s got chicken breast which has been roasted with some carrots, celery, some nice spices then served with a tomato sauce and some rice. It’s well balanced and healthy, we’re not trying to reinvent the wheel, we want to make something people can understand and recognise.”

Once the food has been packaged by Julien and Lyndora Goodger’s catering team, the meals are collected by City Harvest delivery driver, Moe Gentle. 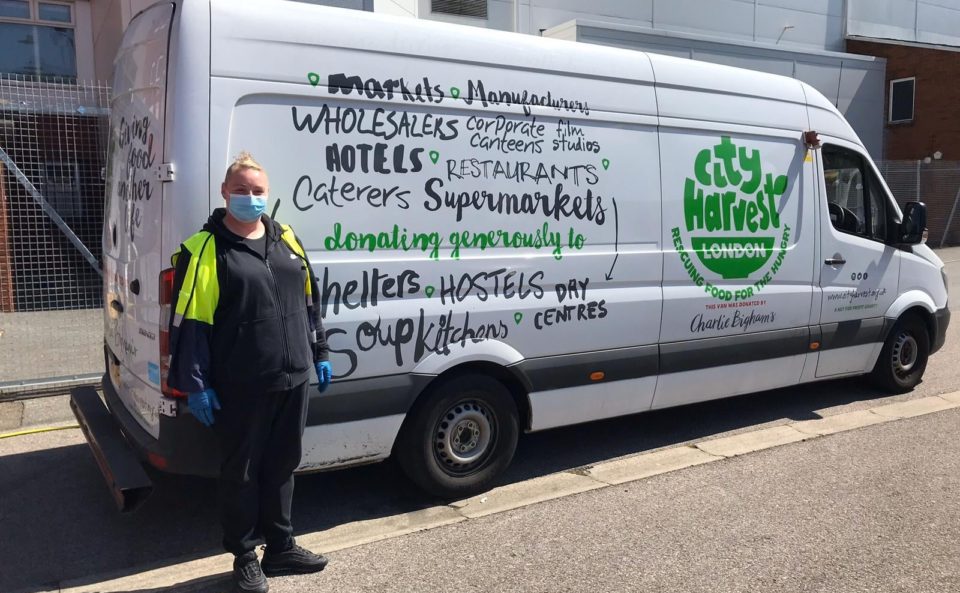 “We are a redistribution charity, so we pick up surplus food and redistribute it to people in need. I deliver across Croydon and the south, it’s going to go various hostels and many people in need, people that are struggling at the moment.

“The food we’re getting from Palace is amazing, so many people have benefitted and the feedback has been really positive.”

In addition to contributions from the Palace shareholders, proceeds from the latest Palace for Life Super Draw are supporting the Palace Kitchen, with £3,300 raised and another draw planned for this weekend.

Looking ahead, Summers is focused on how the Foundation will support the community once the lockdown eases further and sessions and events can resume.

“Once we are back up and running, that is when young people will be needing our support more than ever. Mental health issues, unemployment in the family, domestic abuse, there will be many long-lasting effects felt from this pandemic that will hit those already living in difficult situations.

“That is when we will need to be raising money more than ever. We are still hopeful to do the Marathon March on 10th October and looking at how we can do that with social distancing. So watch this space but we are still optimistic that it can and might happen.”