Palace for Life fundraisers to take on the Brighton Half Marathon

A group of Eagles fans are taking to the streets of Brighton whilst donning Palace kit to complete the Brighton Half Marathon, all to raise money for the Palace for Life Foundation.

Organised by season ticket holder Rebecca Hurst, the 25-strong group of fans will be joined on the day by Foundation CEO Mike Summers. 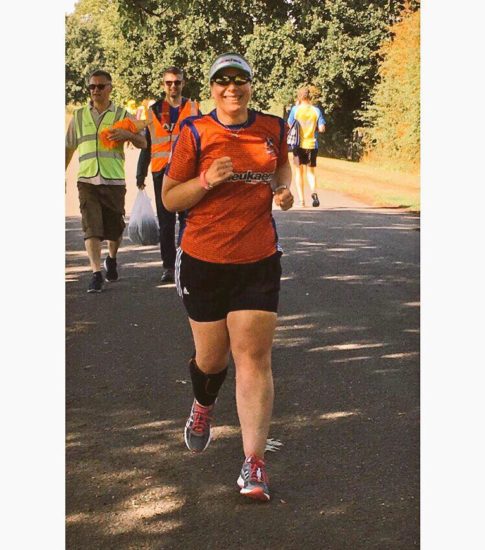 The idea was spawned off of the back of Rebecca’s challenge to run 12 half marathons in 12 months, where she felt it would add some entertainment over this tough challenge if she were to run the Brighton Half Marathon dressed in the Palace red and blue.

This idea picked up momentum through a group of friends and before long, the group had decided to raise money for the Foundation’s powerchair football team.

Palace for Life Foundation fundraiser Rebecca, who has previously taken part in the Marathon March and organised fundraising events in aid of the charity, said: “We all want to give something back to the local community and what better way than supporting the powerchair team. We know how hard it is to fund this team and all children deserve the chance to play football. If we can help in any way this is our chance to give back.”

Powerchair sessions give wheelchair users, who would not otherwise be able to, the opportunity to benefit from the unique physical and social opportunities that football can offer. The team trains weekly on Wednesdays, 6pm-7.30pm at Waddon Leisure Centre in Purley.

One of the players on the team is Matt.  Matt was diagnosed with Tourette syndrome and ADHD as a child, and after his spine was tragically damaged by a nervous spasm, Matt was restricted to a life in a wheelchair. He said: “I don’t have any tics at all when I play, and that’s really turned my life around.”

Whilst Matt’s mother, Christine is proud that her son is playing for the team he loves: “We are all Palace fans, but Matt is the only one who can say he has worn the Palace shirt. It is great for him to be part of a team and he gets so much from it, he really enjoys playing.”

Palace for Life are buying new powerchairs to meet the needs of the growing team. This is no mean feat, when you consider each chair cost around £6,000. As more players join the team, the Foundation continues to rely on fundraisers like this group of runners. These supporters and fundraisers are vital to providing funds to help Palace for Life continue to inspire and reach hard to-help young south Londoners, like Matt, and change their lives through the power of sport and Palace.

Half Marathon roll of honours: