Harvey has recently signed for Crystal Palace’s Under-11 Academy side, after originally getting involved with the club at one of Palace for Life Foundation's Soccer Schools that run during the school holidays for boys and girls aged 5-12. 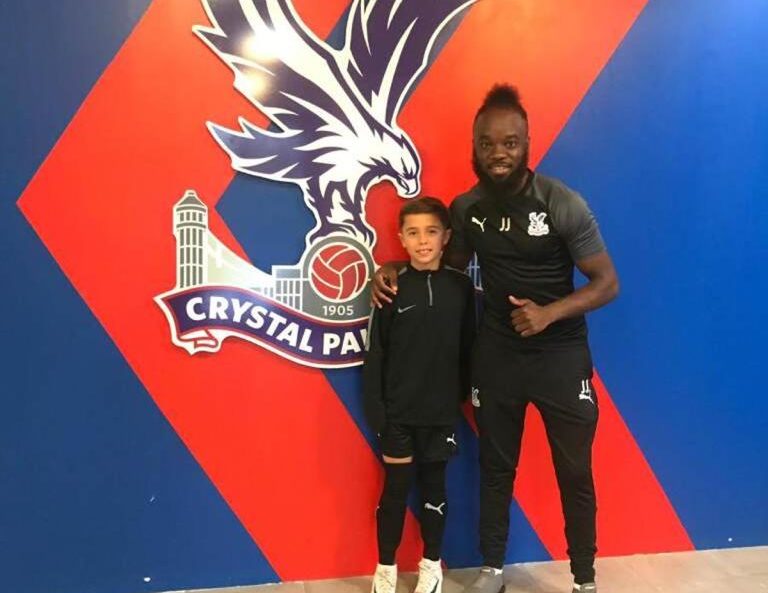 Harvey has recently signed for Crystal Palace’s Under-11 Academy side, after originally getting involved with the club at one of Palace for Life Foundation’s Soccer Schools that run during the school holidays for boys and girls aged 5-12.

Starting out with Palace for Life’s Tier 1 Development Centre as a six-year-old, it took just six months for Harvey to be moved up to Tier 2 on the Development pathway that Palace for Life offer. Here, Harvey stayed for two years, honing his skills and developing his all-round game, whilst also continuing to attend Palace for Life’s school holiday Soccer Schools, spending further valuable time with coaches to help improve his footballing ability.

After two years in the Tier 2 centres, it was decided that Harvey’s talent warranted progression to Crystal Palace’s pre-Academy. Again, Harvey excelled at this level and this culminated in him recently signing as a Crystal Palace player for the Under-11s.
Sports Development Officer at Palace for Life Foundation, Stuart Jacob said: “I’m delighted to see Harvey progress into the Crystal Palace Academy. His hard work and dedication is exemplary of the personal characteristics that we want to instil in all of the players coming through our Development Centres and taking part in our Soccer Schools. Having been through our pathway, we are confident in not only his work ethic, but also his ability and grounding that he has as a footballer. We look forward to seeing him succeed with the club.”

Harvey is just one of a number of children who have progressed from Palace for Life’s Soccer Schools into Crystal Palace’s Academy setup. Soccer Schools for the October half-term still have spaces remaining.

You can still book your place on our October Half Term Soccer School!

An evening with Palace supporter and Hollywood star Jim Piddock