The Palace for Life Foundation has raised £12,185 with fans bidding to play alongside former players in teams managed by Palace legend Julian Speroni and former midfielder Eddie McGoldrick.

The chance to play at Selhurst Park in front of the annual beer festival crowd was offered through a series of auctions with Palace fans bidding to play 45 minutes in their chosen position.

Extras were offered to help increase the total sum raised with mascot spaces sold at £40 and the opportunity to take a penalty against Perry Suckling for £25. Whilst the match ball, captain’s armband and an interview with Palace TV also went to the highest bidder. 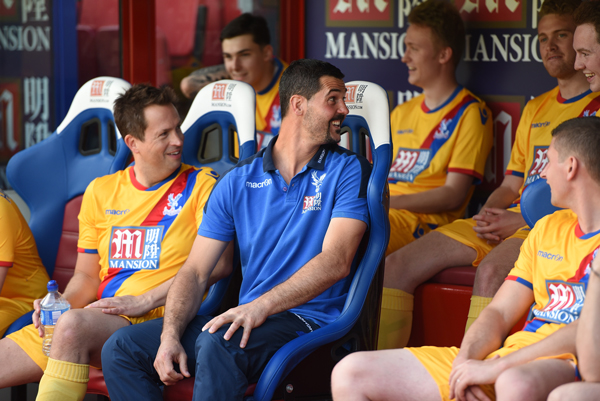 Palace fan Graham Orr was one of the successful bidders to play in the match.
“What a fantastic experience coming out of the dressing room and collecting my children as mascots before walking on to the pitch in front of the rest of my family.

This is the first time the charity match has been added to the beer festival line-up and after a successful event; it is likely a similar match will take place next year. Stephen Browett, Trustee of the Foundation said:
“A mate of mine who is 60, was playing centre-back and told he could take a penalty if they got one. So it was a dream come true for him – it was the greatest day of his life!”