To celebrate 30 years of the Premier League, clubs around the country have been recognised for their outstanding work in their communities. At Palace for Life, Full-Time Coach Michael Lacey – who has been with the Foundation for over 23 years – has been handed the armband.

Michael Lacey is a Full-Time Coach at Palace for Life and has been working with the Foundation since 1999, making him the longest-standing member of staff at the charity.

To honour his long-term commitment to the south London community, Michael was awarded with his Community Captain armband and pennant by the Premier League, who stopped off at Selhurst Park, with the Premier League trophy this week.

Lacey’s journey at Palace for Life began when he was volunteering at his children’s school, and the manager of the team they were playing worked at Palace. They asked if he wanted to do any volunteering, he obliged, volunteered for two weeks and was swiftly offered a paid role at the Foundation, where he completed his coaching qualifications. He hasn’t looked back since. 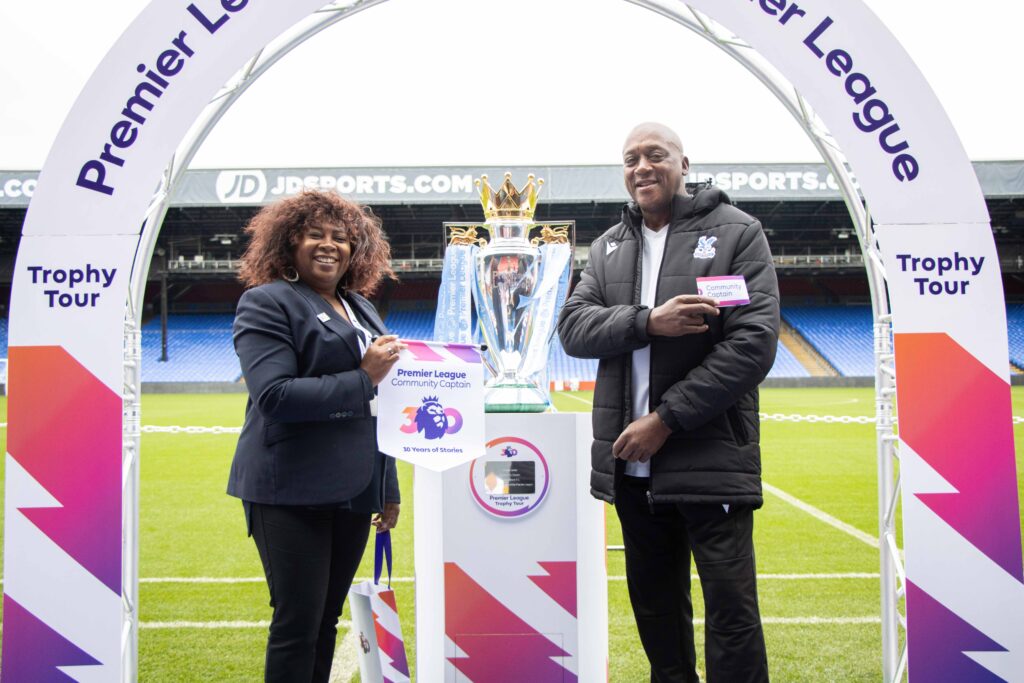 Lifelong Palace fan Michael has worked in every corner of the Foundation during his tenure, from delivering Premier League Kicks sessions on local south London estates when they first began 15 years ago, to running disability football sessions, one-to-one mentoring, to where he is now, delivering PE lessons in schools and running the Holidays Activities and Food (HAF) programme to children across south London. 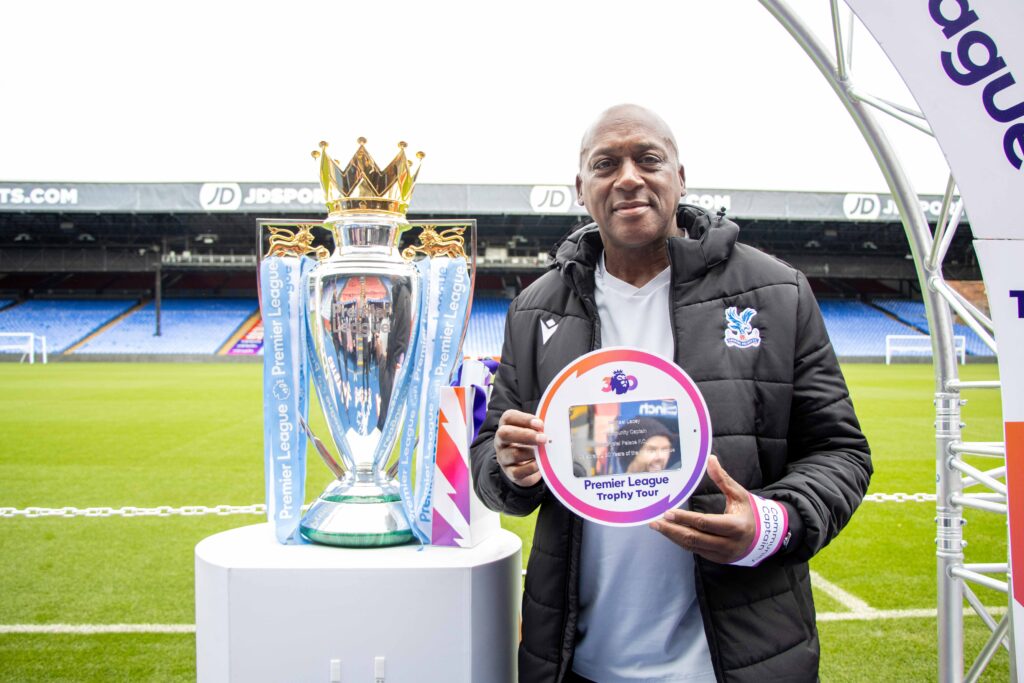 Michael was one of nine children growing up on an estate just around the corner from Selhurst Park in Thornton Heath in the 60s. His family was the first black family to live on the estate, so he is familiar with some of the issues that young people in our community can face. From an early age, Michael had a knack for engaging young people with sport. Where he lived, he used to rally up the local kids and organise football matches between roads – this urge to bring together the community he lived in is something that came naturally to him and has simply followed him through life.

This natural ability and desire to help people has had a huge impact on the local community since his post began in 1999. His first role was delivering Premier League Kicks sessions in the early years, even mentoring Palace’s talisman Wilfried Zaha. Michael helped Zaha, and other young people growing up in the area, avoid going down the wrong path in life, using the power of football, and the power of Palace to get them focused on something else. His inclusive and approachable demeanour has impacted hundreds of young people in the area, and he says it’s something he’ll never tire of.

Zaha wasn’t the only participant Michael coached that has now gone onto great things. He also coached the now number two at Southampton F.C. and another is now a coach at Manchester City, along with two other former participants who are now in senior positions at local schools.

One thing that has kept Michael motivated over the years is seeing participants turn into decent young people, which he honestly can say that they are. 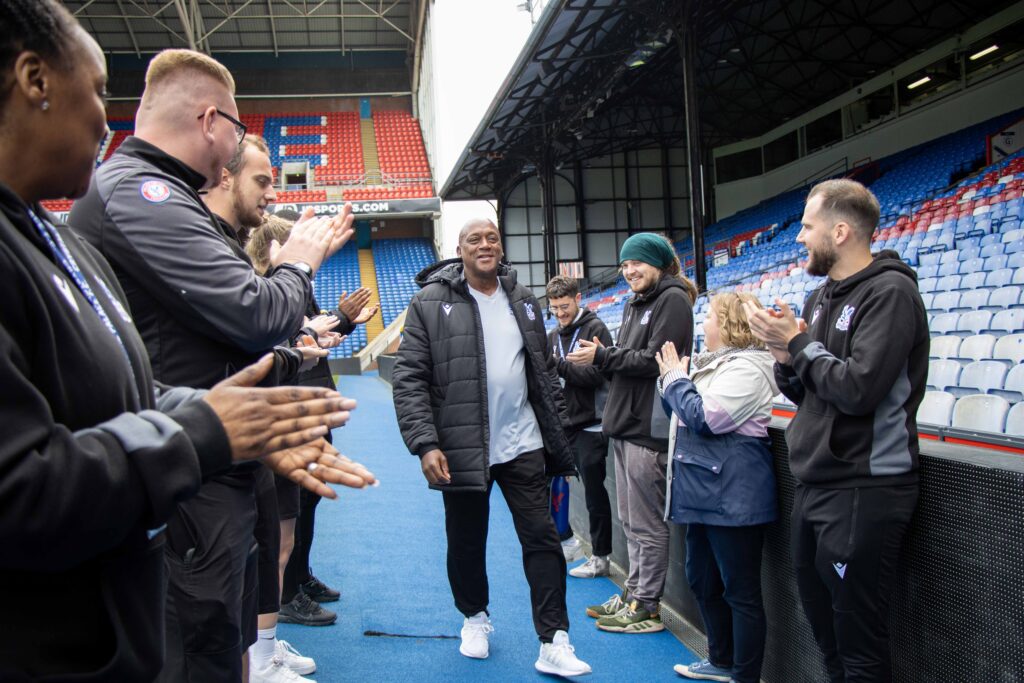 What’s next for Michael? He’s really enjoying his time working in schools now, after feeling satisfied his work is done coaching football. Over the next few years, he hopes to continue to develop the lives of youngsters in south London, specifically in schools – and at 61 years of age, there’s no sign of him stopping.