We spoke to long time Palace for Life coach, Palace Fan and community stalwart Michael Lacey. We spoke about his early life, career and passions to get a better insight into an influential figure from the local area.

Black History Month is a very important time to reflect on the influential black role models and high achievers in our community. In Croydon, one man encapsulates better than most true passion for sport, Crystal Palace F.C. and the local community.

Michael Lacey is a long-time football coach, mentor, teacher and a huge Palace fan. Michael has been at Palace for Life Foundation for 20 years and heavily involved with the Premier League Kicks, even coaching Wilfried Zaha during his teenage years. 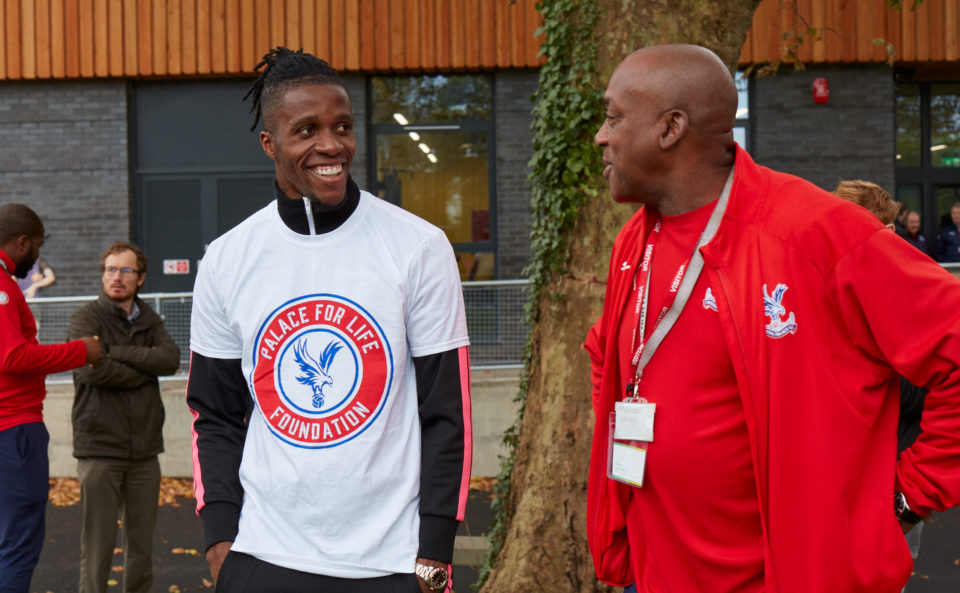 We sat down with him at Tweeddale School where he now teaches and coaches to discuss his life, work and the challenges that he faced growing up as a black man in south London.

“I’ve done quite a bit through my career but there’s been quite a few other people involved along the way. It all stemmed from a local football club that we started at 22 years ago, I came to the Foundation and at those times there were lots of gang problems, a lot of boys came to us and by the time we were finished with them they were out the gangs. They’re all working, they’ve got their kids now, some of them have brought their kids for me to coach.”

“I grew up in a family of nine so you learned how to give and take. In my case it’s more giving, as I was the oldest boy. Especially where we grew up, because it’s hard on the estates in Croydon and Thornton Heath. It was challenging, on the whole estate there were three black families, that was hard.

“Those kinds of things made me the person I am today, because those kinds of things they boiled me a little but as you get older you learn to live with it, how to get out of certain situations, how to deal with some very ignorant people, really, that’s what I put it down to anyway.

“It’s about people’s education on people of colour. If you’re taught something about certain people, especially by your parents, you believe in it, so if they see a strange face come along they’ll say ‘oh, my parents said that about you’ and that’s what they have until they get to know people.”

Speaking to him, you could see the way Michael had ruminated on issues that had plagued him during his younger years, but when conversation turned to how things had changed, his face lit up.

Moving on to talk about his time at Secondary School, Michael continued:

“This was the time when things like the National Front came in and they were firing air guns at us and things like that. We stood our ground for our little brothers and sisters and our dads and mums because they were getting it [abuse] as well.”

When he spoke about the way society has changed, you could see a joy spread across his face, knowing that things are very different for young people today.

“When I look around at young people now, from two-year-olds to 30-year olds, they all speak the same, they all listen to the same music, they all eat the same food. They’re all different colours and nationalities but they all seek the same things. So, everybody integrating that way has all become a good thing, now I don’t have to worry about my grandchildren suffering what I went through. It wouldn’t be that way because there are people who would stop it now.” 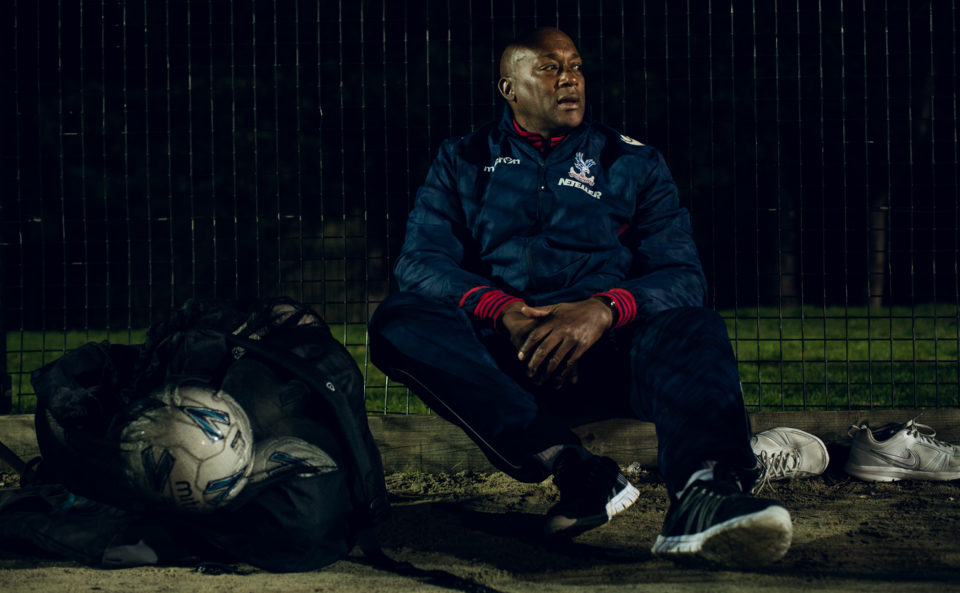 Michael’s journey into coaching was a twist of fate which very quickly took him from being part of his community, to leading his community.

“The school I went to, my son and daughter went to as well. One day I was there and the teacher was having trouble with some boys doing the training and he asked if I could help him, it went from there. We got these boys into shape, they were all off the estate where I used to live, and we went on to win the Croydon Cup and the league in the very first season. There was a Palace scout there and he said to me, do you want to come work for Palace? I went and did a little bit there and thought, ‘I quite like this.’”

When it comes to his work, it’s clear to see that Michael has a very simple and clear ethos: “Sport is about fun, especially when you’re with kids. Teaching is the same, just be honest with them and tell it as it is.”

And that comes across in the relationships he still has with so many of the people he has coached.

“They’ll stop you and they’ll come and chat, it goes to show that what we did was good. The guys I worked with, [Foundation coaches] Qudus and Damola, they both started with Palace when they were 15 or 16 and they’re teachers now, they don’t have to work on a Thursday night but they still come to Kicks Community League. They’re young people that I’m really proud of. They started off with me and they’ve got families now and they still want to be there.” 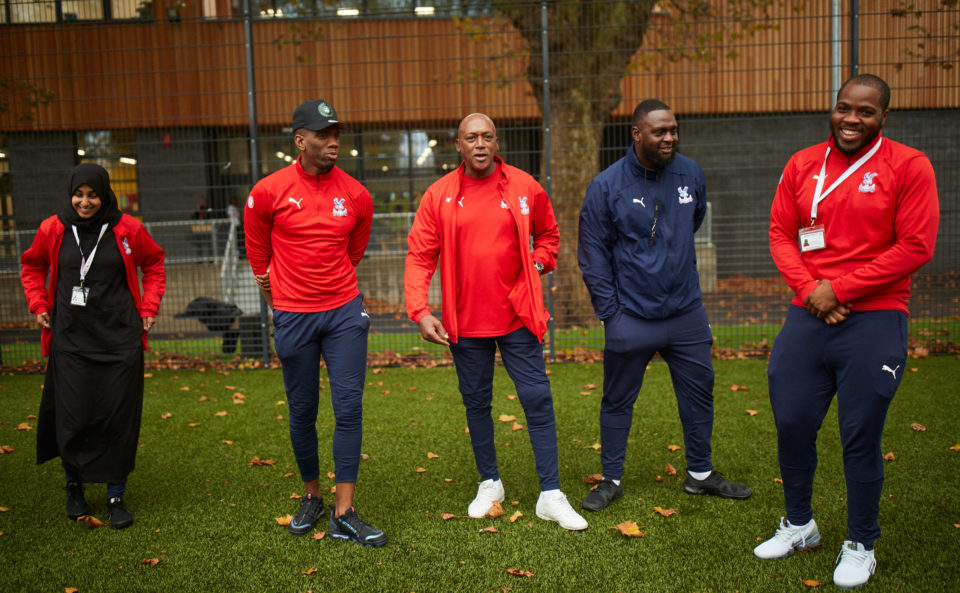 Even for all the successes that Michael has had, he knows the challenges that have to be overcome.

“I know how hard it is to get places in life, I’ve not had the easiest journey but I’ve been one of the lucky ones.

“There’s nothing worse than waking up in the morning as a teenager and thinking ‘what am I going to do today?’ I had a young guy come to see me recently, he kept smelling of weed and I said ‘stop smoking mate it’s not you’. He kept going and he was acting silly on the pitch, so I took him into a room and said ‘what’s the problem then?’ And he just broke down. He said, I’ve got nothing, I’ve been kicked out of Uni, I smoke weed every morning and every night.’ So, I’ve persisted with making sure he gets help. Now he’s smiling, he’s not smoking weed, he’s going for interviews.”

After everything, one thing is clear, Michael is not doing this for himself, his inspiration has remained constant – young people succeeding.

“It’s not about me feeling nice about myself, I’ve got these lovely grandchildren, that’s nice for me, I’ve got my rewards in life, but really I just want these kids to have something they can be proud of.”

Everyone at Palace for Life Foundation would like to thank Michael for all his work with us and around Croydon and south London over the past two decades.