Home > News > Marathon March: “You can do anything if you try”

Marathon March: “You can do anything if you try”

Daniel Clarke was one of 150 Palace fans to take part in the Marathon March 2018 for Palace for Life Foundation, but for Daniel it was about more than just completing the charity walk. 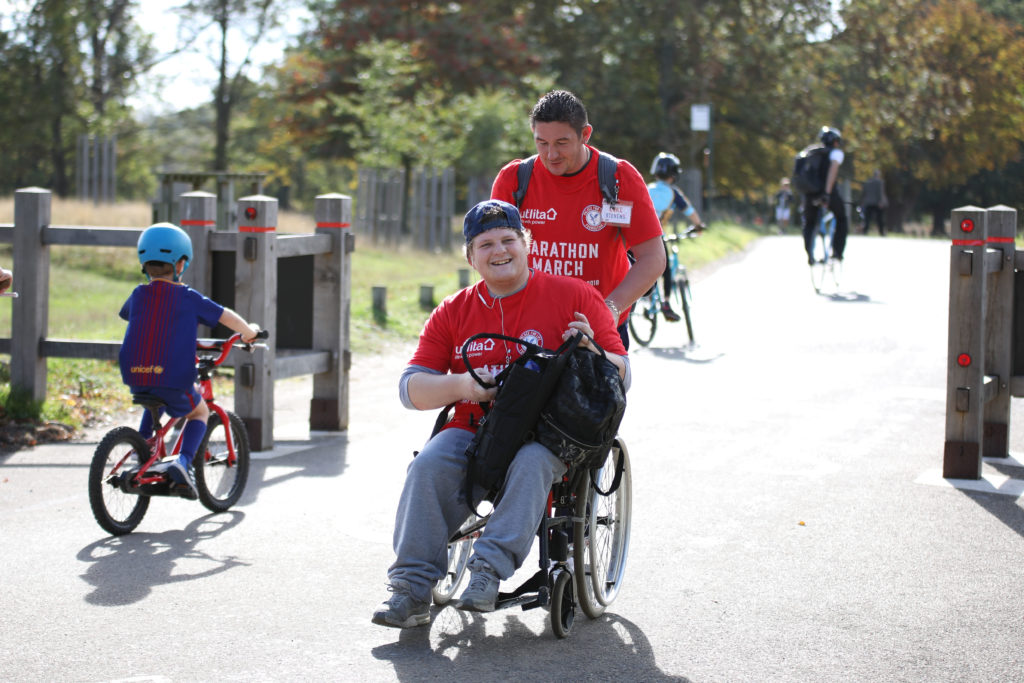 Having attended a youth club with the Foundation from the age of 10, Daniel, now 25, wanted to give back and despite having recently come out of hospital, was determined to send an important message.

“I wanted to show people with a disability that they can do the same things as anyone else, there will be barriers, but you can find a way.

“It was difficult, I’d just come out of hospital and I’d been told not to do any physical activity, but I took a wheelchair and the youth club sent a member of staff to help me.”

Daniel, who was born and raised in south Croydon, completed the 26.2 mile walk from Selhurst Park to central London, walking most of the way but using his wheelchair when he needed a short rest.

In 2018, the Marathon March raised more than £100,000 to support the Foundation’s work with young south Londoners, using the power of Palace to inspire more than 13,000 young people to build a brighter future. 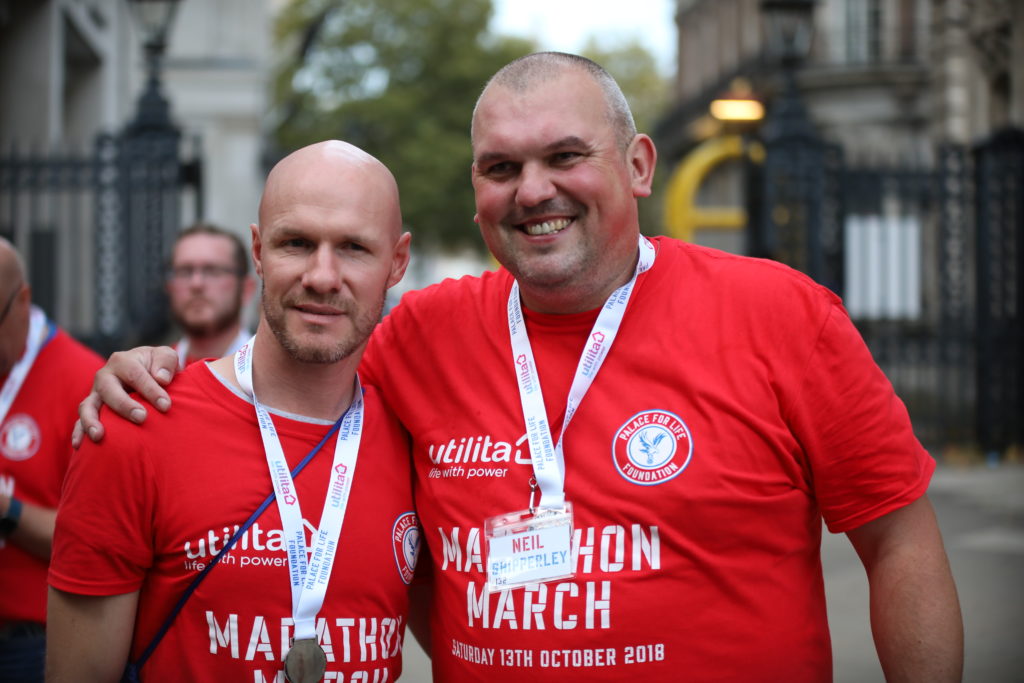 Daniel now volunteers at Waddon Youth Club, where he attended regularly as a youngster, supporting young people with learning disabilities. The youth club is run in partnership with Croydon Local Authority and Daniel spoke about the positive impact it had on him: “I was nervous at first when I started going but I met lots of new people, played football and got to try things I’d never done before, we also went on holiday camps.

“I wanted to give back by doing the Marathon March, it’s not just Palace for Life Foundation, but the whole club and what they do for everyone in the area.”

The Marathon March is a non-competitive event that is open to everyone and will take place on Saturday 12 October and you can SIGN UP HERE. All participants are asked to register for £25 and commit to raising a minimum of £300 each in sponsorship and all those that do will see their name printed in the Palace matchday programme and on the Palace for Life roll of honour on their website.

For Daniel, it wasn’t about the recognition: “I didn’t want the praise for it, I was just another person taking part on the day. I would love to do it again,” he explained.

“It was hard, but all the people that were supporting kept me going, we had lots of stops on the way and there were always people there to help.

“At the end I cried because I wanted to show people with a disability that they could do the same, you can do anything if you try, that’s how I like to live my life.”

If you want to challenge yourself and take part in the Marathon March 2019, SIGN UP HERE.