Crystal Palace F.C. winger and south Londoner Malcolm Ebiowei was a very special guest at a Premier League Kicks session last week. Here he reflects on attending the sessions himself and receives his debut ball.

The Premier League Kicks (Kicks) programme has been running for over 15 years and is designed to engage young people between the ages of 8-18 in a range of constructive activities to divert them away from crime and anti-social behaviour. With support from organisations such as The Metropolitan Police and Youth Offending Team, Palace for Life’s Kicks programme uses the power of football and other sports to create safer, healthier and more respectful communities by developing young people’s potential.

Born and bred south Londoner Ebiowei joined 70 young people at the Kicks session hosted at Selhurst Sports Arena last week which take place every Monday and Thursday evening, amongst a variety of other locations in south London. 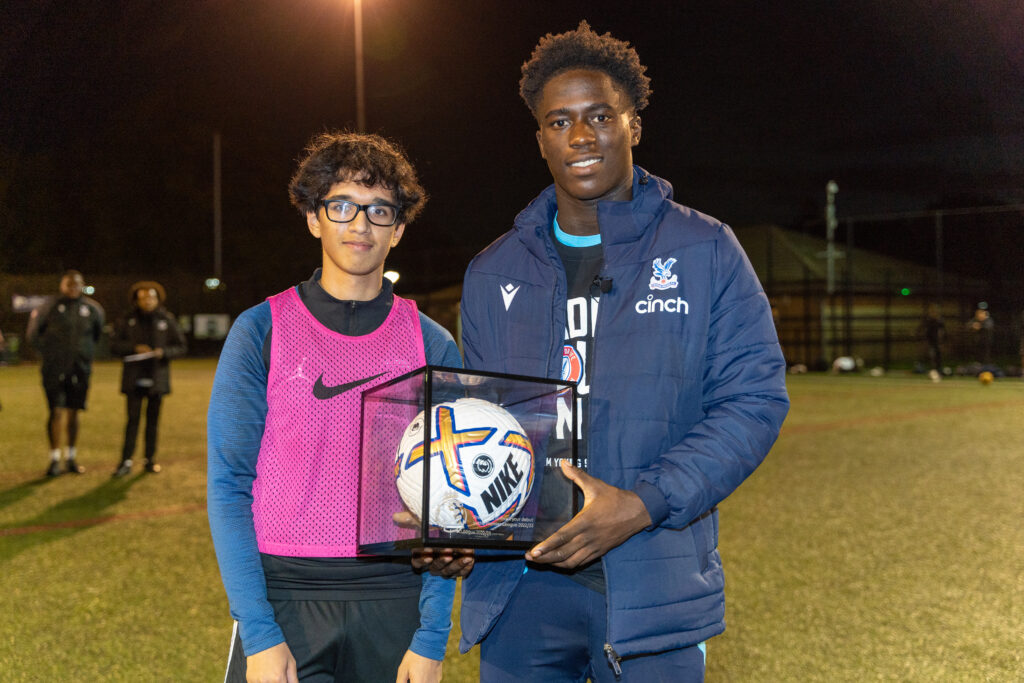 Ebiowei was one of a number of Palace players, including Wilfried Zaha and John-Kymani Gordon, who were part of the programme. He said:

“Premier League Kicks was perfect, I had one at a youth centre and it was 30 seconds away from my house. It [showed me] how important it was to not hang around, but to enjoy playing football with friends,” he explained

“It helps keep the mind clear, it gives you something to do instead of just sitting around all the time and which could potentially lead to someone doing something bad.”

“This programme definitely [creates a certain type of south London footballer]. You see how tight the pitches are here, they’re astroturf, you have to wiggle your way out of problems and it helps you become better and gain more skills.”

As well as chatting about his experience attending Kicks, Ebiowei was presented with his debut ball; he made his Premier League debut coming on as an 87th minute substitute for Eberechi Eze in Palace’s opening fixture of the 2022/23 season against Arsenal – one of the teams he played for at Academy level.

Additionally, Ebiowei was presented with his silver FIFA Ultimate Team card at the event. These cards contain stats and information unique to each player in the game FIFA 23 and Ebiowei is rated 65 ‘Overall,’ and his best attribute is ‘Pace,’ which is rated at 77. 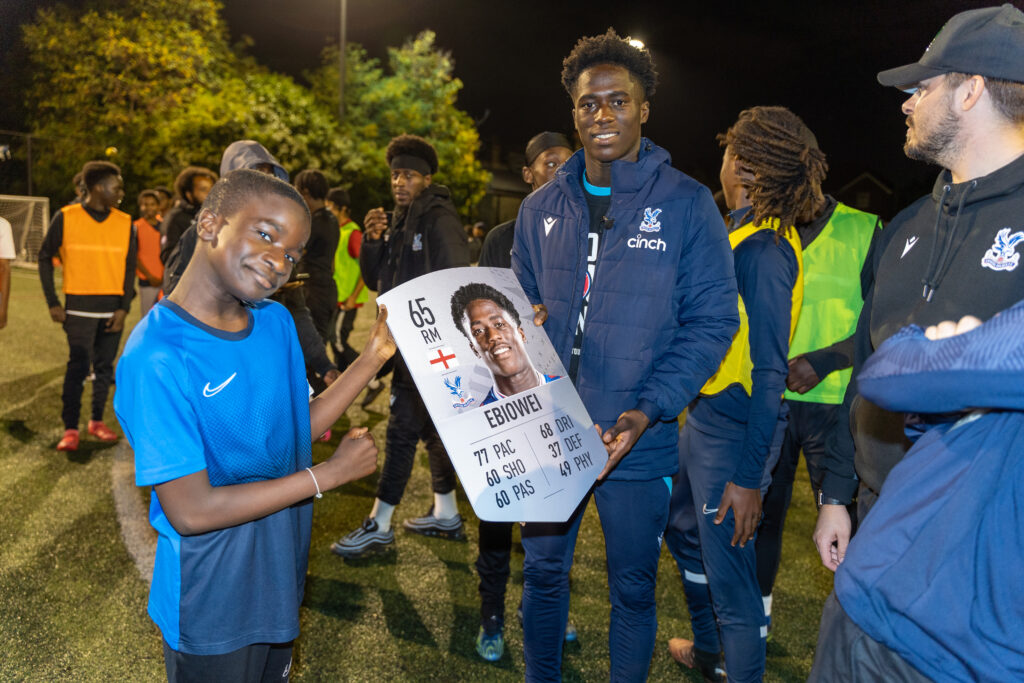