Tuesday 25th May saw Palace for Life Foundation host a Play on the Pitch day at Selhurst Park stadium, giving participants across Foundation projects the chance to play at the Premier League stadium. 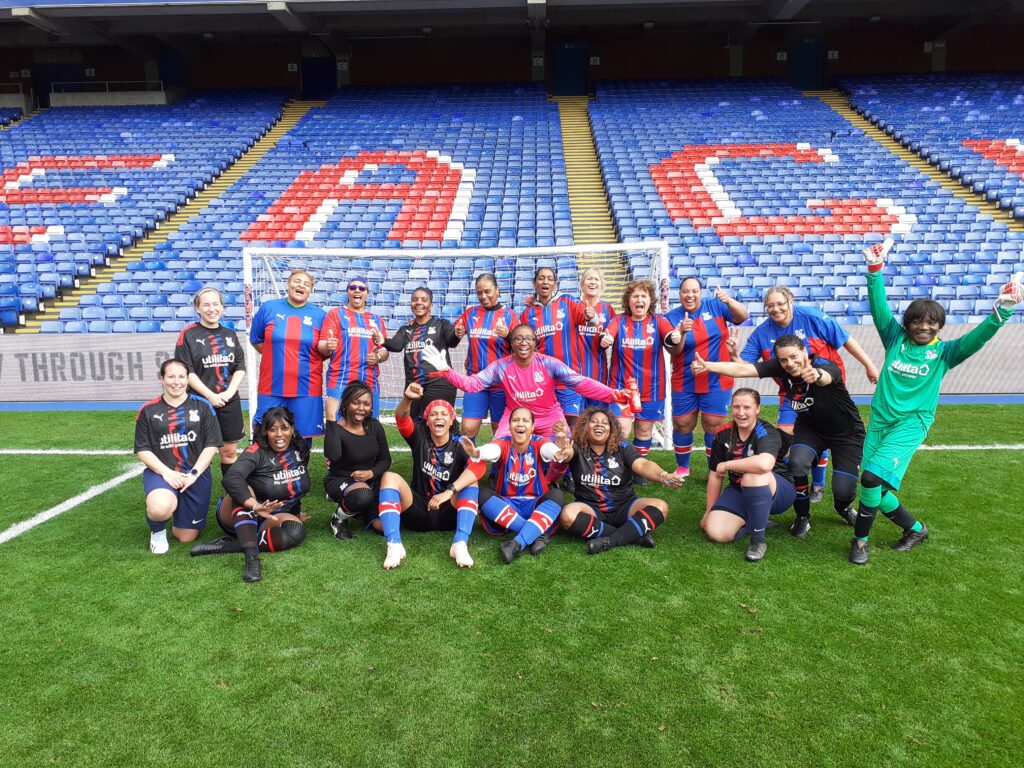 One of the groups invited to play were the Palace for Life Women’s Rec team, a fortnightly session for women who want to get more active or start to play football.

Linda is a regular attendee at the Women’s Rec sessions, which have given her a chance to rekindle her love for football, a sport she used to play but lost passion for due to other priorities in her life.

Before joining the team, she hadn’t played for a number of years and only came across the sessions after they were mentioned at her workplace.  Linda soon became a regular and has now been attending for a number of months, thriving with the opportunity to find her love of the game whilst getting outdoors and active with fellow participants who have now become friends.

We were delighted to invite Linda and her teammates along to Selhurst Park where they played a match amongst themselves in front of the Holmesdale. The 30-minute game finished with a 2-2 draw, with Linda equalising for her team in the last minutes of the game!

To Linda, this opportunity gave her the chance to fall in love with playing football all over again: “I’ve loved the game since I was a child. I used to play in my early 20’s many years ago, but I stopped and became a parent. Women’s Rec gets me out for a bit of fun, exercise and allows me to mix with other women which is great.

“Playing out there at Selhurst Park today, although a bit more competitive, it was fun with lots of laughter between the girls. I’d like to thank Palace for Life for supporting us and helping me re-find my love for the game, the whole thing has been brilliant!”

The Women’s Rec football sessions take place fortnightly on Sundays. They are appropriate for women aged 18+ of any ability, with sessions being focused on getting active, having fun and meeting new friends.

To find out more about Women’s Rec football, click here.