15-year-old south Londoner, Ceren, from Harris South Norwood Academy is one of the many participants who has been positively impacted by Palace for Life’s girls-only Kicks sessions.

Ceren’s dream is to become a professional footballer. She began her journey at school in South Norwood, where she developed her technical ability, enthusiasm, and passion for the game.

Through participating consistently at school, she was offered the opportunity to play at Palace for Life’s annual Play on the Pitch event, which gave her the chance to battle it out against other schools on Selhurst’s hallowed turf. 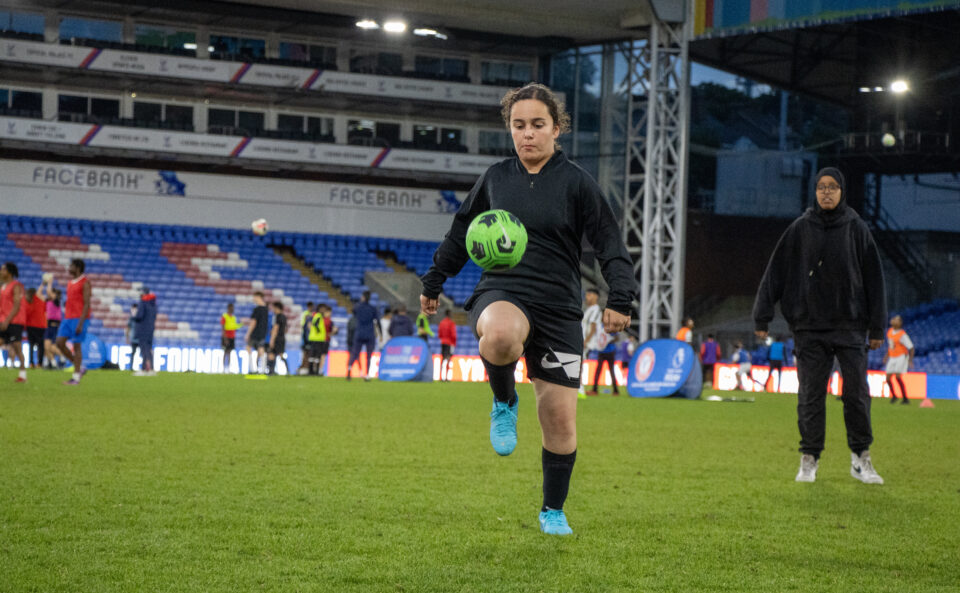 Ceren in action at Selhurst Park

Since playing at her after-school club and at Selhurst Park, Ceren not only found a passion for playing the game itself but also found herself taking on a leadership role, assisting her coaches to encourage girls to play more football, as she believes it’s crucial in the development of the women’s game. She voiced:

‘If being a pro footballer doesn’t work for me, I want to get into coaching so I can show girls it’s not just the boys who can play, we can play too.’

After catching football fever at school, Ceren started to attend community Premier League Kicks sessions on Mondays but warned her coaches that her temper can rise when in a football setting as she doesn’t like losing; something a lot of footballers – whatever level they are – can likely relate to.

‘The teachers and I have been encouraging her to get involved externally to help develop her further, so it’s great to hear she now attends Palace for Life community sessions. She encourages the girls to do well and never gives up, she has great self-belief but does often get frustrated when she misses her shots. All in all, Ceren is a hard-working participant and has a great personality. She has great leadership skills.’ 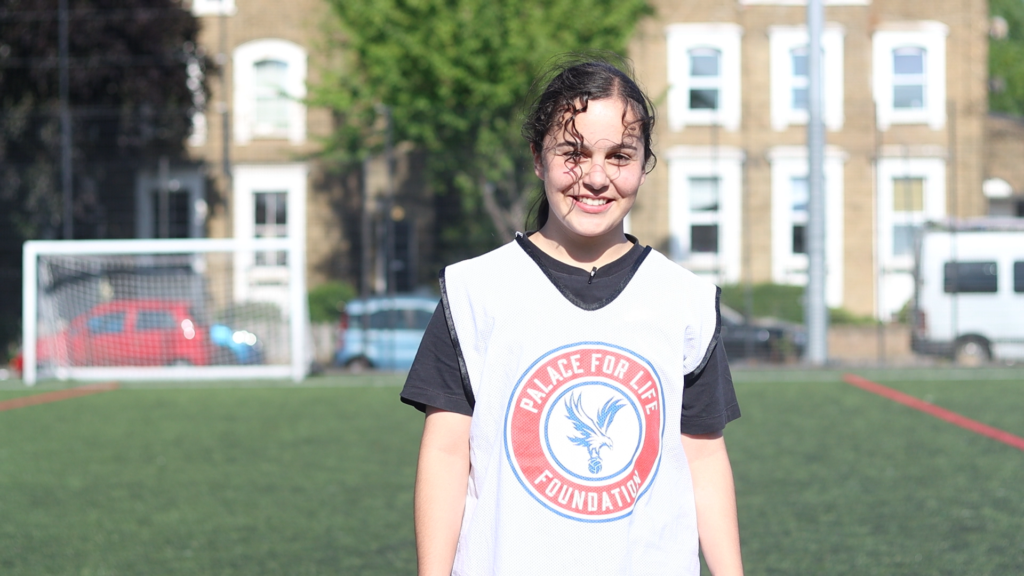 Ceren sporting her Palace for Life bib at a Kicks session

After a few sessions with her Kicks coach Raya, Ceren noticed that she’d seen a change in her attitude – she began to always play with a smile on her face, made sure her voice was heard, whilst being extremely encouraging to her teammates. Ceren said:

‘I definitely feel the biggest difference I’ve seen in myself is a change of attitude, I would always get angry when playing the game but now I care much more about how the team is doing and I’ve learned I shouldn’t only rely on myself.’

‘I’ve only known Ceren for a couple of months, but from what I’ve observed from her is perseverance, determination and consistency. She comes to every session ready to play and is always encouraging to her teammates, and is welcoming and always tries her best. I can most definitely see Ceren going down the coaching pathway and I know she will be amazing at it.’