Palace midfielder Conor Gallagher dropped into the Crystal Palace F.C. Academy this week to join in the 15-year celebration of the Premier League Kicks programme, and to present Palace for Life’s Jamie Broughton with his ‘Local Legend' status.

The Palace for Life Foundation has joined clubs around the UK to celebrate 15 years of the Premier League Kicks community programme, which supports young people to achieve their potential and improve their wellbeing through weekly football and education workshops.

To celebrate the milestone, Palace for Life hosted a London based Premier League Kicks tournament at Crystal Palace F.C.’s Academy on Tuesday to showcase the positive impact the programme has had on young people in the capital since its launch. Amongst the attendees was Palace and England midfielder Conor Gallagher, who said:

“These programmes are very special, I think it’s so important for them to have a place to go and play sport with other kids, to express themselves and have fun.” 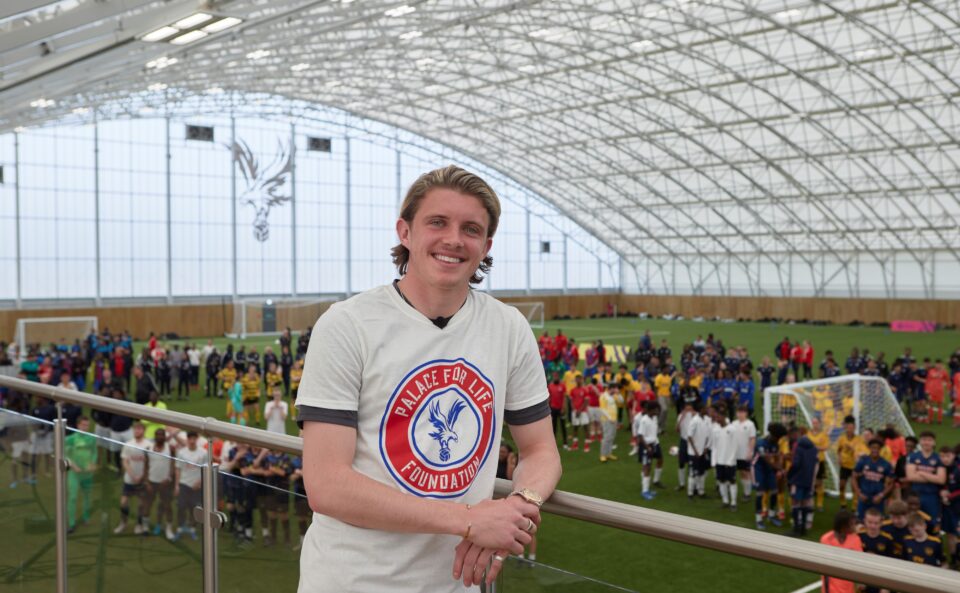 When asked about how important it is that first-team players can get out into the community with young people, Conor said:

“It’s really important. I’m glad I have. This is my first [community visit] one this season so I’m glad to see them and show my face, show what it means and how it important [programmes like Kicks] is, and that it’s a great thing for them to do. Hopefully they can come back and carries on.”

Palace for Life has been running free Kicks sessions for young south Londoners for 10 years thanks to funding from the Premier League. These are weekly football and multi-sport sessions for young people, giving them a safe space in the city to play football and have fun with their friends. Since Palace for Life began running these sessions in the 2006/2007 season, 8.849 young people have participated in Kicks sessions, and over 12,500 hours of free activity has been delivered to support young people across south London over the years.

“Wilf was part of Kicks, so it’s amazing to see where he is today. He’s a top player and the career he’s had and having still, it’s amazing. There’s probably the next Wilfried Zaha [playing in the tournament] in there now!”

As part of the celebrations, all clubs involved in the programme have nominated a ‘Local Legend’, someone who has taken part in, volunteered at or worked on the programme and has positively impacted hundreds of people in their community. Palace’s Local Legend nominee was Senior Community Development Coordinator, Jamie Broughton.

Jamie’s journey with Premier League Kicks started in 2007 as a participant in the programme, before going on to volunteer with Palace for Life in 2013, where he gained his FA Level 1 coaching badge. Since then, Jamie has gone from strength to strength, becoming a sessional worker delivering Kicks sessions, to becoming a full-time Senior Community Development Coordinator leading on Kicks; Jamie is also Head Coach for the Crystal Palace Under 21 Women’s team. 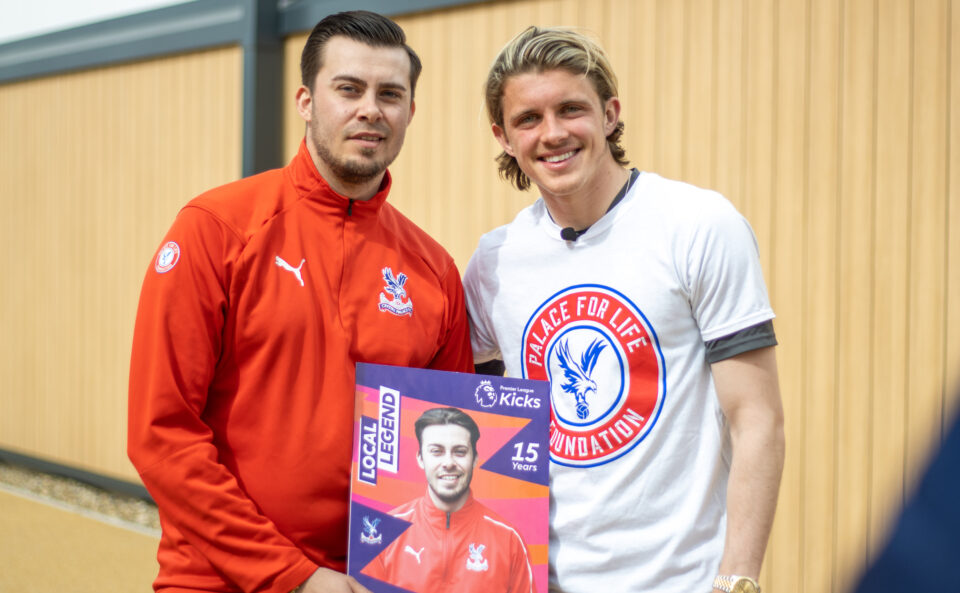 Conor presented Jamie with his bespoke Local Legend panini board at the anniversary event this week. Jamie said:

“Being nominated as Palace’s ‘Local Legend’ is humbling. Premier League Kicks has been a massive part of my journey for such a long time and Palace gave me the opportunity to be involved within football full time. Now, it’s all about giving this next generation of young people their platform to go and achieve their dreams and realise their potential.”

Palace for Life were thrilled to have the opportunity to host this event and would like to thank the Premier League for their backing, as well as all of the participants in the Kicks community for taking part.

For more information on the Palace for Life Foundation and Premier League Kicks, click here