An evening with Palace supporter and Hollywood star Jim Piddock

In April, Palace fan and Hollywood star Jim Piddock launched his new book at the Bookseller Crow in Crystal Palace, and has kindly offered 25% of net proceeds of the book to Palace for Life. We caught up with Jim at the event.

Jim Piddock’s memoir ‘Caught with my pants down and other tales from a life in Hollywood’ tells the story of his hilarious and turbulent life through the world of showbiz, as well as his involvement with Crystal Palace F.C.

At the launch of the book in April, Jim sat down with comedian, presenter and Palace supporter Kevin Day to chat all about his journey from a small village in England to the heady heights of the Hollywood hills, revealing what really goes on behind the scenes in the entertainment industry.

Beyond his life in showbiz, Jim is well known for his connection with Crystal Palace F.C., particularly for helping save the club from bankruptcy by founding the Crystal Palace Supporters’ Trust in 1999.

Jim has kindly offered 25% of net proceeds of the book to Palace for Life and the remaining 75% is going to BAFTA LA and a charity supporting Ukrainian refugees. 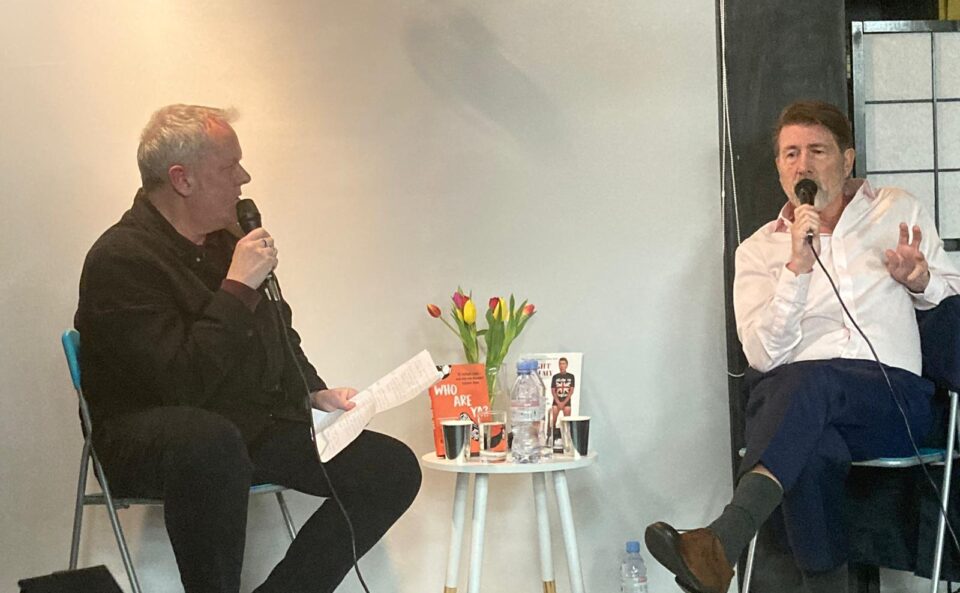 At the launch, Jim reflected on how Palace features in the book:

“Well, I’ve got a Palace related chapter all about giving a speech at Selhurst Park during the Trust days. There’s stuff laced all the way through about Palace and how acting was my fall-back because I realised at the age of 14 that I was way to crap to be a footballer! I’d say the book has a fair streak of Palace all the way through it, so it’s never too far away.”

The launch was held at, Bookseller Crow in the heart of Crystal Palace, an independent book store run by a season ticket holder of the Eagles, and saw Palace and book fans alike come together to hear Jim talk about his turbulent time in Hollywood.

When talking about how special the Foundation is, Jim said:

“I think the Foundation is fantastic. It’s absolutely brilliant what they do. I’ve followed their work from a far and I’m in touch with Mike [Summers] quite a lot. My original idea was to donate 25% to Palace for Life and 25% to BAFTA’s access for all programme. Then every night I was seeing the news about Ukraine and that was when I said I’d give the other 50% to Ukrainian refugees. I didn’t write the book to make money and I’m in a position to be able to do that so it’s lovely.”

Palace for Life would like to extend a huge thank you to Jim Piddock for donating 25% of net profits of his book to us, all of which will help us to transform the lives of more young south Londoners.

You can take a look how the night when down below.