A legacy for Zaian: Palace for Life host football tournament in honour of Zaian Aimable-Lina

Last week, 14 schools in south London came together for a football tournament at the Crystal Palace F.C. Academy to help raise funds for a new youth centre named after Zaian Aimable-Lina, who was stabbed to death in Croydon in December last year. Zaian was one of 30 young people across the city, 5 of which in Croydon, who lost their lives through knife crime last year.

Just after 7pm on the of 30th December 2021, fifteen-year-old Zaian Aimable-Lina was fatally stabbed in Ashburton Park, Croydon, by another fifteen-year-old, in what was described by the police as a totally unprovoked and brutal attack. Zaian was a student at the Oasis Academy Shirley Park in Croydon, and was a much loved and popular member of the community and school football team.

Last week, a tournament hosted by Palace for Life coaches at the Crystal Palace F.C. Academy , saw 21 teams from 14 schools, including Zaian’s friends and classmates, join together to remember Zaian and raise awareness of the Oasis Shirley Park’s goal to create a youth centre in his name.

With the help of its local communities, the Oasis Academy are raising funds to create ‘The Zaian Centre’, which is to be built in the disused building in the park where Zaian died, and is designed to help future generations of young people flourish.

The Zaian Centre aims to be a space to deliver a wide range of activities and opportunities, some ran by the Palace for Life Foundation, for young south Londoners, including:

Many areas in south London are in the bottom 10% of most deprived areas in the city, which as a result forces a continuous cycle of dangers and challenges for young people. Last year, Croydon had 1,817 violent crimes reported, making it the most violent borough in London, so the centre is a much-needed hub and symbol of hope for young south Londoners.

Mike Summers, CEO at the Palace for Life Foundation said:

“We are proud to be supporting Oasis Shirley Park in celebrating Zaian’s life, honouring his memory and helping raised funds for the new Zaian Centre, which will allow his name, memory and legacy to life on, and hopefully change the lives of many young people in Croydon in years to come.”

A huge thank you to all of the schools for taking part.

…but it was the Year 10 squad from the Quest Academy in south Croydon who snatched first place in the closing minutes of the final. 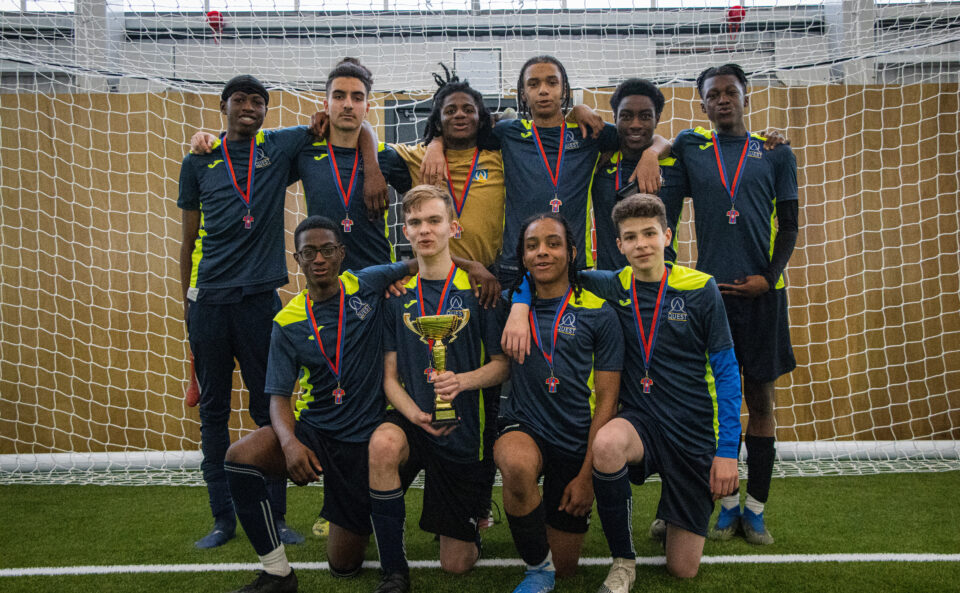