Palace for Life welcomed 130 special guests, including Crystal Palace F.C. manager, Patrick Vieira, to celebrate achievements of the past 2 years whilst looking ahead to goals for the future.

Joined by Chairman Steve Parish, Foundation patron Susanna Reid and Palace legend Mark Bright, guests were shown some highlights of Palace for Life’s work over the last two years and were urged to keep supporting young people and help to create a more positive future.

Vieira participated in a Q&A session with host Jim Daly, where he spoke about how special Palace for Life Foundation is and it’s impact on the community. He also discussed setting up his own Foundation in Senegal whilst he was a player and his beliefs on football being a tool for education. He said:  “Tonight is why I love football because it brings people together. Using football to bring people together is something I strongly believe in, and I’m really proud to support Palace For Life and the work that they do.

He continued: “People don’t realise the power of football and the impact that it can have on the community.” 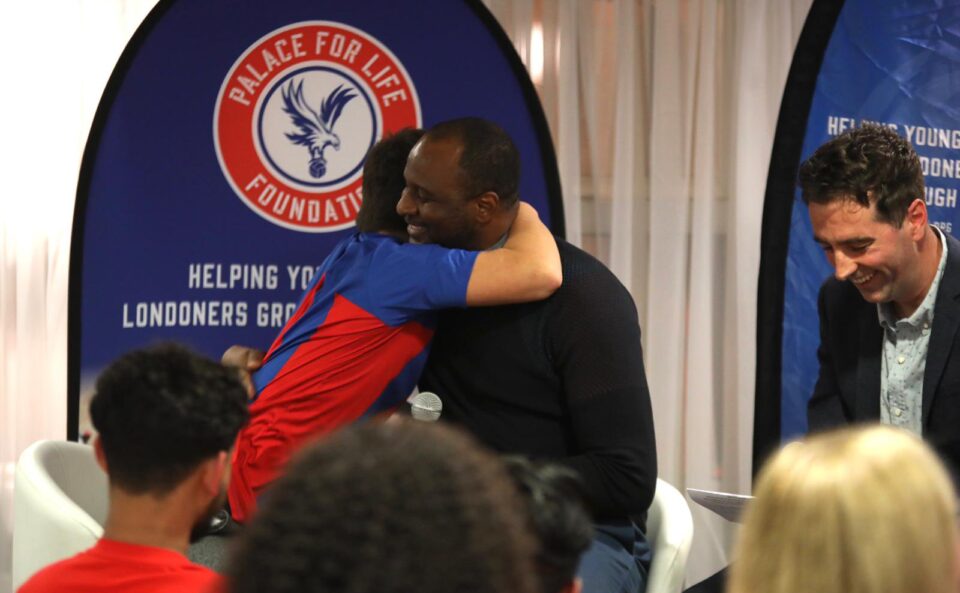 Perhaps his hardest questions came from the DS Eagles, who asked if they’d finish top 4, with the First Team Manager promising that he’d take them for dinner if they did!

The event was attended by representatives from the Premier League, The Metropolitan Police and local councils amongst others, and were joined by several Palace fans who had gone above and beyond to support the Foundation and their community.

The audience heard from a number of young people including Angel O’Dwyer who was once a young Palace for Life participant and is now a full-time member of staff. Angel spoke briefly about her journey before explaining the realities of knife crime and the real-life impact it has on young people from SE25 and beyond, including herself, and the work Palace for Life are doing to counter this. 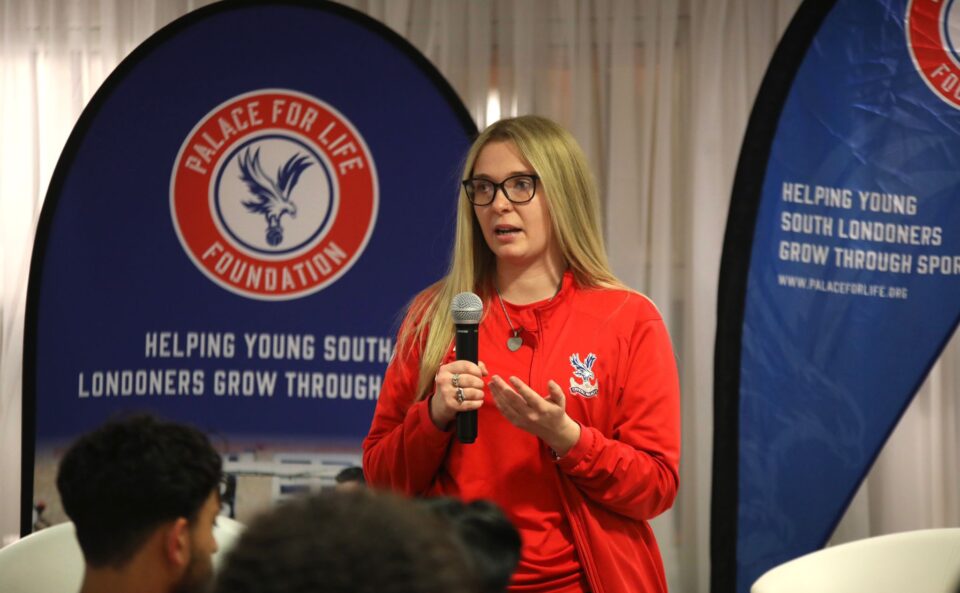 Her moving story touched Susanna Reid, who shared a story about her own experiences with knife crime, reiterating that she’s glad there are organisations such as Palace for Life helping to prevent more of these tragedies.

Susanna said: “I’ve been so moved to hear about all the amazing work that Palace For Life have been doing to reduce knife crime in south London. It is a cause very close to my heart.

“It’s magical to see the work that Palace For Life have done and will continue to do. I am so delighted to be a patron, it really does make you south London and proud.”

During the night we were joined by participants of the Get Involved project which aims to break down barriers to football in the Asian and Muslim community. Participants Akran and Abdullah shared that without the project they wouldn’t know what they’d want to do with their lives, but are now completing their FA Coaching badges and in volunteering and paid roles.

Project lead, Hazmi Bahrin, explained that the programme is so much more than just playing football and that through mixing with other Palace programmes it has provided a powerful education piece – with other young people helping to stop for prayer and learning about their culture and religion.

We were finally joined on stage by Brandon of the DS Eagles and his mum Sandra, who shared the importance of weekly Down’s Syndrome football sessions. Not only for Brandon, who loves to play matches and have fun with his friends, but also for Sandra, who has met some of her best friends thanks to the DS Eagles.

Throughout lockdown the football had to stop, but Palace coaches provided weekly video calls for the team, including football activities, quizzes and appearances from Palace players. On these, Sandra said: “The video calls were a lifesaver.  At the start of the lockdown I didn’t really know what to do. Brandon didn’t really understand what was going on and he’d lost one of the best parts of his week.

“Having these video calls let him see and talk to his friends every week, they had so much fun doing so, it was amazing. It really helped us to get through lockdown.”

Palace for Life Foundation work with 13,000 young people every year, working to create safer communities, healthier lives and brighter futures.  To find out more about the Foundation visit: palaceforlife.org