We welcomed 150 special guests, including Crystal Palace F.C. manager, Roy Hodgson, to Selhurst Park to celebrate our achievements from the past year and look ahead to the 2019/20 season. 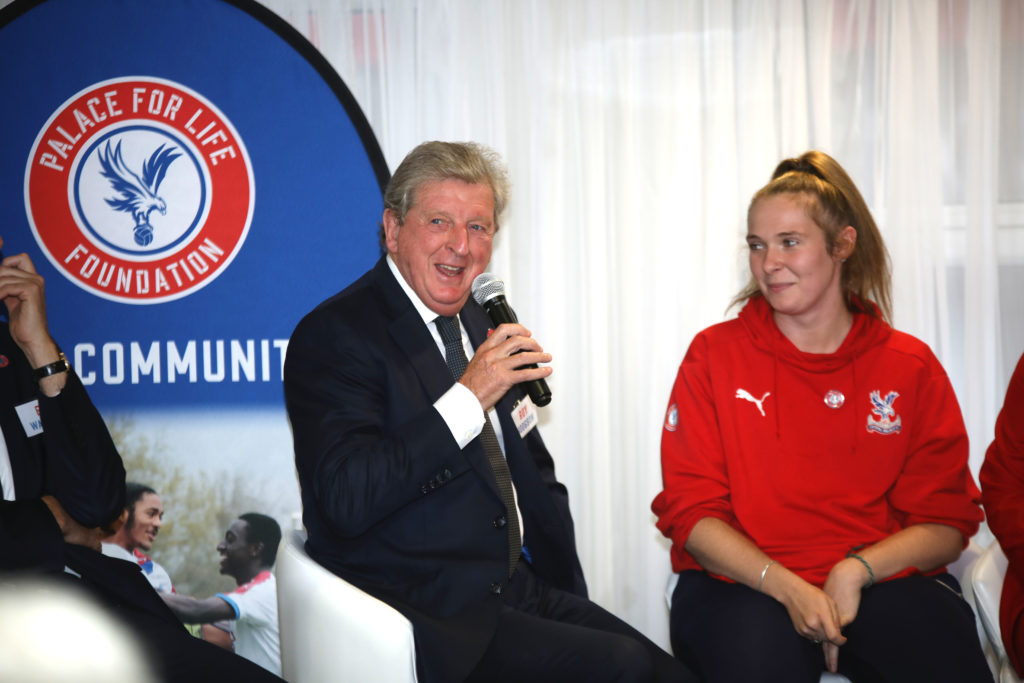 Hodgson joined a panel discussion about the power of football and also spent time meeting players from the Foundation’s Downs Syndrome team, as well as members of the Palace for Life Foundation team.

He said: “It’s a privilege to be here and hear what Palace for Life Foundation are doing for so many people and to hear the testimonies firsthand. It makes me feel proud to be a part of football, knowing that football can do so much to improve people’s lives.” 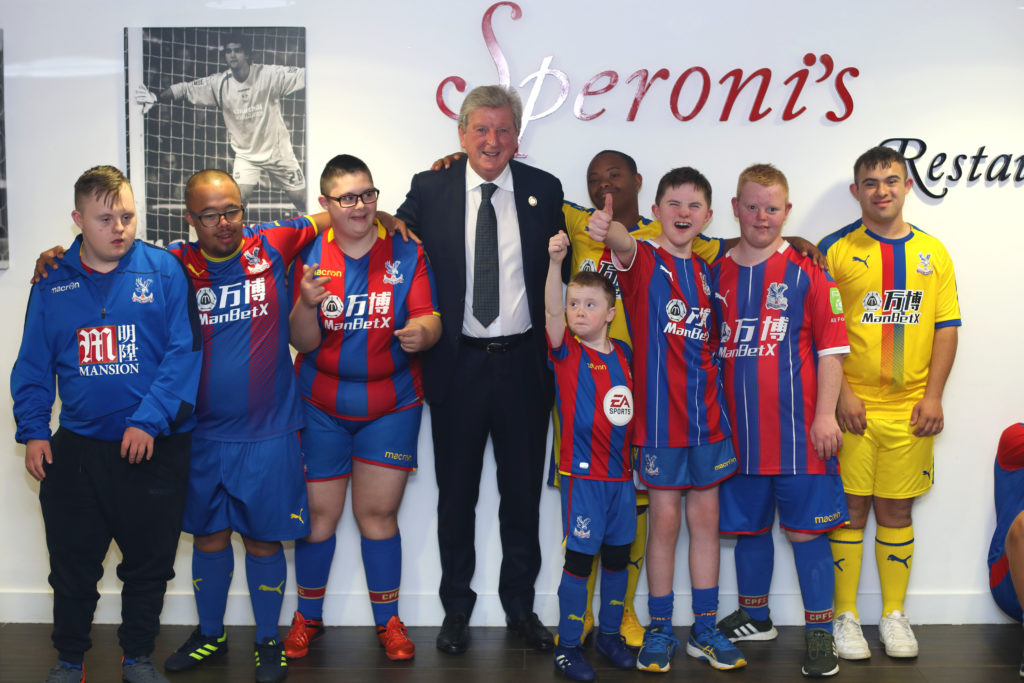 The event was hosted by TV presenter Ben Shires and attended by representatives from the Premier League, FA, Metropolitan Police and local councils, amongst others. There were also a number of Palace fans in attendance who have gone above and beyond for their local community, raising thousands of pounds or volunteering their time as ‘PlayMakers’ for the Foundation. 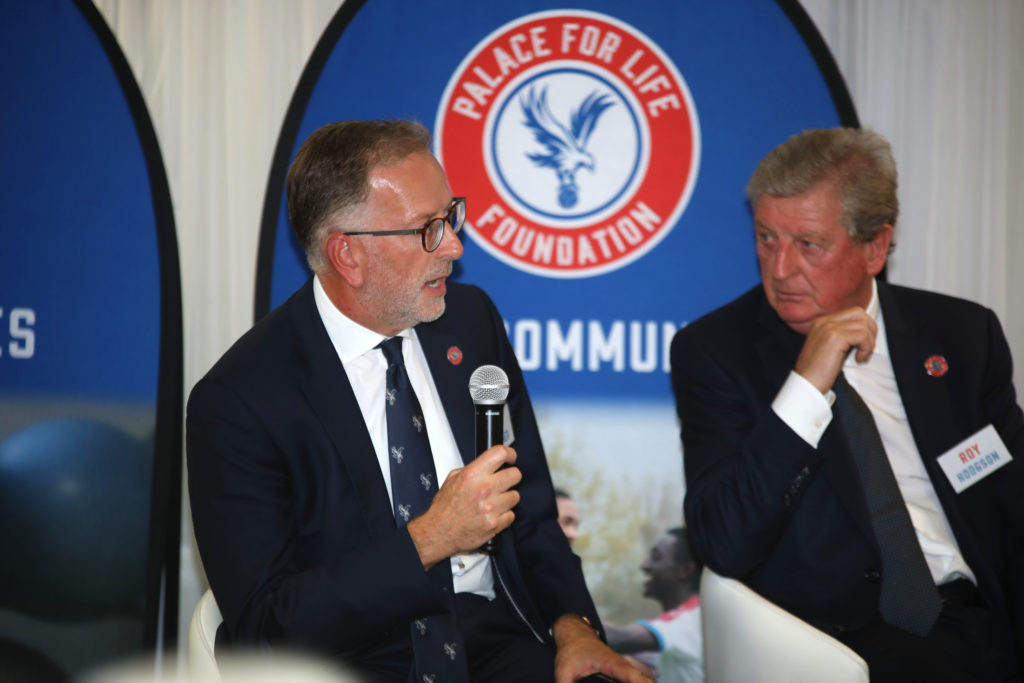 Palace for Life Foundation Chair Ed Warner said: “The work we do is so important, but together we can do more. We are so grateful to those people who help us and as a Premier League club we’re taking the global brand and bringing it alive for the local community which is really very special.

“For example we work with 50 young people on programmes such as Breaking the Cycle which works to prevent crime, but we want to be working with 500! It’s just a matter of resources, together we can really make a difference.” 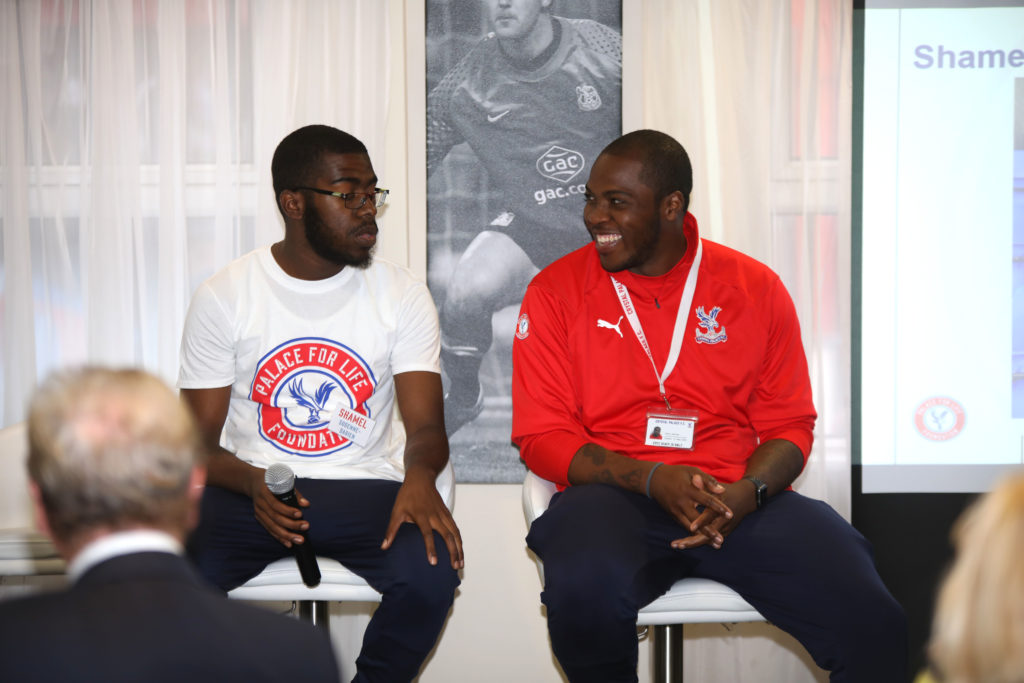 The audience heard from a number of young people the Foundation has supported, including 22-year-old Shamel, who found himself in Croydon Custody Suite after his life went off track and he was arrested. It was there that he met Foundation coach, Aaron Johnson, who is based at the custody suite as part of the Metropolitan Police programme, DIVERT.

Recalling the day, Shamel said: “Aaron walked up to my cell door and he was like a superhero, honestly. I didn’t know someone was going to come and save my day.”

“In the future I want to become a PE teacher and start my own youth club, so I’m working towards that now. This wouldn’t be possible without Aaron and DIVERT.” 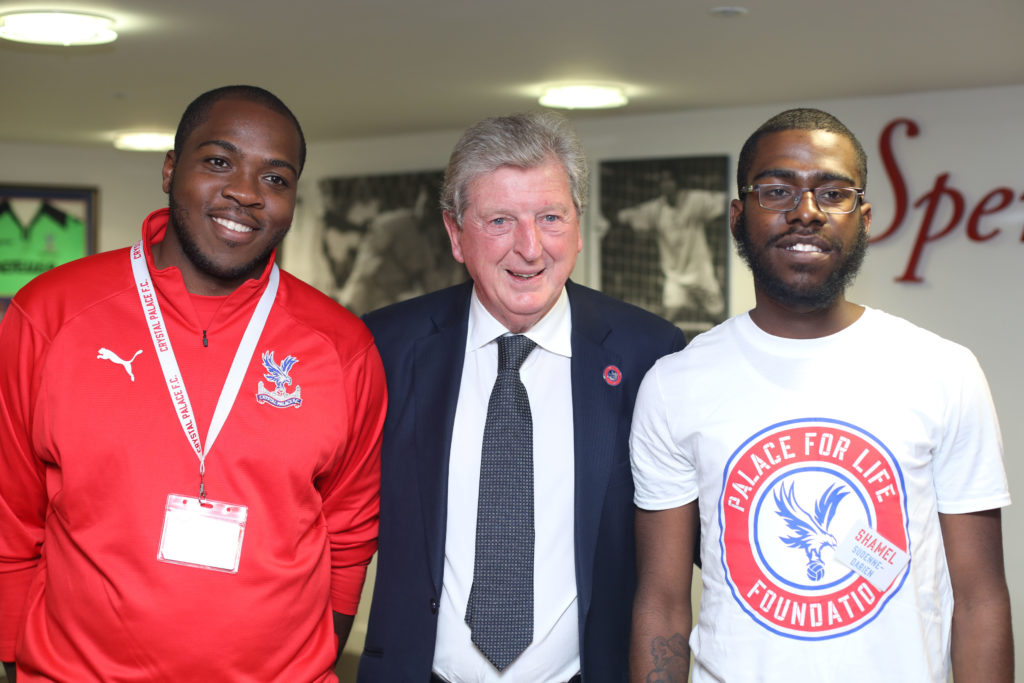 After spending time with Shamel, Aaron has helped him to start his FA coaching qualifications, allowing Shamel to pursue his dream of becoming a coach. Since October 2018, Aaron has worked with 123 under-25s, helping 54 into training or education and 11 find employment.

One of the other panel guests was journalist and presenter Saima Mohsin, who is an ambassador and PlayMaker for the Foundation, having mentored local schoolchildren in enterprise and presentation skills.

She said: “I’m a born and bred south London girl and a lifelong Crystal Palace fan. Since being involved with the Foundation these past few years, it’s been such an incredible experience, the work they do in the community is truly inspiring.

“I would encourage anyone who is interested in finding out more or would like to help, please do, the Foundation is for people from all walks of life, just like the club is.” 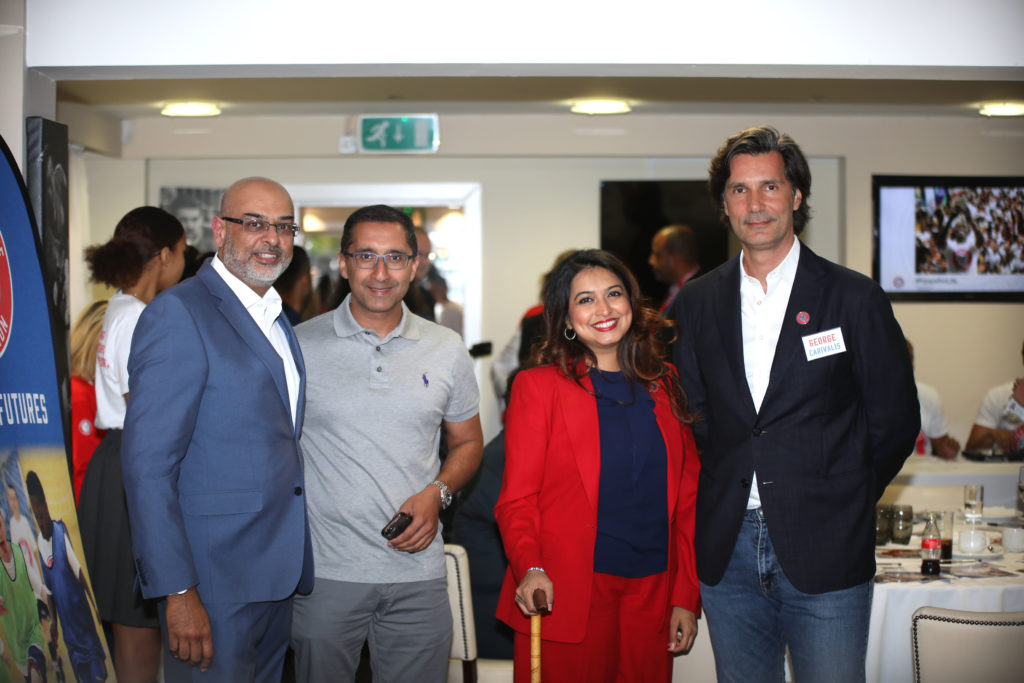 “Crystal Palace Football Club is at the very heart of everything we do and everyone here is part of that Palace family, we are making such a difference to the local community and together we can achieve even more in the future.” 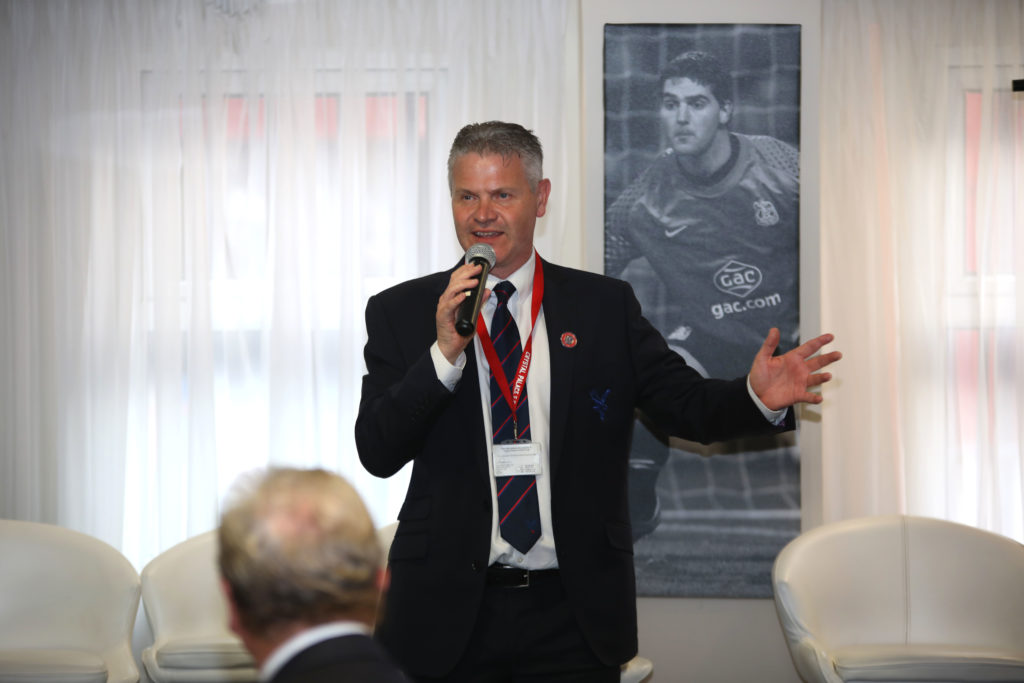 Guests on the night were treated to a range of entertainment provided by two young DJs, Cassius and Josh, a dance performance by the stars of the Super Movers film and the Premier League Kicks cheerleaders, who welcomed guests with an impressive display outside Selhurst Park. Members of the DS Eagles also took part in a training session on the pitch to give a further insight into some of the work that the Foundation does. 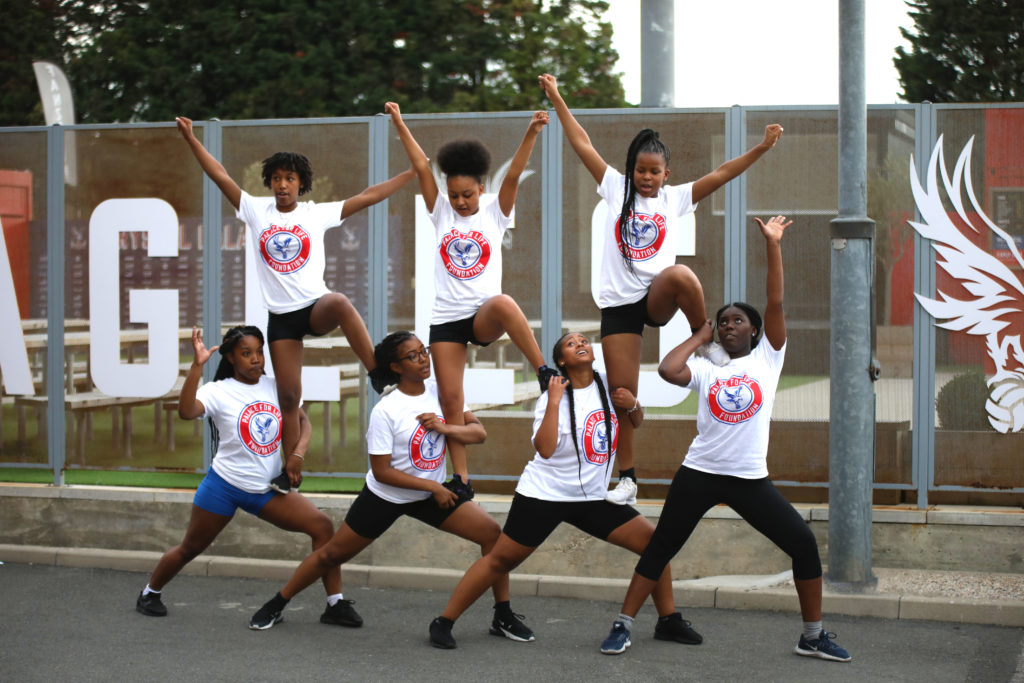 One of the stars of the DS Eagles, Louis was joined on stage by his mum Anita to talk about the impact being able to pay football has had. 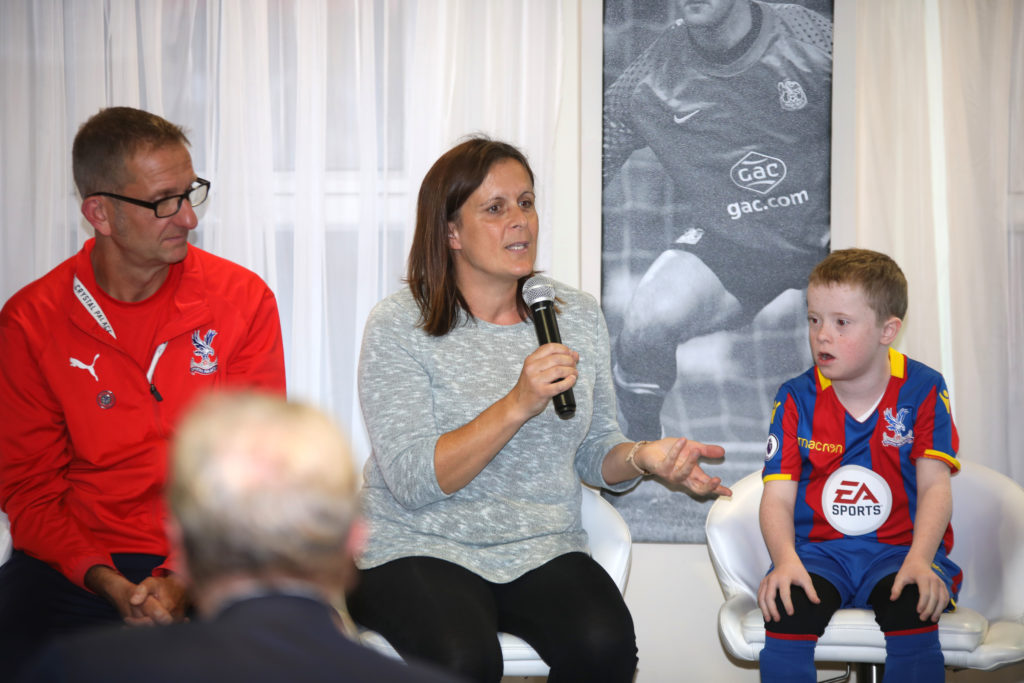 Anita said: “It’s amazing to be involved, he’s been playing with the team for two years, training every Wednesday at Monk’s Hill Leisure Centre and he asks every day when he gets up, ‘is it Wednesday?’

“He’s learnt so many skills from the Foundation. Learning how to play a match, sharing with others, communicating, not just football. It’s nice for him to play in a team with other children with disabilities. I found it hard to put him into a club, but when I found Palace for Life I didn’t look back.”

Eleven-year-old Mackenzie was another of the special guests on the night, with the audience learning how she has grown from a shy girl who didn’t like sport, to growing in confidence through the Healthy Eagles programme to such an extent that she is now aiming to join her school football team. Watch Mackenzie’s story below.

You can donate the Foundation HERE or get in touch to find out how you can help by emailing fundraising@palaceforlife.org