The Premier League is this week celebrating the positive impact of football clubs in communities as the Premier League Charitable Fund marks its 10-year anniversary. We have selected winners who have gone above and beyond to serve their community through their involved in the PL Primary Stars, PL Kicks and PL Inspires programmes. 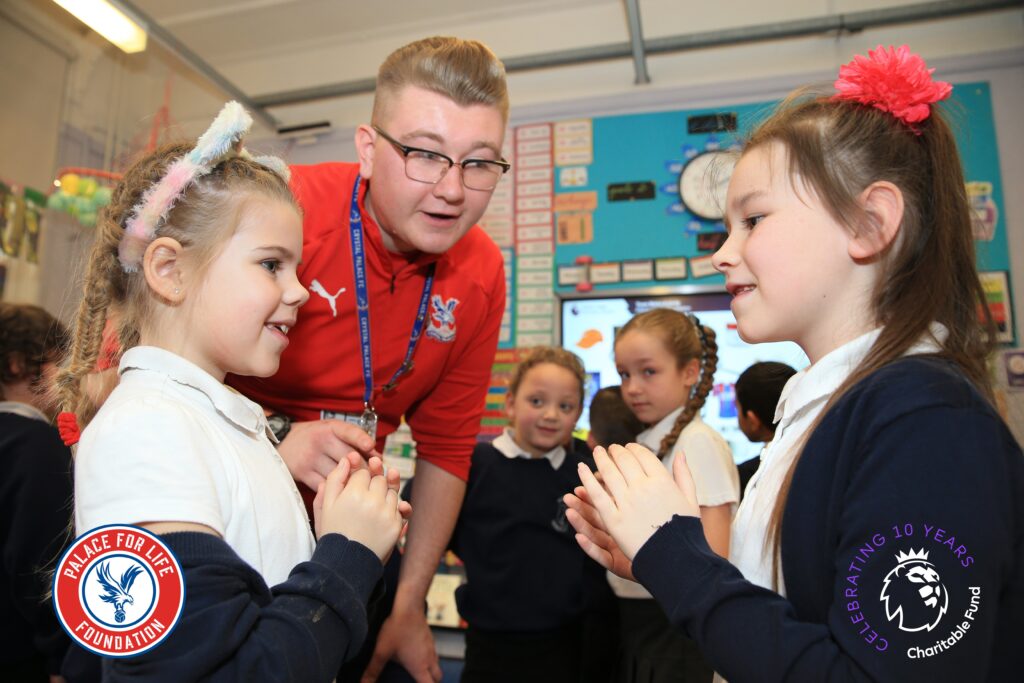 Primary Schools Programme Manager Sam Bacon said: “James has been involved in the Premier League Primary Stars programme for over five years, firstly as a part-time coach, delivering PE lessons, developing teachers and supporting the creation of our mental health early intervention, Team Mates, now one of our most established programmes.

“Two years ago, James was promoted to become our Primary Schools Programme Officer, and has been a key component in developing new aspects of the programme, including our Moving Maths and Social Action projects, which have ranged from inter-generational technology upskilling and pen pals’ schemes, to sports leadership.

“James is a brilliant role model to all young people involved in Primary Stars, and is always creating new ways to engage with them.”

James said: “I’m very proud to receive this award, knowing that I’ve contributed to the foundation growing from strength to strength is a real privilege. Thank you to all that have helped me become the person I am today.”

Full-time coach at Oasis Academy Ryelands Marcus Bernard said: “From day one Miss Campbell has had an infectious love for teaching, always keen to become a better practitioner and always demonstrates cooperative learning theories. Miss Campbell has become an advocate for sport education and understands the importance of how to develop pupils into skilful movers. Lessons have moved on from static gym sessions to mobile and active carousel of activities. Miss Campbell understands the importance of broader health benefits which starts from a young age, and has demonstrated her ability to share, plan and manage her time during lesson delivery. We now see a person with good strength and confidence, improved understanding, linking classroom learning objectives, knowing her pupils, helping them to understand their own potential. Early years pupils thrive whilst recognising value within physical activity and through sport.” 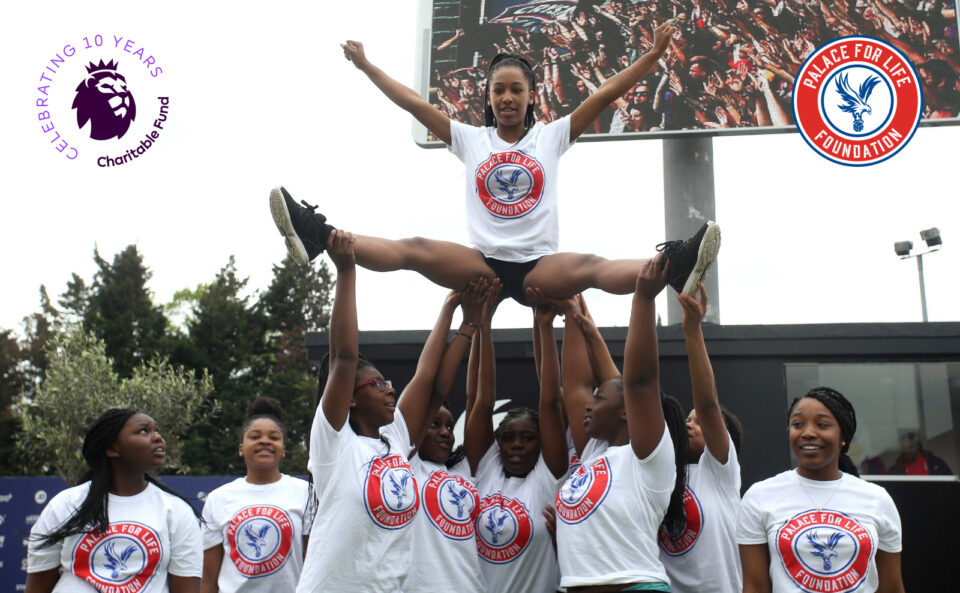 Elise said: “Thank you so much for the award and for the recognition of the smaller parts that go into what Palace for Life are trying to achieve. I’ve learnt a lot since being with the company and it’s helped me grow as an individual.”

“Working with PACA and PFL has been an amazing opportunity and experience; I love the fact that I’m able to be involved in making young girls more confident and giving them a voice because that’s what’s important right now. Young people have a lot to say they just need the push and the platform to say it so it’s nice to help give them that. I’m looking forward to what PFL have planned for the new year and thanks again.” 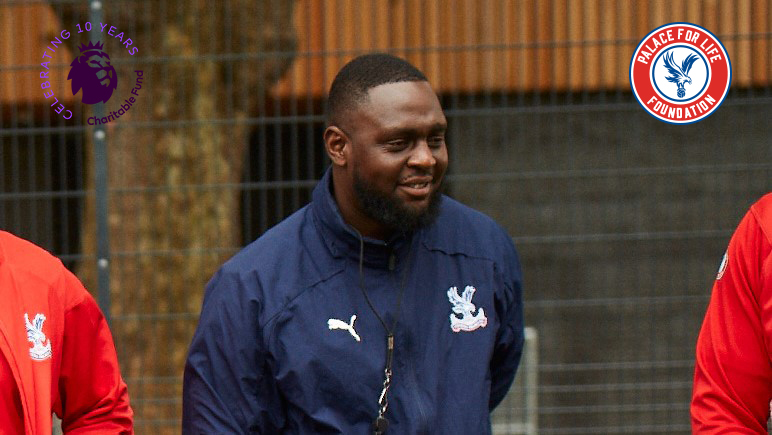 Community Sports Manager Roxanne Bennett said: “Qudus attended the Highbury Avenue Kicks session when he was 15 back in 2006. From this session, he became a volunteer with the aim of completing his FA Level 1 in coaching. Qudus went on to become one of the first sessionals to come through the Kicks programme. Whilst working as a sessional, Qudus went on to complete an FA Level 2. Not only a University graduate, he is now head of year at a school as well as a sessional coach for the Foundation.

Qudus said: “It all started when I saw a leaflet saying Kicks was coming to Highbury Avenue, which is where I played football and I’d been playing for a while. I just thought ‘Let me see, why not?’ and I really enjoyed it. I just wanted to do more, I was really interested in football, so we took that forward and they let me volunteer. I had a role and responsibility at the session. From there, the Foundation put me on a Level One to become a coach and I just thought immediately “Will I be able to get paid? Will I be able to become a football coach for Crystal Palace?” and they got me to be patient and taught me about building your CV. I was lucky enough to be offered a job with the Foundation, got my level two and I’ve been with it ever since. I started when I was 16 or so and now I’m turning 30, so I’ve been going for 14 years or so, since before it was called Kicks!

“It’s great to receive this award. Ten years is a long time, things happen people move on but it’s really good to have people still representing the community with the kicks sessions.”

“I want young people to be able to feel safe and to keep fit. I want them to understand that there’s more to football than the football side of it and becoming the next Wilf Zaha. There’s the coaching side of it, there’s the education side of it, there are many branches to football and Kicks is the tree that pulls it together. It’s all about the engagement and being part of the community.” 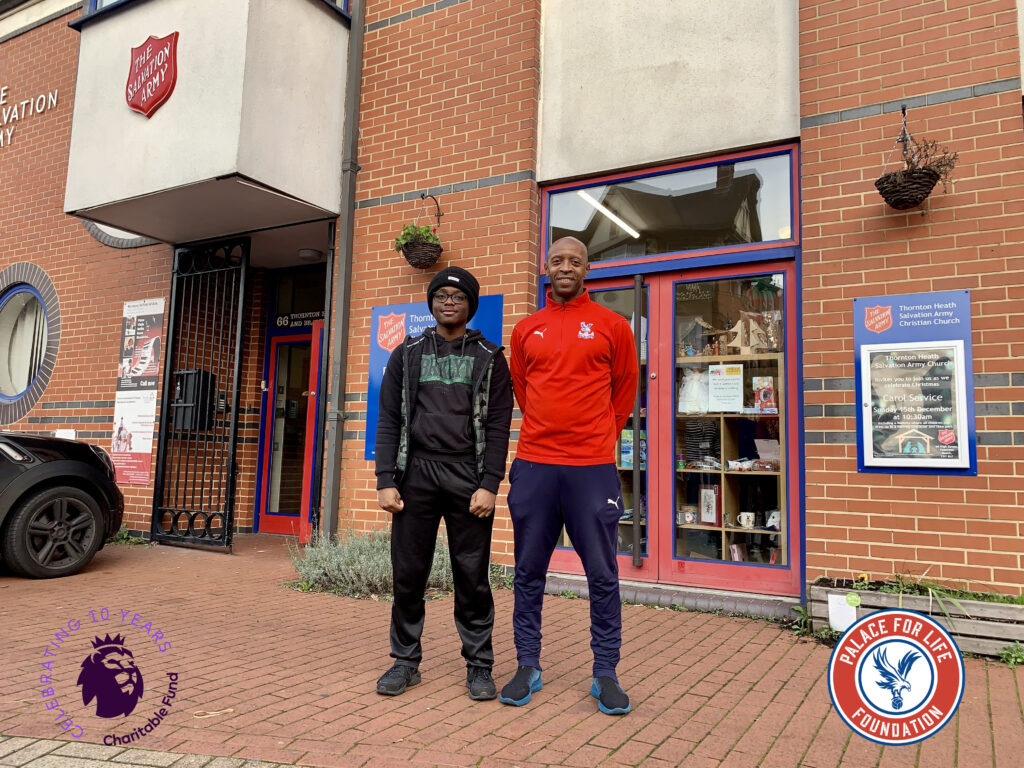 Education, Training and Employment Manager, Cigdem Turkan said: “Pat is an outstanding member of our Education, Training and Employment team and has provided all our participants with valuable 1-2-1 support and mentoring. He is the first point of call to all our ETE participants and a real driving force in their movement into positive pathways. He always goes above and beyond for the young people and his colleagues. He is a fantastic role model, mentor and colleague.” 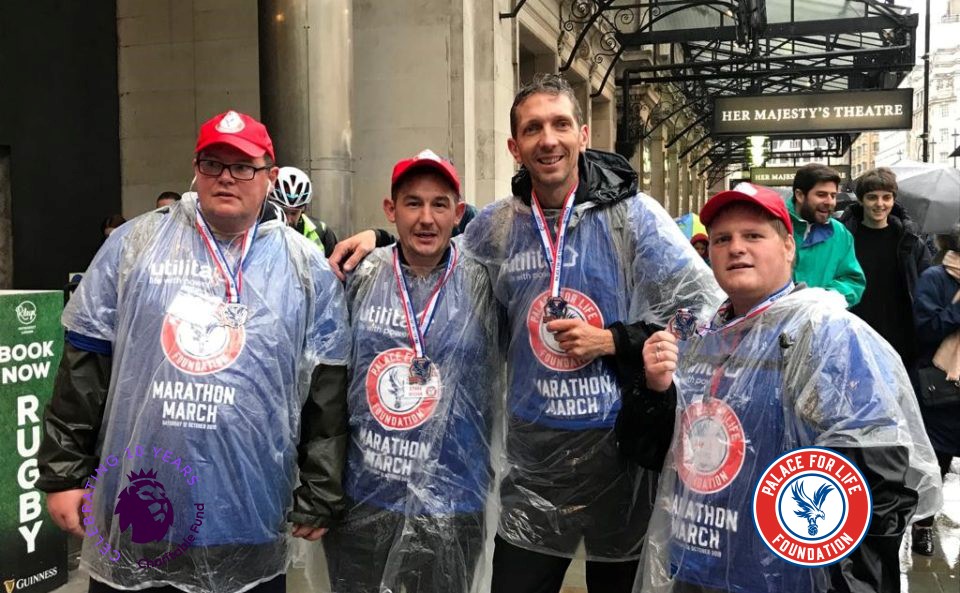 Disability Manager and Deputy Head of Sports and Wellbeing Michael Harrington said: “Paul has been a fantastic supporter of our Inclusive Eagles Disability Programme since it began as a PL/PFA program over seven years ago. As Croydon Local Authority’s 0-25 SEND Service Disability Youth Service Lead Manager Paul has helped us to better understand the needs and wants of our local disability community, helping us access groups that we otherwise could not.

“Year in, year out, Paul has enabled countless numbers of young people, and their support networks of families, friends and carers, to enjoy a better life, to experience things they wouldn’t have been able to and to make life-long new friendships with like-minded people.

“Paul, an ardent Crystal Palace fan, has also for the past four years bought a group of young people and his fellow staff members to our annual fundraising Marathon March, walking the 26 miles to help raise funds to improve the lives of people in his local community.”