Our CEO Mike Summers reflects on one of the most challenging years in living memory, when our south London community came together like never before.

Despite the enormous challenges 2020 brought our way, we have pulled together like never before and continued to support our community, engaging thousands of south Londoners through the power of Palace. 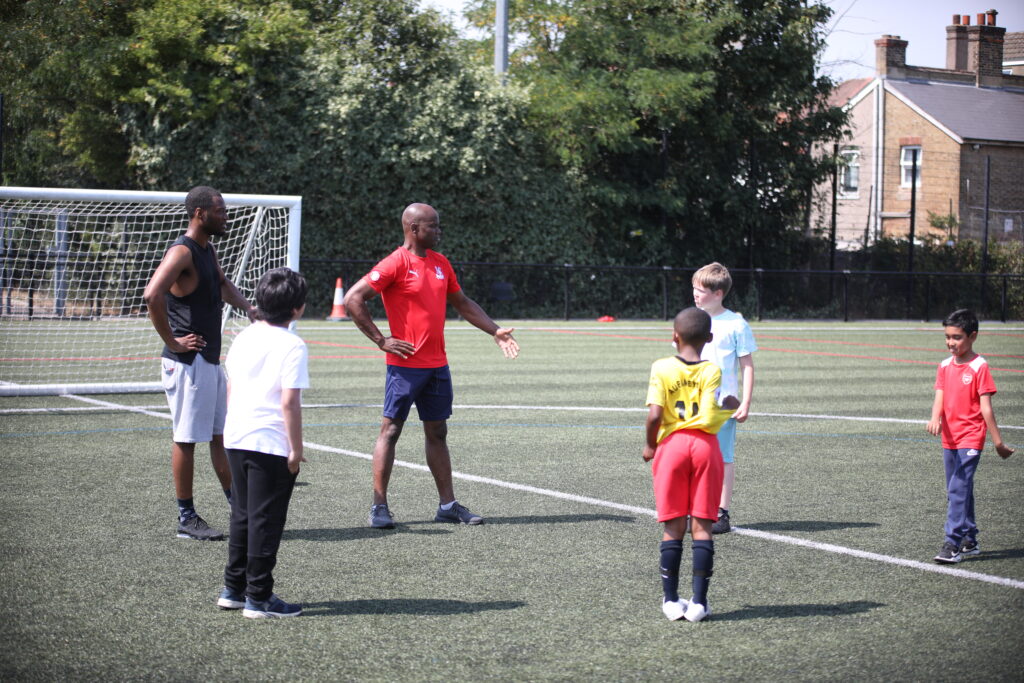 When the Covid-19 pandemic first struck London in spring 2020, the lives of so many people were turned upside down. Elderly and vulnerable people could no longer leave their homes, thousands lost their jobs and feared being unable to put food on their families’ tables and frontline NHS workers were stretched to breaking point.

Meanwhile, children from low income families who were forced to stay at home were not getting access to the nutritious meals they needed, at the same time as having little access to physical activity essential for their development and positive mental health.

At this most difficult time, our coaches remained in primary schools, our mentors checked on young people at risk using gaming platforms and we moved a number of health and education courses online.

I am proud that we worked closely with Crystal Palace FC and food redistribution charity City Harvest, to help feed those in greatest need, launching The Palace Kitchen in April 2020. 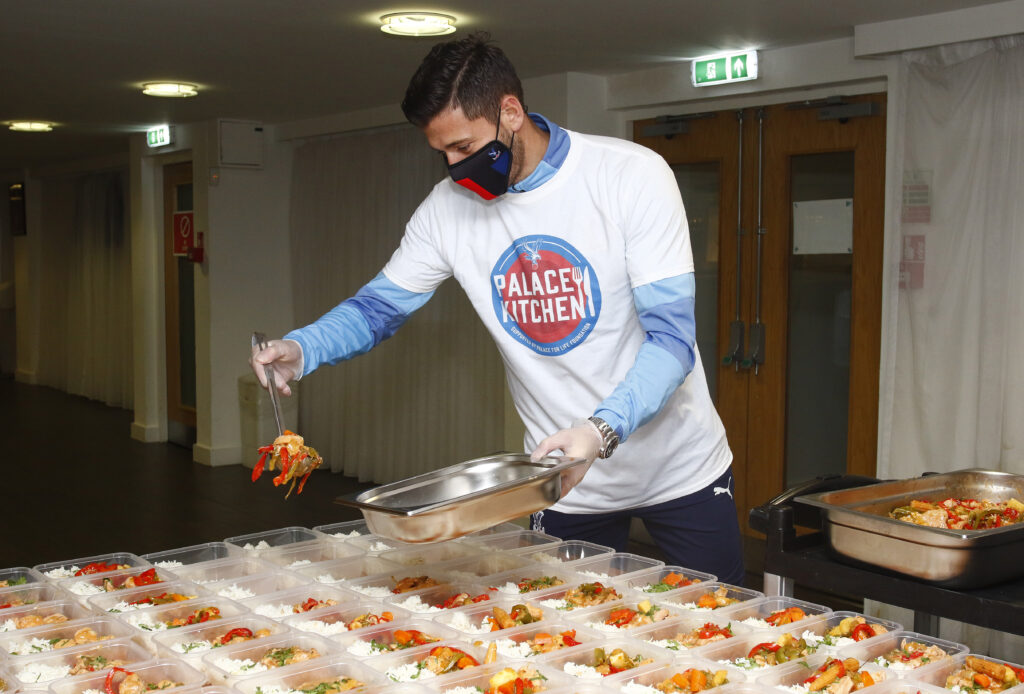 Club chefs prepared and packaged over 1,000 nutritious and nourishing meals a week in the kitchens at Selhurst Park. These were then collected each day and distributed by our partners City Harvest to groups across south London, such as homeless people, the elderly and vulnerable families.

The Palace Kitchen produced over 16,500 meals from April to July and then reopened in December to produce thousands more.

In conjunction, we ran a series of free holiday camps that were designed to keep five to 18-year-olds safe, active and healthy during the school holidays. During the camps, 900 healthy lunches were served to children, as well as fruit and other healthy snacks being provided each day. 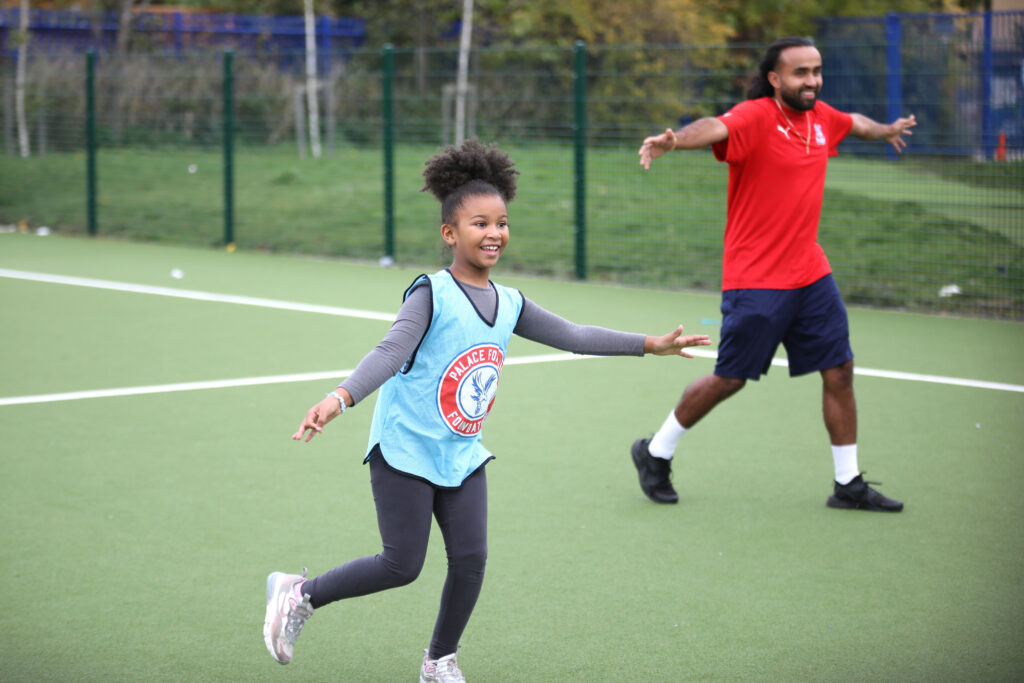 The aim was to provide young people with the chance to socialise and try new things before their return to school or college, as well as providing them with healthy food. The sessions focused on both physical and mental health and included football, dance, DJing, gaming, cheerleading and arts and crafts, as well as educational workshops on mental wellbeing and healthy eating. During the October camp, we were lucky enough to be visited by Palace defender Tyrick Mitchell for a virtual Q&A, which featured on BBC Match of the Day! 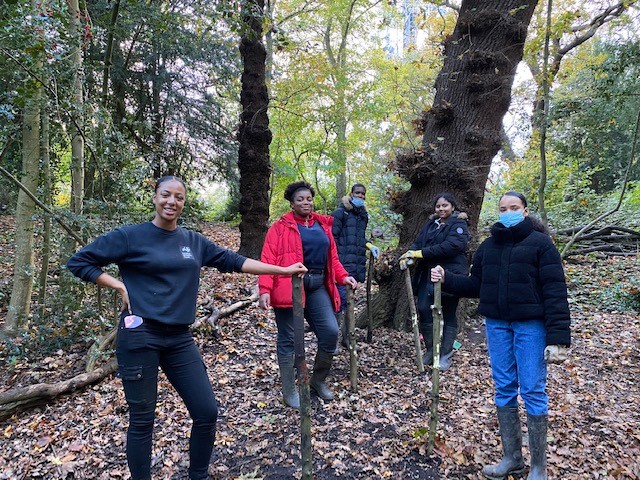 More than 100 teenagers took part in our NCS programme, which operated out of Selhurst Park and online, helping young people to build confidence and develop resilience, as well as encouraging them to take part in volunteering and social action projects. Meanwhile our Education, Training and Employment programmes continued in schools and online, and we were delighted that a small group of young adults completed our traineeship course this month and are looking forward to starting their work placements next year.

Both our Player Development Centres and Soccer Schools ran successfully this year, with hundreds of young players having the chance to develop their football with our excellent coaches, who were able to use a bubble system in order to keep everyone safe. 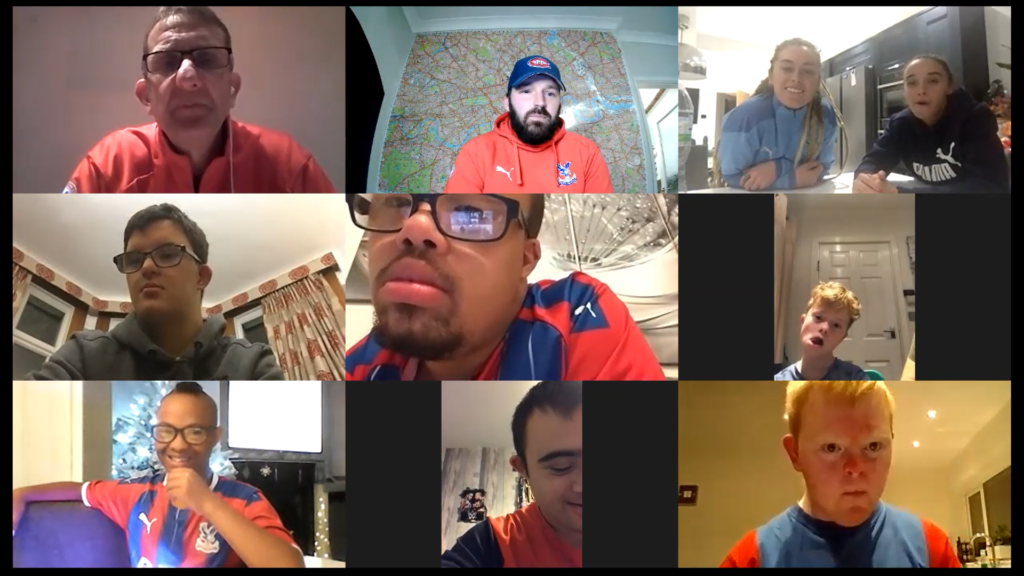 Even though many of our disability sessions were unable to run, our groups have continued to meet virtually, with the Down’s Syndrome Eagles even taking part in a virtual chat with Palace Women’s players Leigh Nichol and Amber Gaylor.

A proud day came on Saturday 10th October when, despite many restrictions, we were able to host our fourth Marathon March, bringing together 130 Palace supporters for a day of celebration. The 26.2 mile walk through south London was tough (!), but we made it and we raised over £75,000 to support our work, a joyous day for many in an otherwise challenging year. 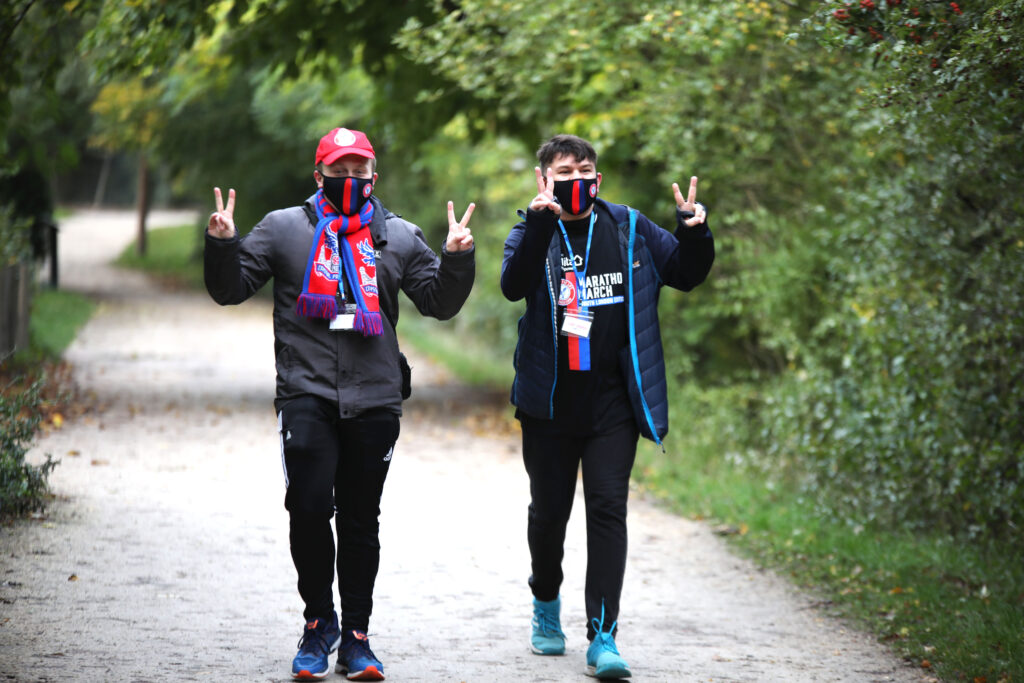 I am thankful to our fantastic staff team, many of whom have worked in challenging circumstances throughout this year, for their innovation and ability to adapt to a constantly changing environment, both on the frontline and behind the scenes. Also to our trustees for their wisdom and support throughout.

While we have made it to the end of the year, our growing concern is for the world the young people we support are now living in and the additional challenges they will face. Higher levels of unemployment and more widespread poverty could lead to a worrying spike in mental health issues and a cycle of criminality. We are determined to be there to support as many young people in south London as we can and we would welcome your support more than ever as we head for 2021.

Many thanks for your support, we hope you enjoy your Christmas and New Year.