A team of Palace fans represented Palace for Life Foundation at the Prudential RideLondon on Sunday 4 August to raise funds for young south Londoners.

Click here to register interest in the 2020 Prudential RideLondon 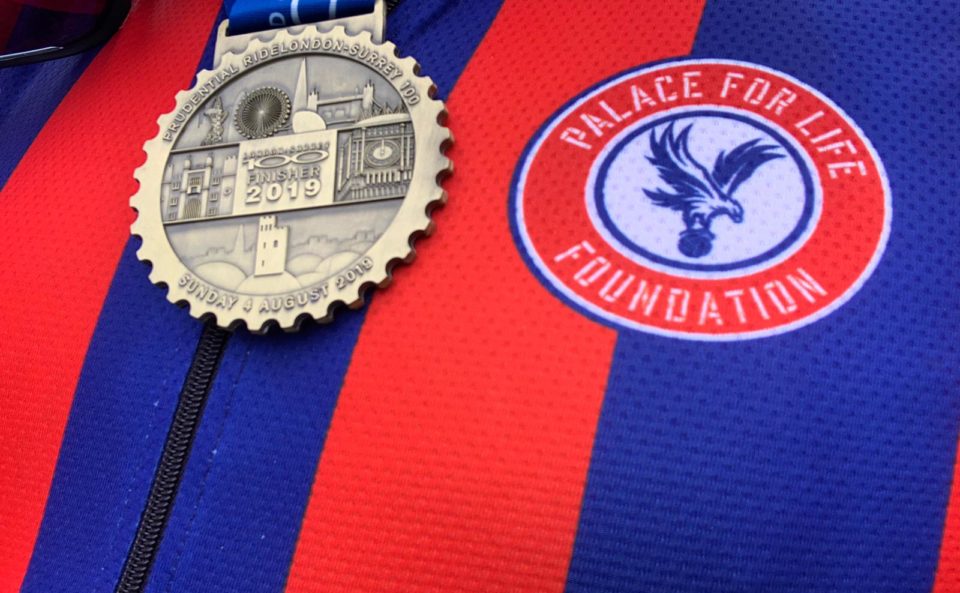 A group of Palace fans who had travelled from as far away as Australia and Canada, took on the 100-mile Prudential RideLondon to raise over £16,000 for Palace for Life Foundation.

The twenty-strong team completed one of the biggest and most iconic English cycling events of the year, riding 100 miles through the closed streets of London, followed by the beauty of the Surrey countryside before finishing back in London on the Mall. 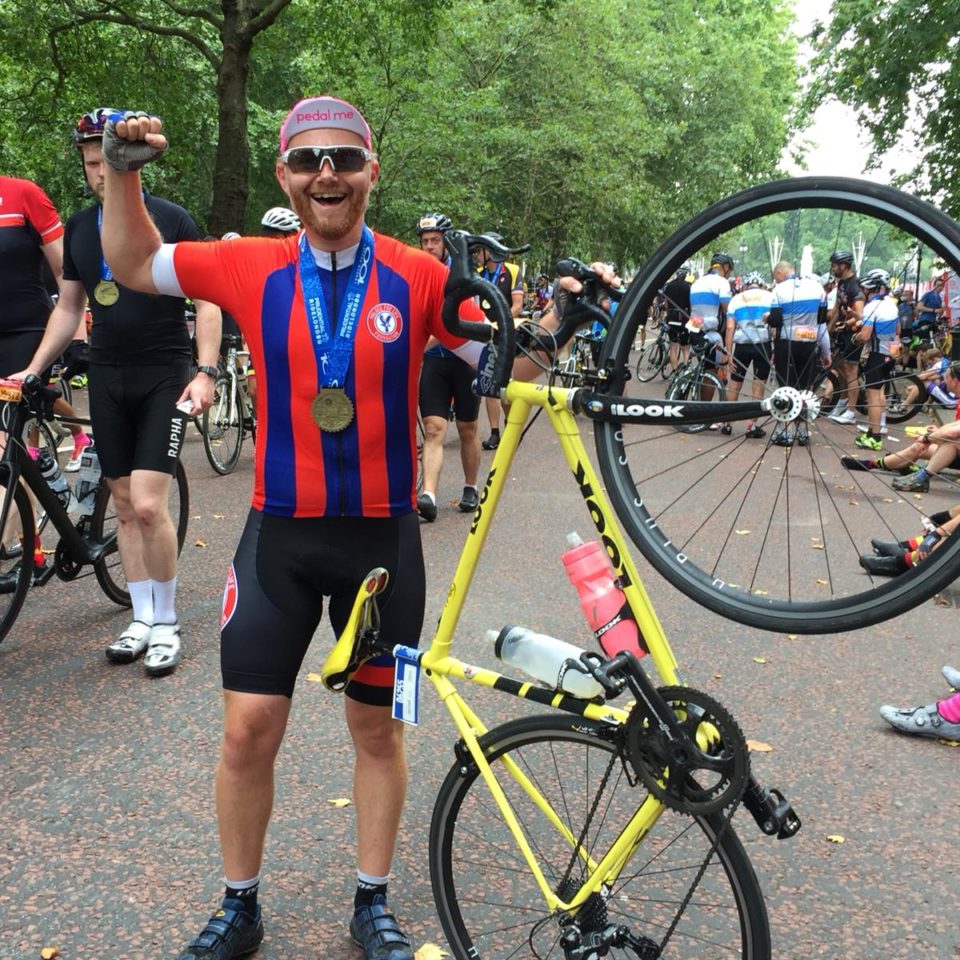 All taking part in a bespoke red and blue Palace-inspired cycling kit, the riders found themselves cheered on along the way by choruses of ‘Eagles’, giving them some extra motivation during the challenging Box Hill and Leith Hill.

Nicholas Eisner, from Ottowa in Canada, but born and raised in Croydon said: “I actually found it really enjoyable, it was a great ride and very well organised, it was good to meet up with some other Palace fans as well. I really enjoyed it.

“I’ve done charity rides in Canada for 15 years now, and I decided this year I’d do this one and give back to the community I grew up in. I’m Palace for life for sure, even fifty years on. Year after year, whatever happens, it’ll always be Palace.” 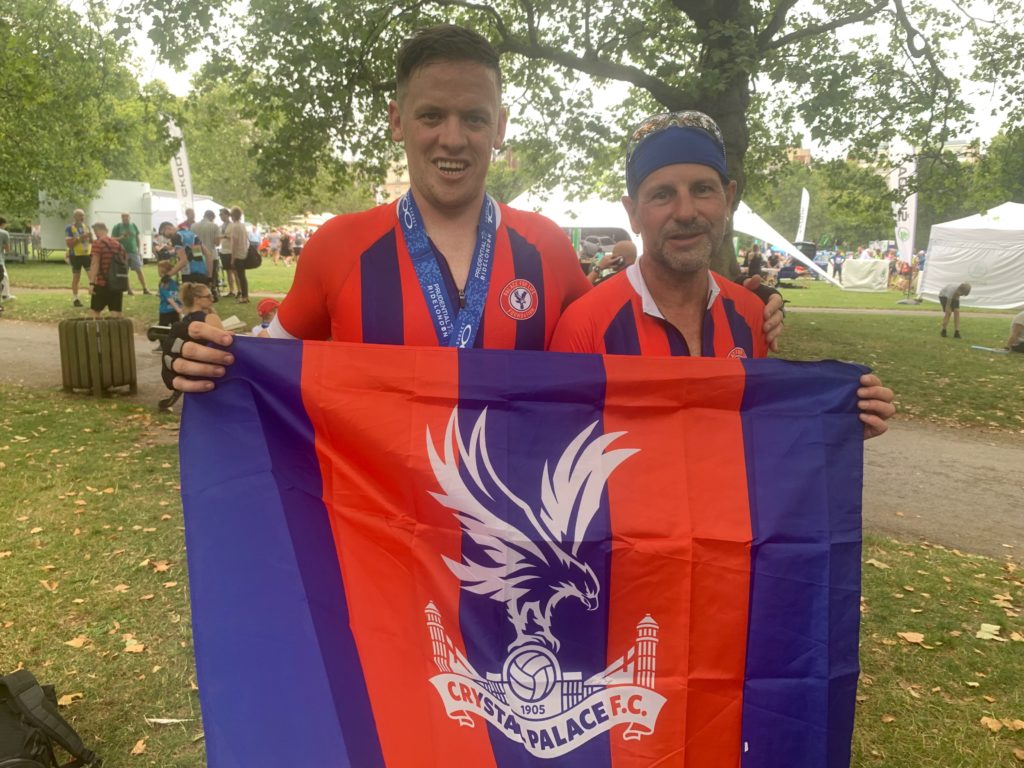 Lifelong Palace fan Rob Sutherland was taking part in his fourth RideLondon: “It was hard work, but enjoyable, I think riding 100 miles is always a challenge, but it was great to wear my Palace colours and do it in that. I’m a Palace fan, my Mum is a Palace fan, she’s here supporting as well! It’s always been a passion of mine, and seeing Palace for Life and the good that they do, it’s such a unifying thing for Palace fans to get around. So I had to do it!

“I’d recommend for anyone to take part next year, but train, and work at it, because the more you train the more you’ll enjoy it!” 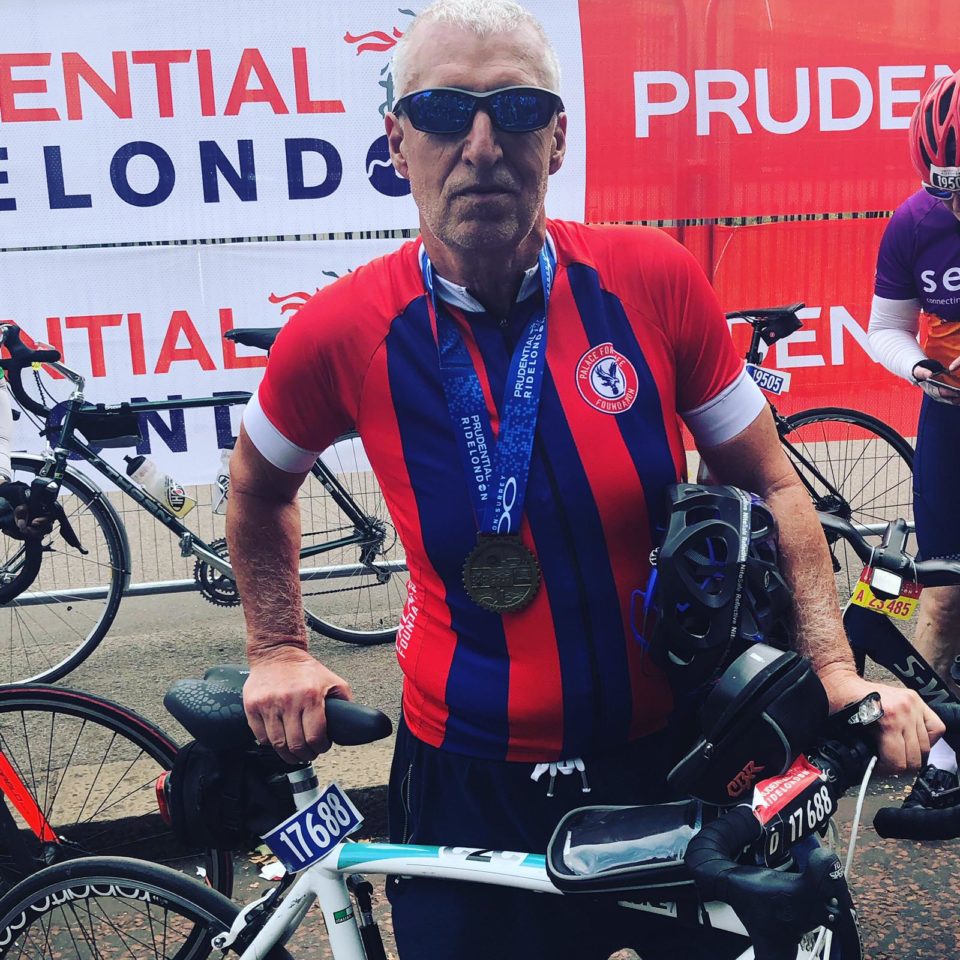 This is the second year Palace for Life have entered a team into RideLondon and this year has seen an incredible fundraising effort by the team, totalling an amazing £16,000 and still counting!

Do you want to challenge yourself to the Prudential RideLondon and support Palace for Life? Register your interest today!