Former Palace forward and recently appointed Palace for Life patron Mark Bright is the 100th fundraiser to be taking part in the upcoming annual Marathon March on the 24th September – giving fans the chance to chat all things Palace and get a photo with a true club legend.

Since cementing himself as a Palace legend between 1986 and 1992, and earning the Crystal Palace Player of the Year in 1990, Bright has been a dedicated supporter of the Palace for Life Foundation for years and has taken part in every Marathon March to date, helping fellow Palace fans raise money and cross the finish line of a 26.2-mile walk across London. He now plays an integral part at the club as Head of Under 23 Development and Loans Manager. 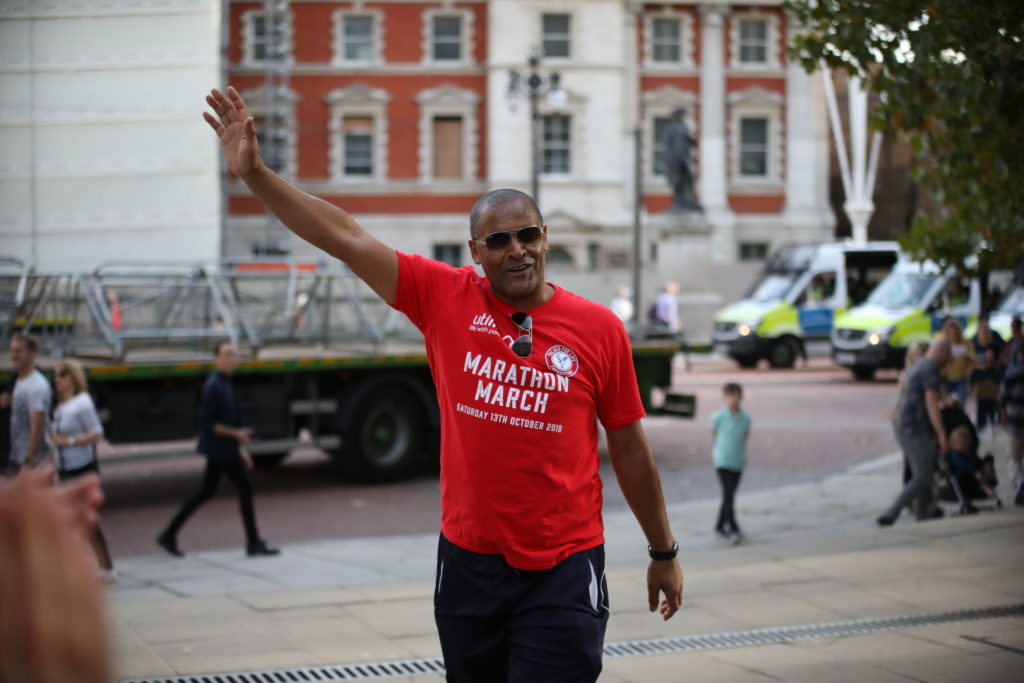 “I’m really looking forward to this year’s Marathon March. I’ve done all of them so far and think it’s such a fantastic day for the club. It’s a great chance to meet Palace fans, hear about their backstory and find out why they’re taking part. I’d encourage anyone who’s thinking about signing up to come along; you’ll make new friends, have fun and most importantly raise money for Palace for Life”

There is still time to sign up for this year’s Marathon March, which takes participants through a new route across south London, and you can find everything you need to know here.