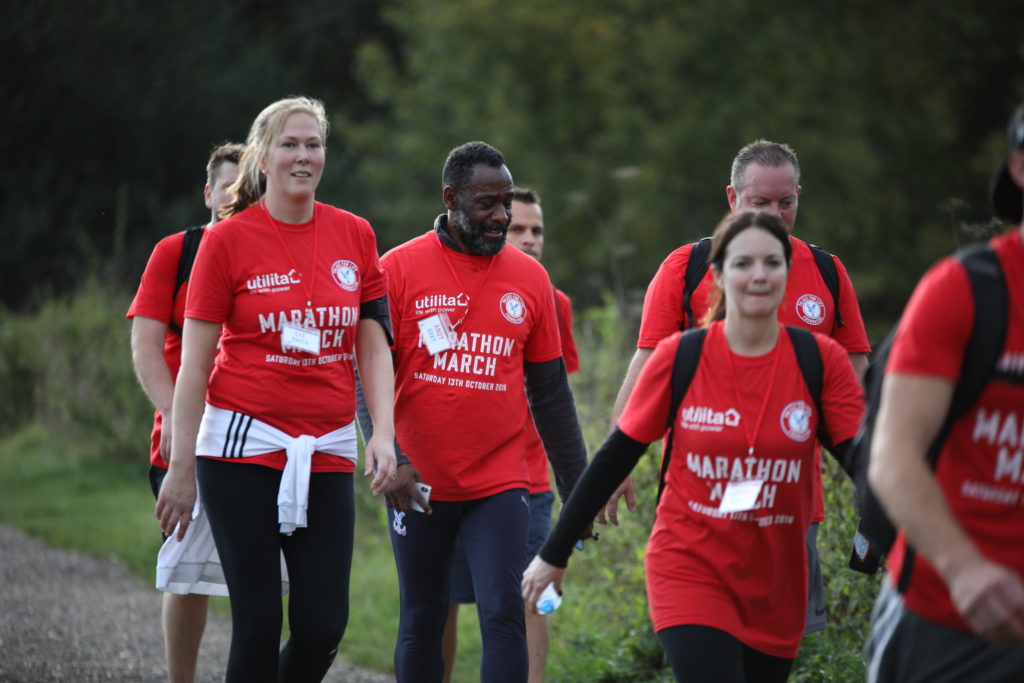 The former Eagles midfielder also participated in 2017 and 2018, when he commented: “As a proud south Londoner, I’m really pleased to support Palace for Life Foundation…Crystal Palace is a community club, so I can’t wait to walk with the fans as we raise money to help local people most in need.”

The 2019 event is taking place on Saturday 12th October, tackling an impressive 26.2 mile walk from Selhurst Park to Trafalgar Square, via Wimbledon Common, Richmond Park, and the River Thames. The walk is a sociable and non-competitive event which is open to everyone, with the sole aim of looking to raise as much as possible for the Palace for Life Foundation’s work with vulnerable young South Londoners.

Fellow former club mate, Andy Johnson, is already looking forward to this year’s event, especially with it being the third marathon-length walk that he’s completed: “I’m really pleased to confirm that that I’ll be back at the Marathon March for a third time this year and going for my hat-trick!

Last year the Marathon March raised an outstanding £100,000, and with 78 Palace fans having already pledged to complete this year’s marathon-long walk it’s looking to be bigger and better than ever.

The registration fee is £25, with all participants committing to raising a minimum of £300 each. Every finisher that hits their fundraising target will get their name in the matchday programme, as well as appearing on the Palace for Life roll of honour on our website.

There are also two shorter routes available of either 16 or 10 miles.

To register for this year’s Marathon March, CLICK HERE