“I don’t know why I keep coming back, when I wake up the next day, I always say I’m not doing it again, but somehow, here I am!” 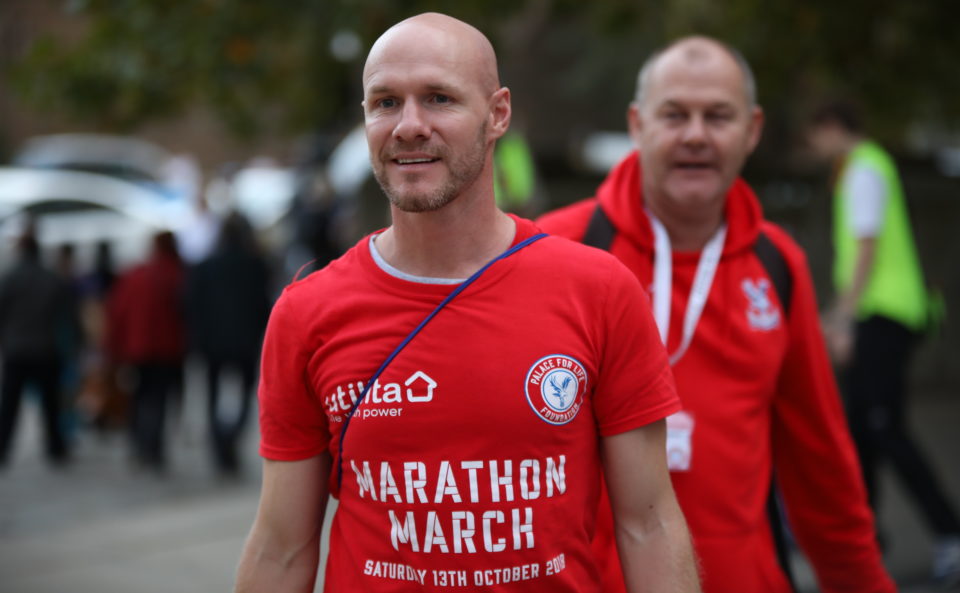 At 38, and despite his slightly creaky knees, Andrew Johnson is gearing up to take on his third marathon-length charity walk in support of vulnerable youngsters in south London.

“It’s a great day out for an important cause that I really believe in and want to be part of. I’ve met some of the most amazing people along the way and built some really good friendships, people I still keep in touch with.”

The Foundation supports more than 14,000 young people in the communities around Selhurst Park every year, with a focus this season on helping to build positive mental health in schoolchildren and mentoring those who are at risk of being caught up in crime. 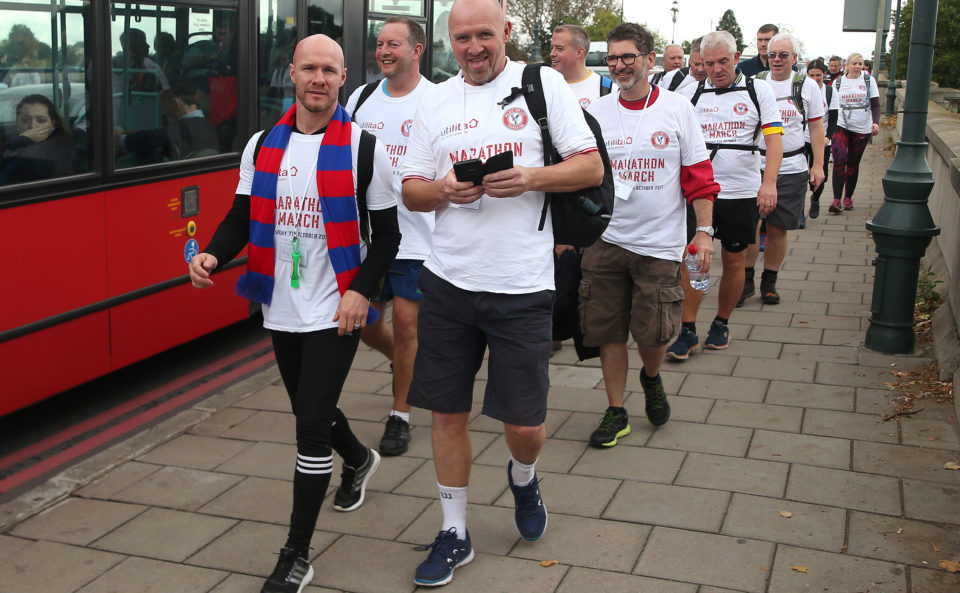 “I’ve got three young kids myself and it terrifies me every time they go out, it’s about time we all started taking action and the Foundation is doing exactly that. I’m so proud of that and it’s why I get involved.

“They’re creating amazing opportunities for young people in and around south London, the work in mental health is just so important, offering that support is life-changing.”

The chance to have a chat along the way and share stories is one of Johnson’s favourite things about the Marathon March, and what he attributes to helping pass the miles on a varied route that takes in Wimbledon Common, Richmond Park and the King’s Road, before ending in Trafalgar Square. 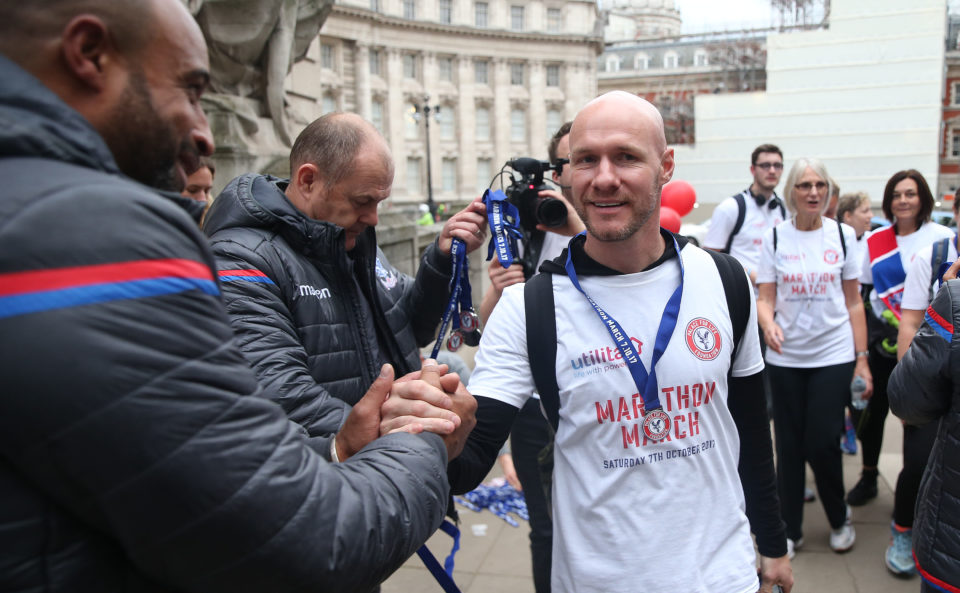 And those familiar faces are never more welcome than a former team mate who still has your back. Last year, Johnson was joined by Neil Shipperley, Andy Gray, Mark Bright and Sasa Curcic, as well as Chairman Steve Parish.

“Right at the end, I was really struggling with my knee and I had started thinking that I might have to stop.

“Then I saw Shipps waiting for me with a smile on his face. He said ‘come on son, you follow me, I’ve got you now.’ So when I was at my lowest point, there was a certain Mr Shipperley there to help get me through! We definitely had a few pints to celebrate.” 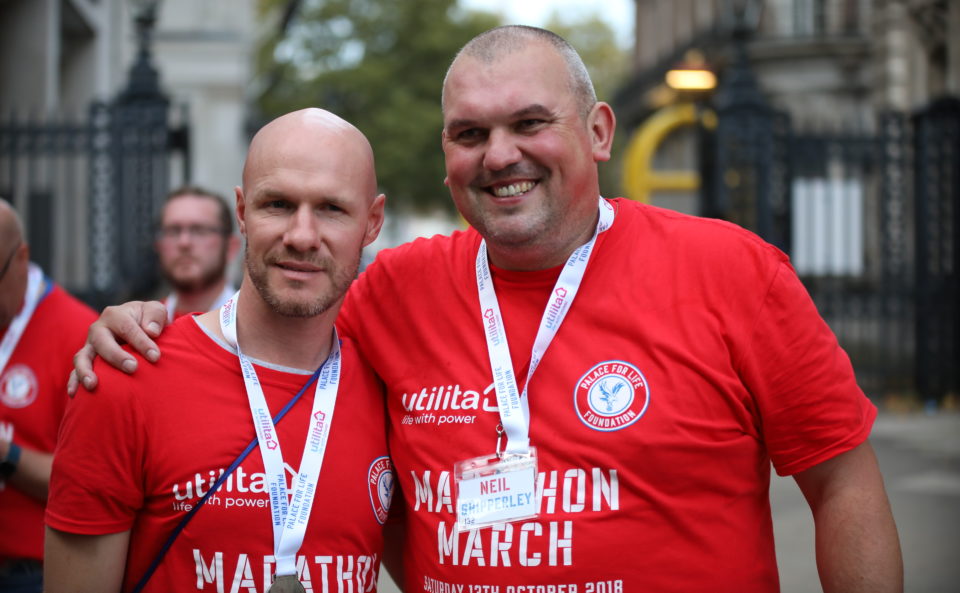 That kind of support and an ongoing connection with former players, the Chairman and the fans are why Johnson remains, in his own words, ‘Palace through and through’.

“There aren’t many chairman who would turn up and walk a marathon alongside the fans, it just goes to show where his heart is, he does things for the right reasons and that’s because he loves the club inside out.

“This club gave me the platform to do what I did as a player, it’s where I made my name and I want to give back to everyone. Top to bottom, I want to stay involved, and that’s why I turn up and support these things, because I believe in it.”

Join Andrew Johnson at the Palace for Life Marathon March, powered by Utilita, on Saturday 12th October and walk 26.2 miles (shorter routes are also available) from Selhurst Park to Trafalgar Square. You’ll pledge to raise £300 to help give young people the chance of a brighter future. Sign up here!