For Sophie, a Year 7 student at Edenham High School in Croydon, focusing in class has not always been easy – and by her own admission, she has sometimes lacked patience.

“I never paid attention when the teacher was teaching,” she says. “I’d get out of my seat and walk out of the classroom and slam the door behind me.” 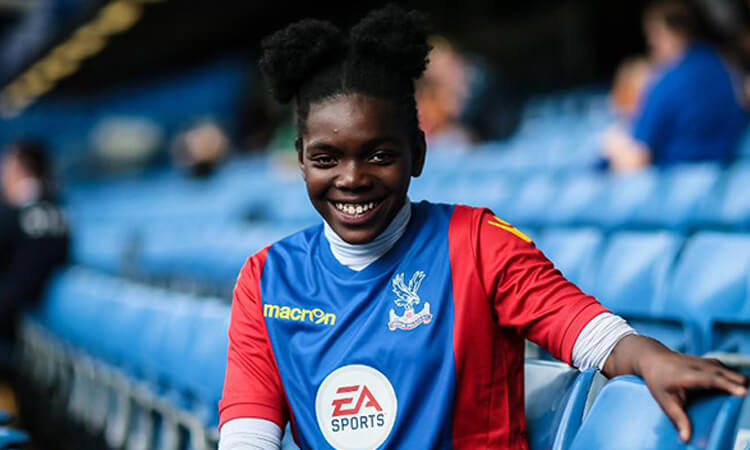 Sophie started playing football during PE lessons in 2016 and, within six months, she was part of the school team that won a regional qualifying competition and earned the right to represent the Foundation in the Under-13 girls’ competition of the Premier League Schools Tournament.

The prospect of playing at Chelsea’s Stamford Bridge stadium gave her all the motivation she needed to improve her conduct. Sophie reflects: “It’s been a big life-changer because I know what’s been at stake for our entire team, my behaviour, learning and attitude has just been amazing. I’ve been listening in class. Representing the school, it’s a big honour. I didn’t want to let my team-mates down. It would have been all my fault if I wasn’t able to be part of it. Football is my life and it’s a big part of me. It gets my anger out.”

Sophie’s PE teacher Gareth Buckley has also noticed the change in her attitude and said: “Sometimes we work with students over a period of time and they improve slightly and it gets better slowly, but hers was a dramatic change in her focus and her behaviour. The best thing I’ve seen about Sophie is when we went to the regional tournament she just took it upon herself to go up to the other teams and start playing football with them. You would never have seen that from her before.”

After a taste of playing at Stamford Bridge, Sophie aims to continue playing football with the help of her Foundation coach and all of those at Edenham High School.