Ruairi Coyne, a ten-year-old from South Croydon with Down’s Syndrome, is one of the numerous participants who has greatly benefited from participating in Palace for Life’s weekly Down’s Syndrome football sessions and from playing for the Foundation’s DS Eagles Football Team.

He is an ardent Crystal Palace supporter and regularly attends games with his Dad, having both been season ticket holders for the past two years. Whilst he enjoys playing football as much as he does spectating football, Ruairi only occasionally played football at school or in the park, as he had very few opportunities to play football with other children who have Down’s Syndrome. 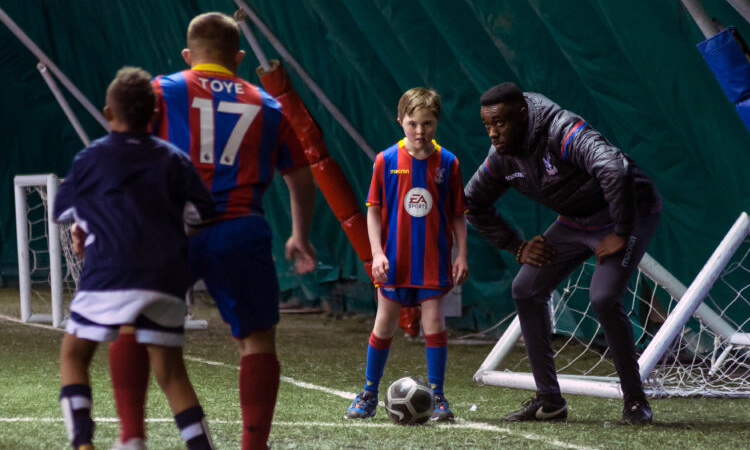 That all changed in November 2014, when he received a letter from DSActive about Palace for Life’s weekly football sessions at the Monks Hill Sports Centre in South Croydon on Wednesday evenings. When Ruairi first joined, he had delayed communication skills, which meant he initially found it challenging to interact with the coaches and other children at the session. In addition, he had limited fundamental gross motor skills in relation to agility, balance and coordination. Nevertheless, he continued to attend the sessions every week, which has resulted in significant strides in his physical literacy since he joined.

The Foundation’s football sessions have also supported Ruairi’s confidence to communicate with his friends in school. As there are many Crystal Palace supporters that attend his school, Ruairi has become able to articulate his experiences to his school peers about representing Crystal Palace in events and tournaments, which include attending the Crystal Palace FC Disabled Supporters Party (pictured below) in December 2017 and meeting the first team players and Roy Hodgson. 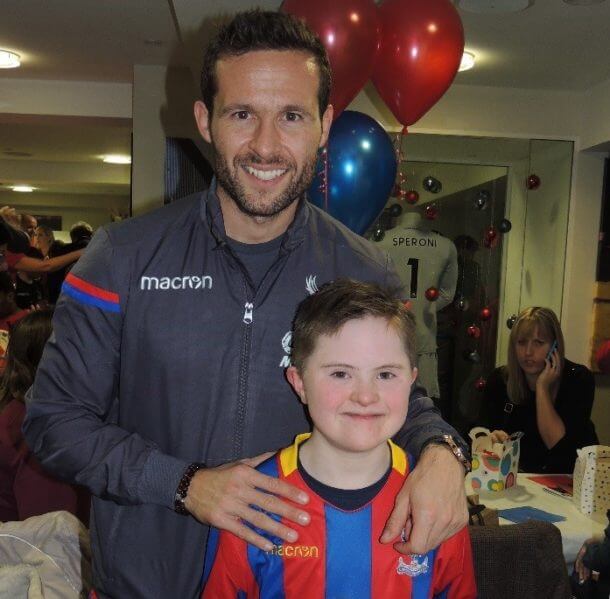 Keon Richardson, Palace for Life’s Disability Officer, has also noticed Ruairi’s growth as an individual through participating in the Foundation’s sessions:

Ruairi was one of the eleven players who played for Crystal Palace DS Eagles in a friendly against the Millwall Down’s Syndrome Lions. During the match, Ruairi displayed great vocal skills and accurate passes to his teammates who were open in space and called for the ball. Ruairi, alongside his teammates and new friends from Millwall, were rewarded with medals from DSActive for their commitment to participating in football. 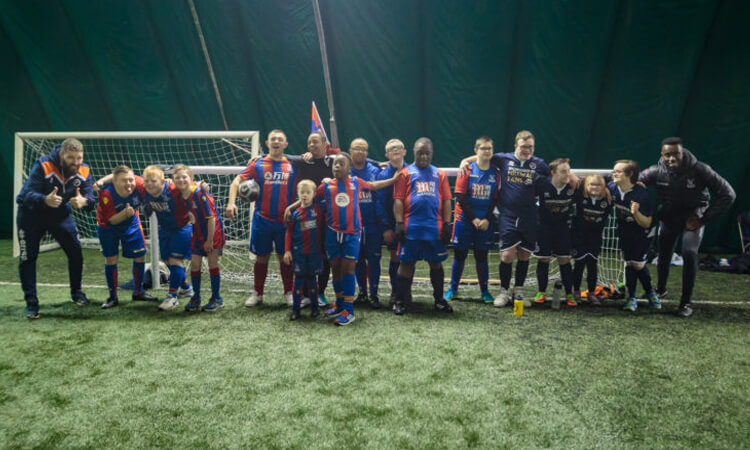 Ruairi was elated when his name was called to receive his medal, and has taken it to school to speak about his experience playing against Millwall to his classmates in assembly.

He was also part of the DS Eagles squad that travelled to Arsenal to play matches against their Down’s Syndrome team and have a tour of the Emirates Stadium. Read about their day here.