After some bad choices, changes had to be made

In his early teens, Joshua Edwards was known by police and after several run-ins he recognised that changes had to be made. To distance himself from his gang of friends, he started attending weekly Kicks sessions at Selhurst Astro, which, he said, turned his life around. 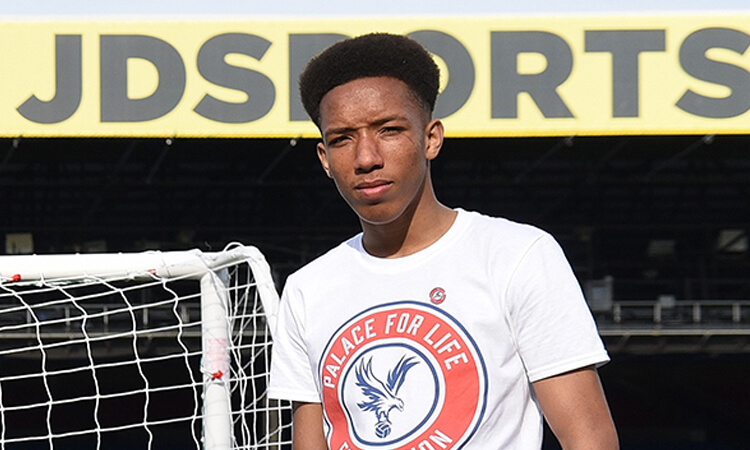 Growing up in South Norwood Joshua recognises that he made some bad choices. Fights at the park soon escalated to hanging round with the wrong crowd and he was firmly on the police radar. Josh reflects:

“In our area there’s an abundance of bad people and illegal activities that I could have got into but our Foundation prevented me from going off the rails.”

Peer pressure meant that Joshua had a constant distraction from those that encouraged him to go down the wrong path and admits he was intrigued by this lifestyle but was able to steer clear after guidance from his coaches at the Foundation. He admits: “When you’re surrounded by and know people that are like this you can only resist the urge to make money up until a certain point, fortunately the Foundation guided me to make the right decisions. Myself and a lot of my friends were teens at risk, but Palace got me out of that.”

Youth crime and gang activity are both common practice among Joshua’s old friends and it was the constant altercations with the police that was the wakeup call Joshua needed to be able to focus on a brighter future. Attending Kicks sessions was a massive part of that and he reflects:

“The first time I went, I was worried and feared that the session was not for me but it has such a friendly and open environment that it made me feel welcome. After a few sessions I felt more confident, I was socialising with new people and I am now able to communicate on a level. It’s all because of Palace, they helped me get through it all.”

Continuing his development with the Foundation, Joshua is now a qualified first aider and on track to complete his FA level 1 coaching badge. He acknowledges that the Foundation has given him a “huge head start because not many get the opportunity I have had.”

Now 17, Joshua hopes to work in community football so he can mentor those most in need. A pupil at Harris Academy South Norwood, he’s studying for his A-Levels and is part of the school football team which is run by the Foundation as a college academy team. The partnership between the school and the Foundation has helped to create a positive environment for Joshua, enabling him to continue the progress that he has made and stay on the right path. He’s also involved with the club, working in the catering department at Selhurst Park on match days.