The Foundation’s Down’s Syndrome football programme has had a significant impact on Brandon Spencer, a 20 year old from Thornton Heath. Having recently been diagnosed with autism, Brandon enjoys having the weekly structure of regular football sessions to look forward to.

Since coming to the sessions, Mum Sandra said of Brandon’s progress: “He has really come out of himself. He enjoys being around all his friends, and the coaches just encourage him so much.” 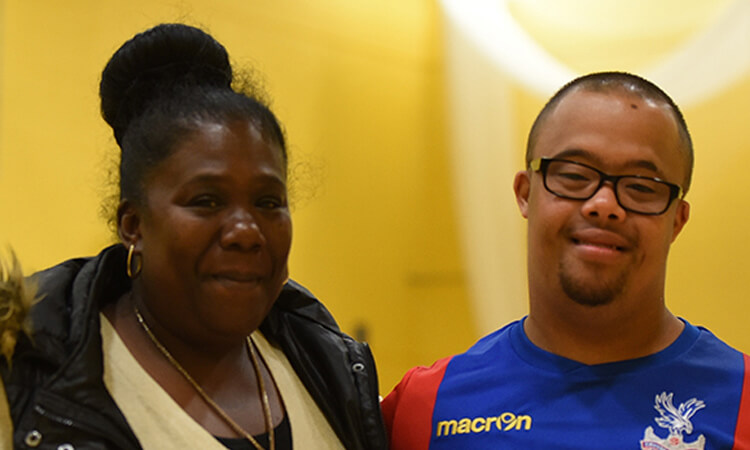 Sandra has seen the change in Brandon, who has become a lot more self-assured, and now has a completely new group of friends who he enjoys training with every week. Sandra said: “He looks forward to coming to football on a Wednesday – he gets back from college and straight away wants to pack his stuff and get ready for football.”

Disability Manager Michael Harrington said: “It has been great to see Brandon make a host of new friends and to really enjoy playing football, something that was not open to him before. He is often the first to arrive, always with a smile on his face. His football and fitness are both improving and his dancing isn’t bad either!”

It is not just the football that has been beneficial for both Brandon and Sandra. Sandra spoke of the family atmosphere within the whole team – for both parents and players. She organises regular meetings for the parents and players outside of training sessions and matches, and much like Brandon, Sandra has developed real friendships with other parents of the players in what she calls a family atmosphere.

Football has become Brandon’s life and Sandra emphasised how the football group gives Brandon a chance to have fun with his friends and put all his focus into playing football saying, “It’s amazing, it really is.”