The Will To Succeed

Alexandra Ulysses is a 13-year-old girl from South London who has had visual impairment since birth, and in addition, 3 years ago she lost sight in her right eye.

Alex is a very energetic and active person who loves singing and listening to music. She also enjoys watching Roman Atwood and Lance 210 on YouTube. Being full of energy, Alexandra loves physical activities such as zip wiring, rock climbing, abseiling and horse riding. Alex’s visual impairment affects her ability to see a certain distance. This results in Alex having to look closely at certain things such as writing; judging fast moving objects like catching a ball can also be a problem. 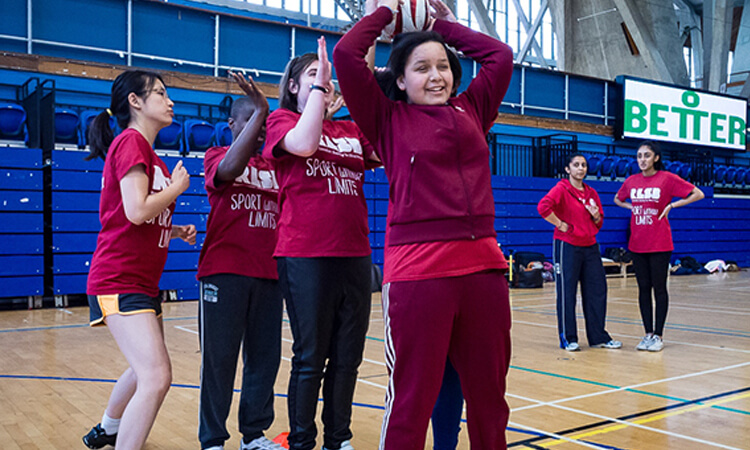 Alex is a pupil at a local mainstream school, where participating in team sports activity can sometimes be a bit daunting. So Alex, who has been attending Vision Impaired groups since she was 6 years old, wanted “to learn new skills” and she joined the Health and Well Being South London Club organised by the Royal Society for Blind Children, and delivered by our Crystal Palace FC Foundation coaches. Alex enjoys these twice-monthly Saturday sessions held at the Crystal Palace National Sports Centre, which focus on a variety of sports. The objective is always on having fun whilst developing the vital fundamentals of movement such as balance, agility and coordination. These sessions have enabled Alex to grow her confidence. She’s now made a new group of friends that she regularly sees at other events and contacts on social media.

Alexandra has always been a sporty person and has now been able to gain the vital experience of working as a team member. This has provided Alex with the skills to successfully become part of school mainstream sports lessons. When asked what she thought about the Saturday Club Alex remarked

“I most like meeting new people and learning new skills, like improving my shooting and dribbling at basketball. Dribbling helps with my coordination and balance.”

Alex goes on to say, “I encourage others to come and try all the variety of stuff we do that they may not have tried before.”

The important thing for Alex is the skills that she can adopt as she takes part in our sessions. Admittedly, she’s not a massive football fan but she really appreciates the work that the CPFC Foundation coaches do to help her in other areas. 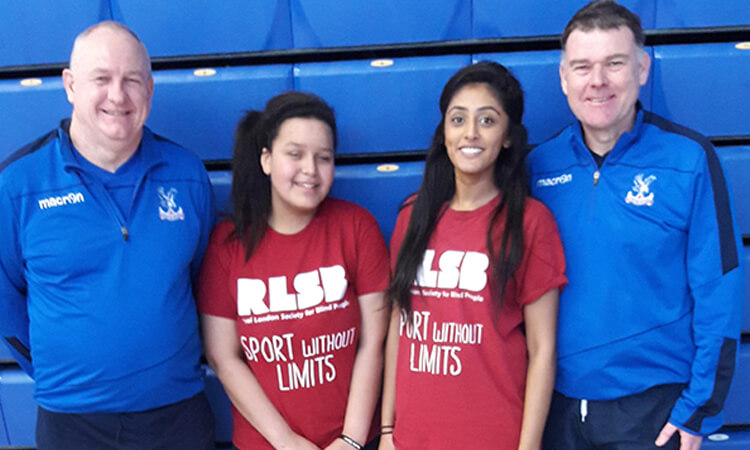 Ginisha Vekaria, Community Youth Sport Worker from the RSBC, observes the following on Alexandra’s and the CPFC Foundation’s involvement with the club.

“The CPFC Foundation’s involvement in our sessions plays an important part in regards to Alex’s progression. The coaches who deliver our sessions really understand each individual, and it is obvious Alex has benefited from this as they help cater certain skills to her needs, allowing her to achieve to her highest ability. As sessions have gone on, she has stepped out of her comfort zone and become very competitive as an individual when put in a game situation. I personally feel the Foundation’s involvement has pushed her beyond her limits and we can clearly see the positive outcomes from it. I have also recently noticed she willingly helps others who may be slightly struggling with the activity, which is great as she motivates and encourages them to carry on and to try their ultimate best.”

“The Foundation has helped in Alexandra’s development in that if the sports activity was not available, Alexandra would not be as energetic as she is, her confidence is good and has helped in working as a team. It is a joy to see Alexandra reach her full potential in achieving what she enjoys doing. She enjoys receiving praises and awards for her accomplishments.”

The CPFC Foundation support people of all ages with disabilities to improve their physical and social skills through the power of inclusion and sports participation.

If you are interested in our vision impaired sessions, or any area of our extensive disability provision, then please contact Disability Manager Michael Harrington at admin@palaceforlife.or