Good Morning Britain host Susanna Reid was the guest of honour at Heavers Farm Primary School in Selhurst, where she was celebrating a Girls’ Football Festival with Palace for Life Foundation, the official charity of Crystal Palace F.C.

Susanna, a Patron of the Foundation, joined in with football skills and mini-games as more than 50 Year 3 and 4 pupils from local schools took part in the Festival as part of the Premier League Girls programme. 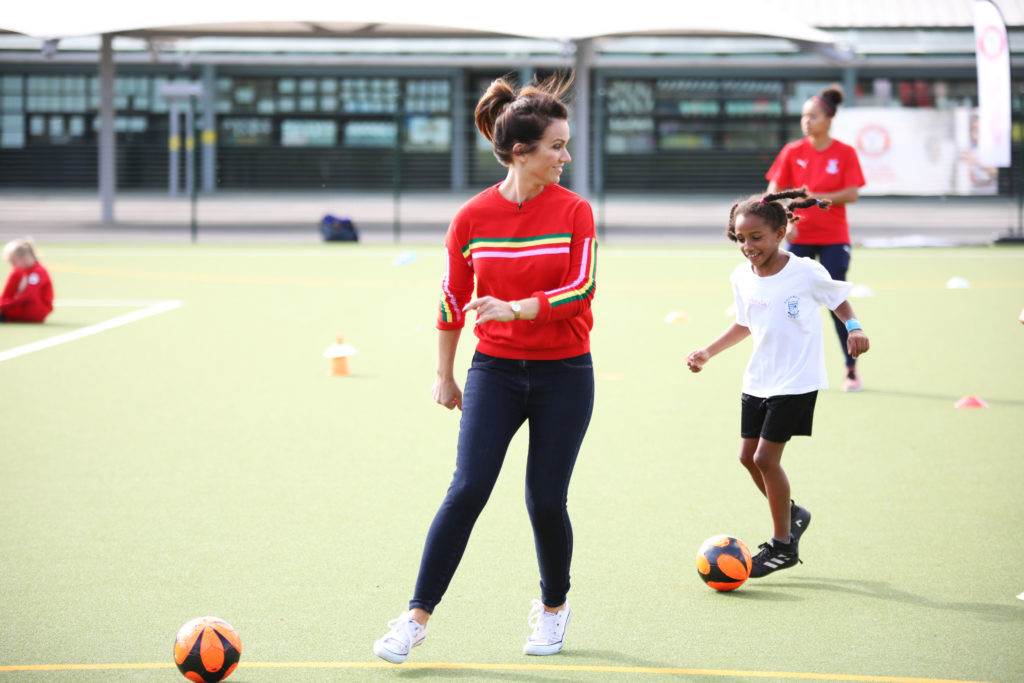 Speaking at the event, which took place on International Day of the Girl, Susanna said: “When I was at school, football was considered a boys sport and you didn’t play it, in 2018 that wouldn’t cross anyone’s mind and it’s absolutely fantastic to see so many girls playing football and enjoying themselves here.”

Lifelong Palace fan Susanna became a Patron for the Foundation in early 2018 and spoke positively about the impact of their work in the community:

“Thousands of kids are being helped by the Foundation and it was an honour to be asked to be a Patron, it’s local and it’s just fantastic to be a part of it.

“Crystal Palace has been part of my family and part of my life for a very long time, and you can see today the impact it’s having on these girls, using the power and passion of sport and football to encourage them to be more confident and active, they’re having so much fun and it’s so much fun being here.” 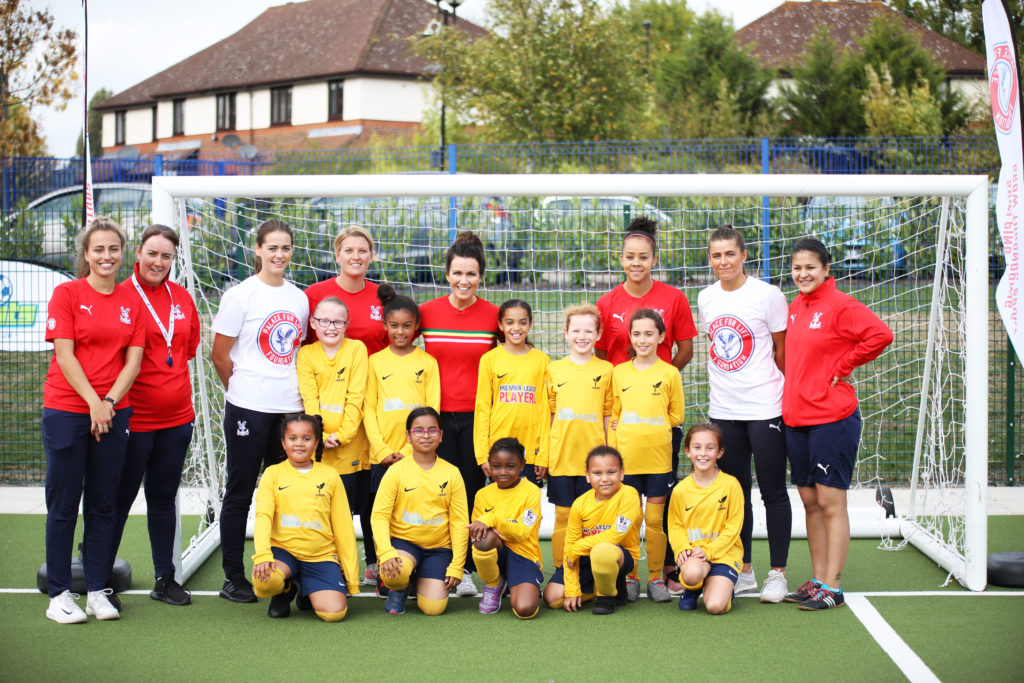 Premier League Girls football encourages girls to get involved in regular sessions that improve fitness and confidence. The Foundation delivers sessions in five primary schools each week that are focused on building girls’ confidence, running PE lessons, after-school and lunchtime activities with pupils who have been identified as needing some extra help.

One of the pupils, seven-year-old Melodie, was recommended to take part by her teacher in a bid to improve her confidence and behaviour. As a result of attending, Melodie’s school attainment has improved and she now finds it easier to focus in the classroom.

Melodie, who presented Susanna with a Palace shirt at the Festival, said: “I liked it because I got to play lots of games and I felt happy after I’d done the sessions. Pam [McRoberts, Palace Ladies player and Foundation coach] is a nice coach.” 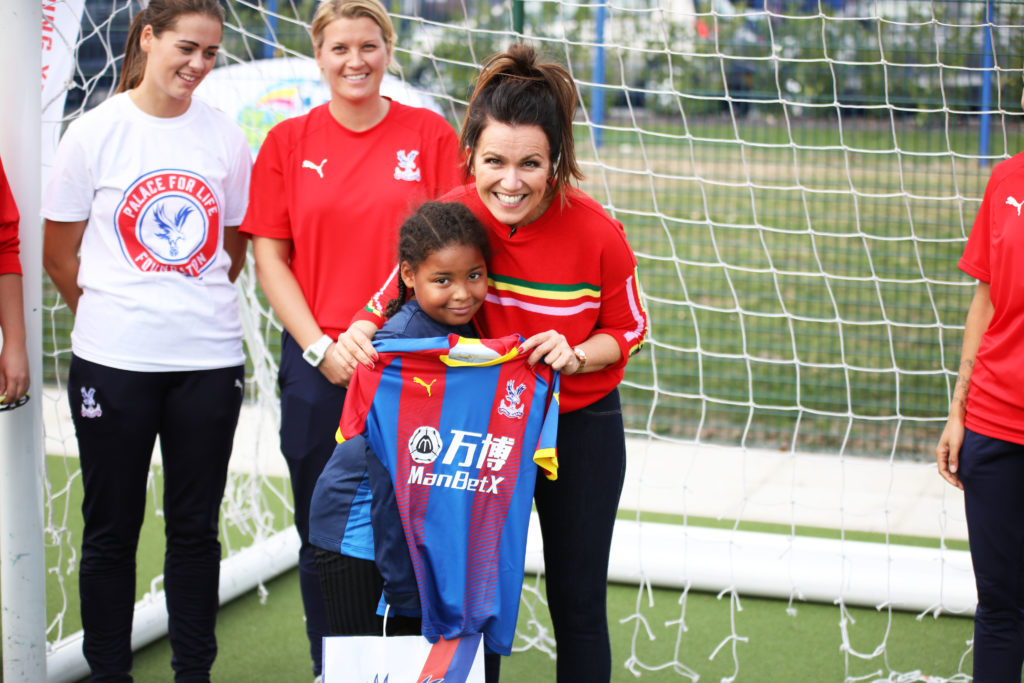 Women and Girls Development Manager at the Foundation, Roxanne Bennett added: “This is all part of our PLPFA programme for 5 to 11-year-old girls, we’re trying to inspire novice girls to play football and keep active and healthy.

“We now have more opportunities than ever before for girls to play football, whether that’s girls starting out, or ladies getting back into football later in life. We’re definitely having more girls asking to play football now in schools and that is brilliant.”