Palace Pumas started so a group of ladies could enjoy a kick about when their daughters trained, but now they’re competing in tournaments and having success of their own. 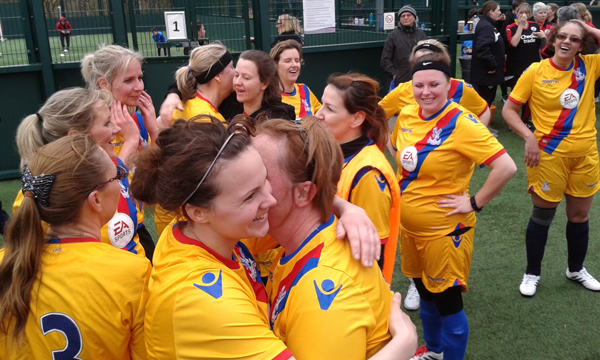 Palace Pumas have been training together for the last six weeks and are coached by the Foundation. The programme originally began with a five-week pilot to gage interest. During that time the Foundation engaged with over 15 mums attending the weekly football sessions trying soccercise, basic football skills and matches.

From the success of the pilot the Foundation continued the programme and used word of mouth and social media to recruit new players. The team now has 18 regular players which enables the ladies to compete in tournaments like the ladies recreational tournament run by Surrey FA.

Palace Pumas entered two teams into the tournament, one of which played AFC Wimbledon in the final. I hard fought match with some very tired legs but the ladies collected well deserved runners up medals. Erika Toncova, Palace Pumas midfielder said, “This was the best day for me this year, thank you all for an awesome day.”

Roxanne Bennett, Women and Girls Lead at Crystal Palace FC Foundation said, “This is the start of inspiring women to get active, try something new and enjoy playing football. These women were watching their daughters play and now have a team for themselves.” 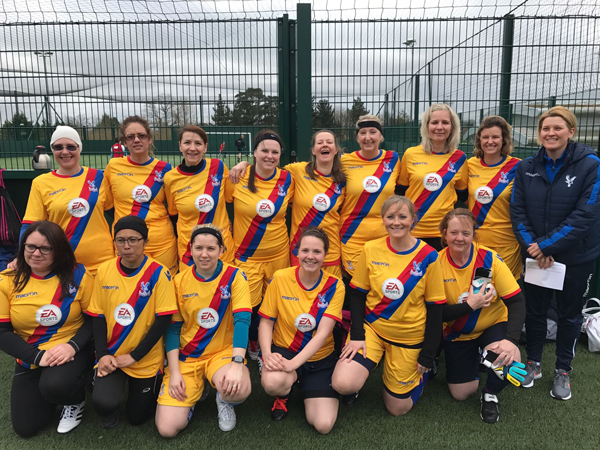 Emma Barnes, Senior Football Development Officer Surrey County FA said, “It was brilliant to see so many likeminded women together in one place embracing the benefits of football. For some of these ladies it was the first time that they had ever played in a tournament and although nervous at first, as soon as they stepped on the pitch and got started they absolutely loved it. Events like this show that there is a demand there for ladies new to football to get involved in the game.’’