The ladies recreational football group was set up in 2016 to get women more active by the Premier League Girls programme and the Foundation. Originally, the programme was trialled for 5 weeks with Caterham Pumas, a local ladies football club, and the Foundation continued it due to the success of the sessions. 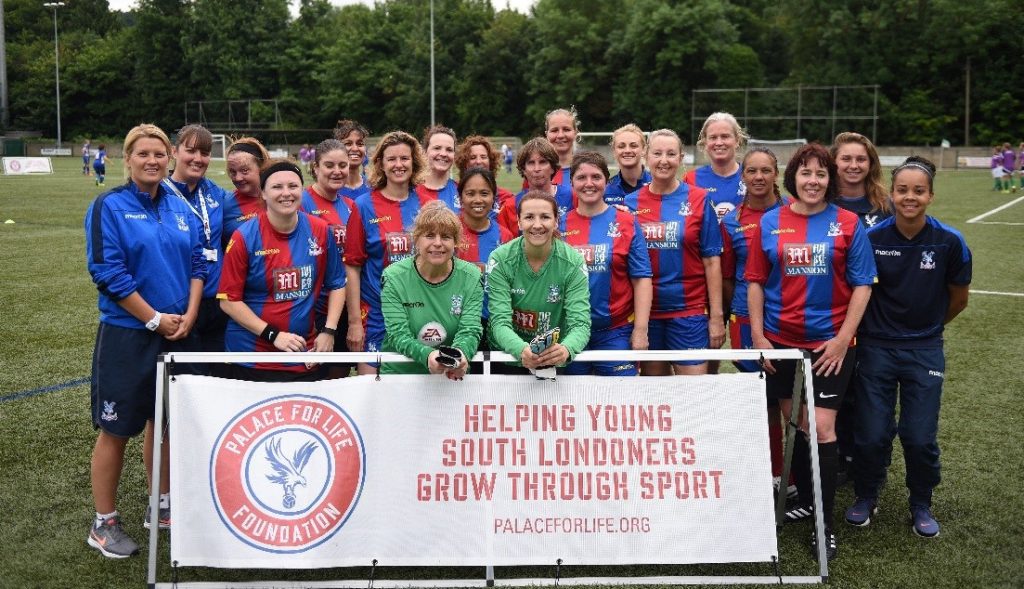 The group has grown in strength – in the past year attendance has risen to over 30 ladies and the group has competed in two tournaments against similar teams. The ladies have also bonded socially as a result of playing in tournaments together, and continue to play in structured tournaments.

The sessions have been an opportunity for new players but also for those who had stopped playing football. One of these ladies is Sam, 27, who has trained with the group for the past five months to build her confidence and fitness, leading to her attending pre-season with Whyteleafe FC Ladies.

Sam says: “I used to play when I was younger, but I stopped playing when I was 15. This has been a great opportunity to get back into football, it’s helped me with my physical health and allowed me to move onto another team and play more regular football.”

The sessions have also encouraged some mums to take on coaching roles in local grassroots clubs. Annie, 51 says: “Mums recreational football has been a huge benefit to me as a new coach. Being coached myself has increased my ability and confidence in my own delivery, helped me with new ideas and understand about the management of the individuals in the team. Every Tuesday I rush home from mum’s football and drag my son (and husband) in to the garden to try out what I have learnt. This not only reinforces it to me but is great for the family, and gets my son off the Xbox even for a short period of time!”

The sessions were aimed at older/less active women and these are the key outcomes:
* 31 re-engaged into physical activity and are more physically active
* Weight loss – many of the women have lost weight and dropped dress sizes
* Friendships – a number of the women now meet up socially and have developed friendships
* Confidence – many of the women can now put on a football kit and play matches against like-minded women without fear of being judged, and run a second session during the week independent of the Foundation
* Competition – the two tournaments this season have allowed the women to experience competition and gain a better understanding of the game
* Increased diversity – The mum’s session has a diverse mix of nationalities bringing various groups within the community together

Roxanne Bennett, Sports Development Officer says: “It has been brilliant to see so many like-minded women together in one place embracing the benefits of football. I have seen so many changes within the group from weight loss to improved football skills, and most importantly increased self-confidence. The group have become friends and started organising social events together.”